Jerry strengthens into a hurricane, T&T not expected to be impacted 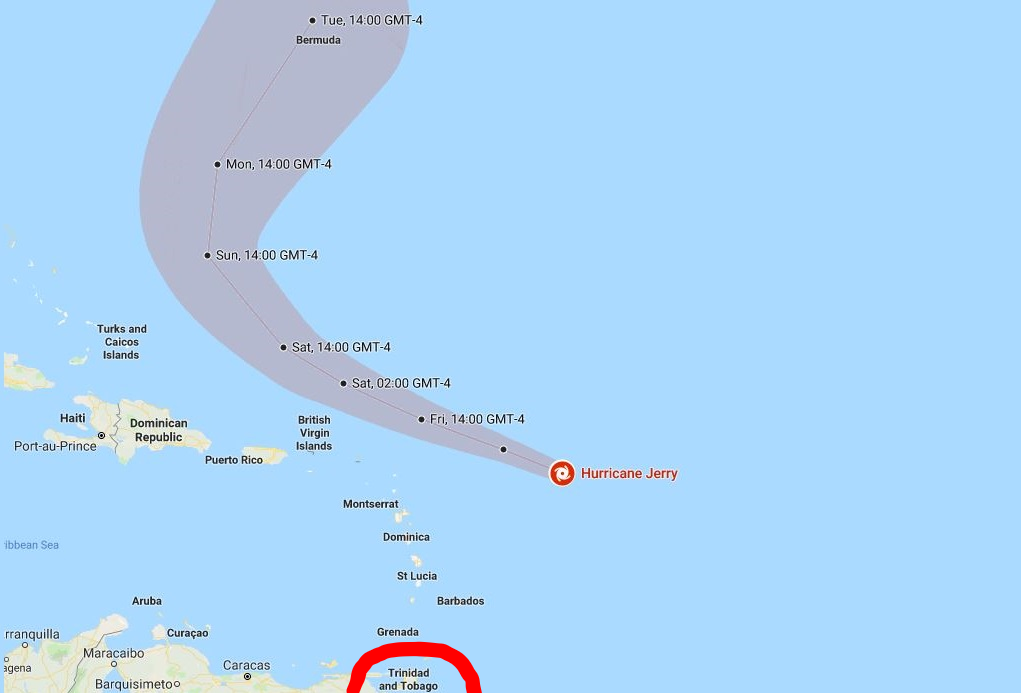 Jerry has strengthened into a category 1 hurricane according to the Miami-based National Hurricane Centre.

Jerry is the 10th named storm of the 2019 Atlantic hurricane season.

In issuing an advisory on Friday, the Trinidad and Tobago Meteorological Service (TTMS) notes that the islands will not be affected.

"On the current forecast track, this system poses no direct threat to Trinidad and Tobago or Grenada and its dependencies."

According to the TTMS, around 11 am on September 19, 2019, the centre of Hurricane Jerry was located near 16.8ºN latitude 54.4ºW longitude or about 785 kilometres East of the Leeward Islands.

A tropical storm watch is in effect for:

Interests elsewhere in the northern Leeward Islands should monitor the progress of Jerry.

Additional watches could be issued later on Thursday.

Hurricane Jerry is moving to the west-northwest at about 26 km/hr.

On the current forecast track, Jerry is expected to pass just north of the Leeward islands on Friday.

Maximum sustained winds have increased to near 120 km/hr with higher gusts.

Additional strengthening is expected during the next day before some weakening begins this weekend.

Numerical prediction models have this system affecting the islands of the northern Leeward Islands sometime on Friday.

The TTMS says it will issue another statement at 6 pm or sooner if necessary.

Bermuda gets ready for pass by Category 3 Hurricane Humberto