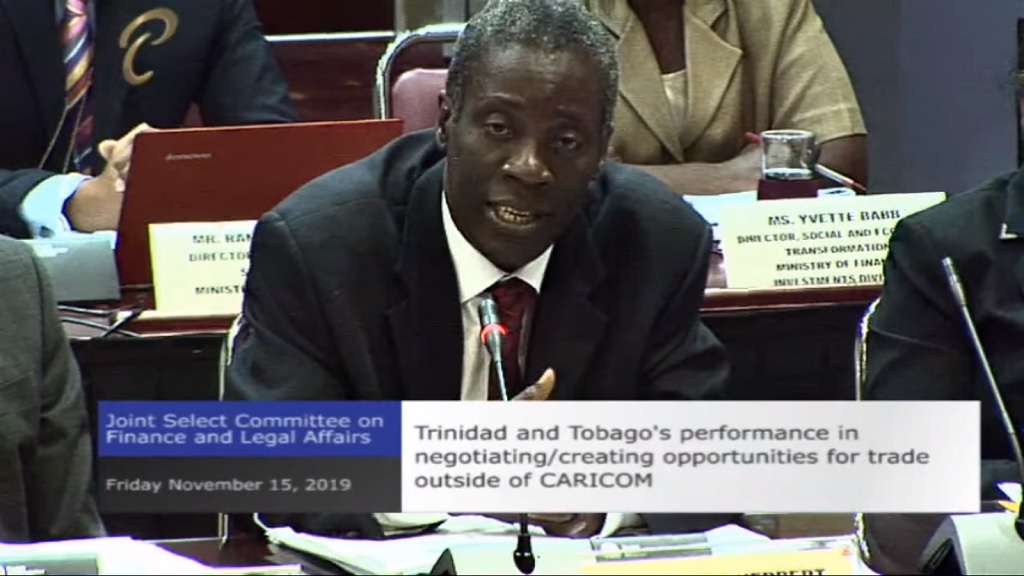 There is some confusion over the use of energy and non-energy terms within the trade sector in Trinidad and Tobago, according to state officials.

The revelation surfaced during a Joint Select Committee on Finance and Legal Affairs to discuss ‘Trinidad and Tobago’s performance in negotiating/creating opportunities outside of CARICOM’.

JSC member Dr Lester Henry noted that there was a surge of non-energy exports to African countries.

Dr Henry pointed out that non-energy exports to Africa jumped from $104 million to over a billion dollars in 2018.

“There was a bright spot…in terms of our non-energy exports to non-CARICOM regions, the area that seems to me that the best area of potential seems to be Africa because the figures are quite good, going from $104 million over a billion dollars (in) 2018,” he said.

However, Permanent Secretary Norris Herbert said the cause was energy-related.

Randall Karim, Director of Policy and Strategy at the Ministry of Trade and Industry said the confusion has existed for some time.

“All trade data is generated by the customs and brokers clerks and filed with the Customs and Excise Division. Those declarations are then sent to the CSO (Central Statistical Office)…because there are several mistakes and error in the entries, there’s this laborious process where they…sanitise and make corrections.”

“There’s no common agreement among the arms of government on what is energy and non-energy. If you look at the publications being produced by the Central Bank, the Ministry of Finance and the CSO, you will see different vernacular being used."

Karim said additionally there are two different types of classification terminology, and the Central Bank and the Customs and Excise Division use different ones.

“When you look at non-energy exports it’s difficult to tell…unless you delve deep into line-by-line items, to say definitively which (is which).”

“The Ministry of Trade has made…proposals to harmonise that classification. We do have a submission (and) we intend, through our Minister, to meet with Cabinet for government to sort out this challenge because it causes a lot of uncertainty and inaccurate policy analysis by different agencies in commentating on energy and non-energy export performance,” he said.

“African countries, many of them are oil-rich…when I see this huge jump, first of all, which African countries have our non-energy exports increased to and what products, are they all energy-based products?”

The Permanent Secretary said however that the information would be submitted in writing later on.

In the May 2018 Mid-Year Budget Review, Finance Minister Colm Imbert said the non-energy sector was estimated to grow from 1.2 percent to 2.9 percent in 2020.