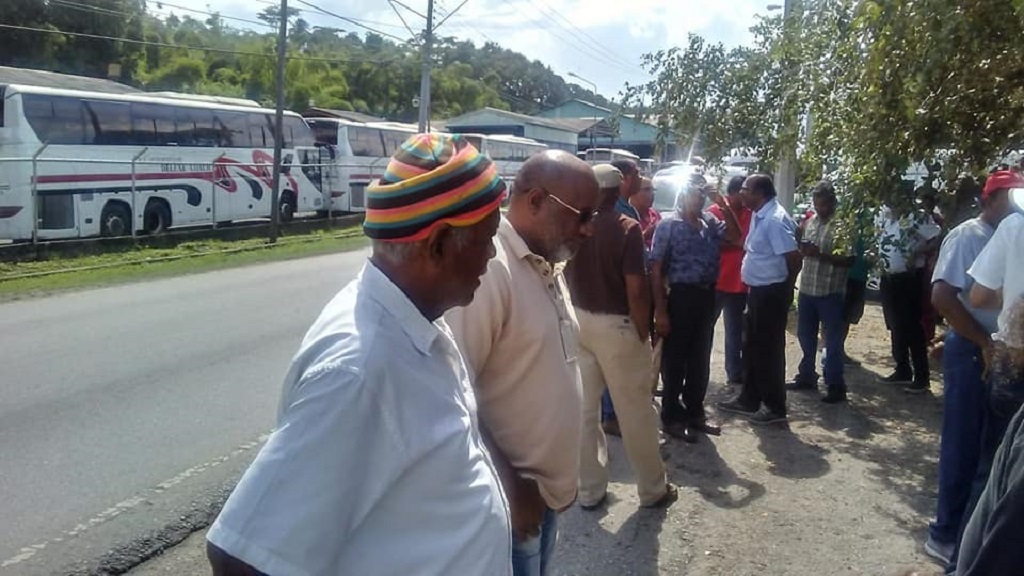 The Joint Trade Union Movement (JTUM) is accusing Education Minister Anthony Garcia of lying to the public as they referred to comments he made during an interview with TV6 News.

It comes on the heels of protests by school maxi drivers on Tuesday over the Government’s failure to pay 300 dri­vers more than $10 million in out­stand­ing fees for the pe­ri­od Septem­ber to No­vem­ber.

JTUM adds that it stands in solidarity with the Association of Maxi Taxi’s (AMTTT) decision to stop transporting school children should they fail to be paid by November 22, 2019.

The union also called for all outstanding debts to be cleared.

“JTUM sees this as a lack of respect and a complete disregard to the providers of an essential service in this country. JTUM calls on Ministry of Education and the Public Transport Service Corporation to pay ALL outstanding monies owed to maxi taxi drivers contracted to transport school children forthwith.”

Meanwhile, JTUM lamented that maxi drivers are forced to work additional hours because the Public Transport Services Corporation (PTSC) fails to deliver on their contractual responsibility.

“It is incomprehensible to believe that a government who purports to care and adamantly boast about “GETTING THE JOB DONE” is yet to pay these hard-working comrades for the work they tirelessly do.”

It further notes that 40 years since the introduction of maxi taxis into the public transport system, their facilities remain “deplorable”. The union cited the one at City Gate likening it to the landfills.

“The travelling public must be treated with dignity and JTUM call on the government to improve the various facilities across Trinidad and Tobago.”