Jury may soon hear from Cosby, even if he doesn't take stand 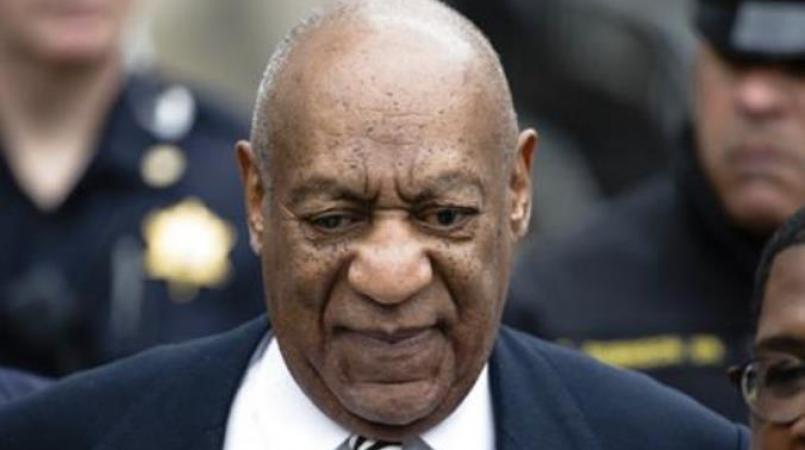 A jury that heard seven hours of testimony from a woman who says Bill Cosby drugged and assaulted her may soon hear from Cosby himself — even if he doesn't take the stand.

Prosecutors are expected to show jurors an earlier deposition in which Cosby said that he routinely gave women pills and alcohol before sexual encounters and gave at least one of them quaaludes, a now-banned sedative.

The suburban Philadelphia jury on Wednesday heard trial accuser Andrea Constand offer her most direct denial yet that any of their earlier meetings were romantic.

"It wasn't a romantic time, no," Constand, 44, of Toronto, said of an earlier fireside dinner with Cosby, a trustee at Temple University, where she directed the women's basketball team.

The jury also heard Cosby's voice on a 2006 telephone call, offering Constand money for graduate school after her mother called to confront him about the encounter at his home a year earlier.

"She could go to school," he said. "If she wanted to do that, then I would be willing to ... pay for the schooling."

Cosby, now 79, acknowledges in the deposition from Constand's related lawsuit that he gave her three blue pills before fondling her breast and penetrating her with his fingers. The only question for the jury is how to interpret the encounter. Prosecutors say she was too impaired to give consent.

The defense lawyer sought to show that Constand changed her mind about the date of the alleged assault. But Constand perhaps blunted the attack by saying she got confused and initially thought the episode happened in March 2004.

"I was mistaken," she said, unflustered.

Gianna Constand, who followed her daughter to the stand, sounded alarmed at the thought Andrea had been drugged, and angry that they still don't know what type of pills Cosby gave her. Andrea Constand said the pills left her paralyzed and unable to stop Cosby from penetrating her with his finger and putting her hand on his genitals. She said she was still woozy when she woke up six hours later.

The defense spent hours on cross-examination trying to suggest the sexual encounter with Cosby was consensual, based on Constand's previous visits to his home and continued contact afterward.

Constand's case is expected to get to the jury sometime next week. Prosecutors, before then, plan to call an expert in the behavior of sexual assault victims to explain why some remain in contact with their abusers and wait before lodging a complaint.

The defense may call a memory expert to cast doubt on the accuracy of testimony about long-ago events. Cosby was arrested in 2015 after his deposition became public and prosecutors reopened an earlier 2005 investigation that ended with Cosby not being charged.

Some 60 women have come forward to say Cosby sexually violated them, but the statute of limitations for prosecution had run out in nearly every case. Constand's case is the only one in which Cosby has been charged. The Associated Press does not typically identify people who say they are victims of sexual assault unless they grant permission, which Constand has done.

Cosby's accuser stands by her story under cross-examination