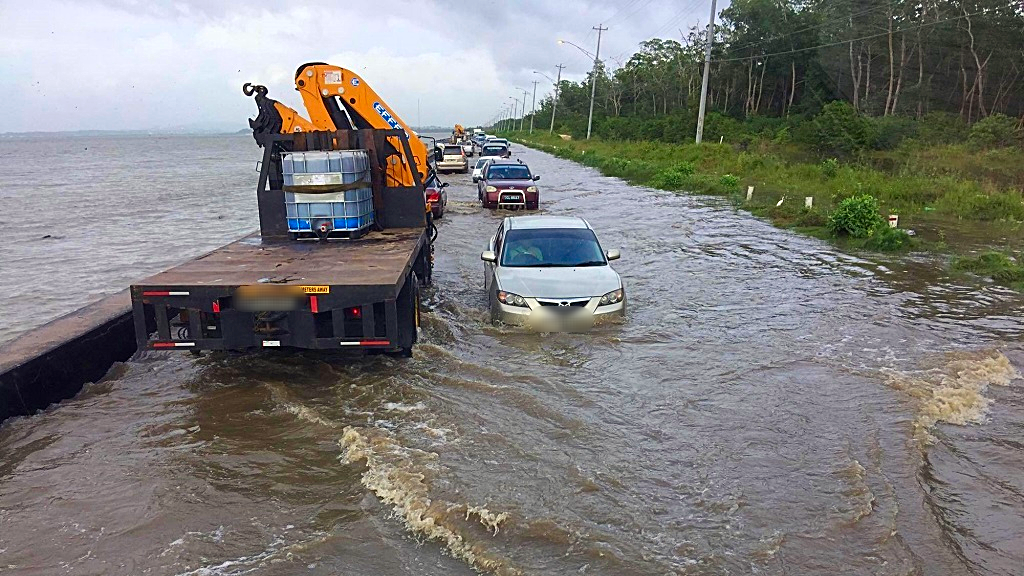 Construction company Jusamco Pavers Ltd (Jusamco) has been awarded a contract for the Point Fortin Highway project at a cost of $280 million for work on the Mosquito Creek stretch.

Speaking at Thursday’s post-Cabinet briefing, Minister of Works and Transport Rohan Sinanan said the company will take on the problem-prone stretch of highway from Godineau Bridge to Mosquito Creek bridge.

“When we started this project last year it was divided into 12 packages. Cabinet was able to successfully award three of the packages last year and I’m happy to report that those three packages are about to be handed over. We have a date for the opening of those segments in the second week of July," he said.

“Cabinet took the decision to award package 5A which would have been one of the most challenging packages on that highway.”

“That segment of the highway would have been a challenge from inception. Cabinet today awarded that package to Jusamco Pavers Ltd, it came in at 6.5 percent ($280 million) below the revised budget (initially $300 million). That will ensure that the completion of this highway is on target for early 2020,” he said.

The contract was awarded at a cost of $280 million, 6.5 percent cheaper than government’s proposed estimate of $300 million.

Imbert said the original estimate for this segment was $400 million under the previous People’s Partnership government.

The package is one of 12 that comprises the Point Fortin Highway extension project, which is due to be completed by 2020.

Of the 12, two packages were awarded to Junior Sammy Contractors Ltd and are due to be commissioned in July.

One package was awarded to Lutchmeesingh Transport Contractors which has been completed within budget, according to Sinanan.

Four other packages are being evaluated and the rest are in the process of being tendered out.

“The prices we’re getting is back down to the 2009 price. This contract should have been done for the budget of $4.5 billion, it should have never reached $7 billion,” he said.

The initial 2009 budget for the Point Fortin Highway project was $4 billion but rose to $7 billion under the previous government.

The project was initially contracted to Brazilian firm OAS Construtura, however, the company declared bankruptcy in 2015 and halted work on the project.

Government said the continuation of the highway will be funded using money recovered from the standby letters of credit in the litigation involving OAS Construtora.