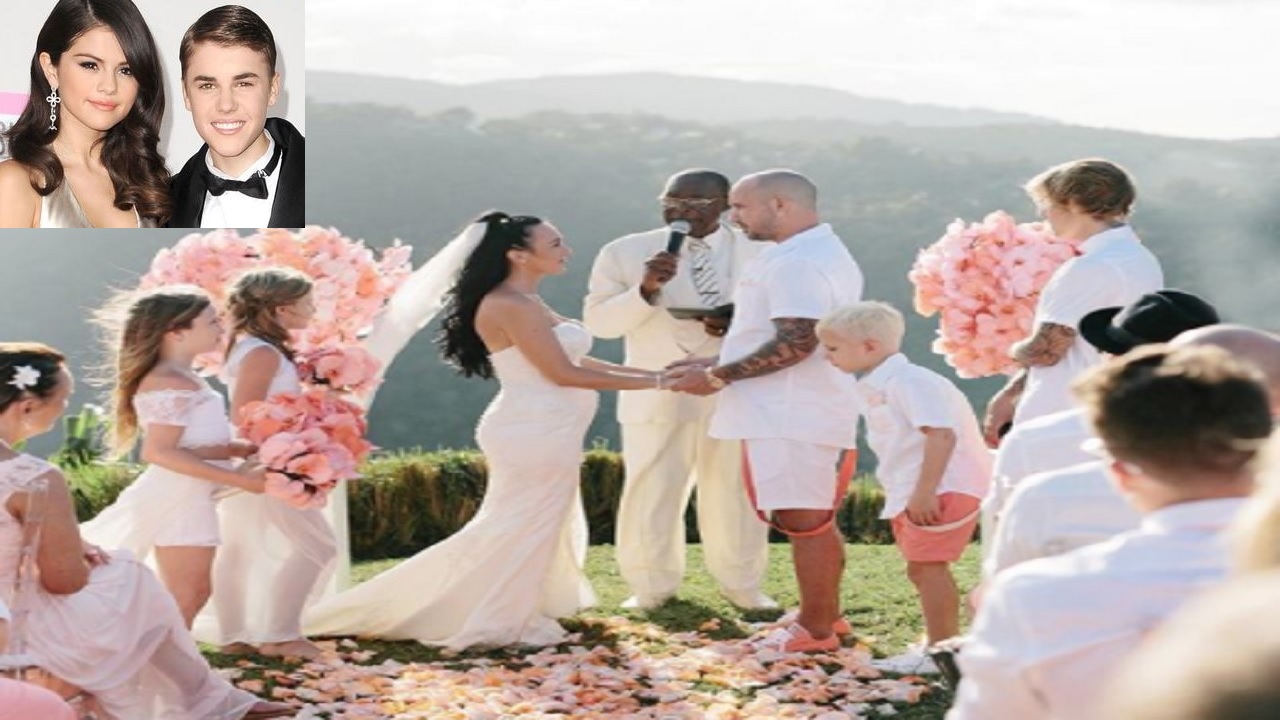 Justin Bieber's father Jeremy Bieber and Chelsey Rebelo exhange vows in Jamaica earlier this week. (Inset: AP file photo of Selena Gomez and Justin Bieber, who were also on the island for the wedding)

Jamaica continues to benefit from a raft of high-profile visits by celebrities, ranging from pop music stars to a former US President.

On the heels of the island in December copping the World’s Leading Wedding Destination award from the World Travel Awards held in Vietnam, pop stars Justin Bieber and his girlfriend Selena Gomez are in Montego Bay for the wedding of Bieber’s father, Jeremy and new stepmom Chelsey Rebelo.

Tourism Minister Edmund Bartlett, who this weekend will receive his Caribbean Tourism Minister of the year award from Caribbean Journal, pointed out that high profile visits to the island, “enable the destination to effectively promulgate it’s diverse offerings to specific and very important demographics while showcasing the island as a must do for a great vacation experience. We are undoubtedly a multi-faceted destination.” 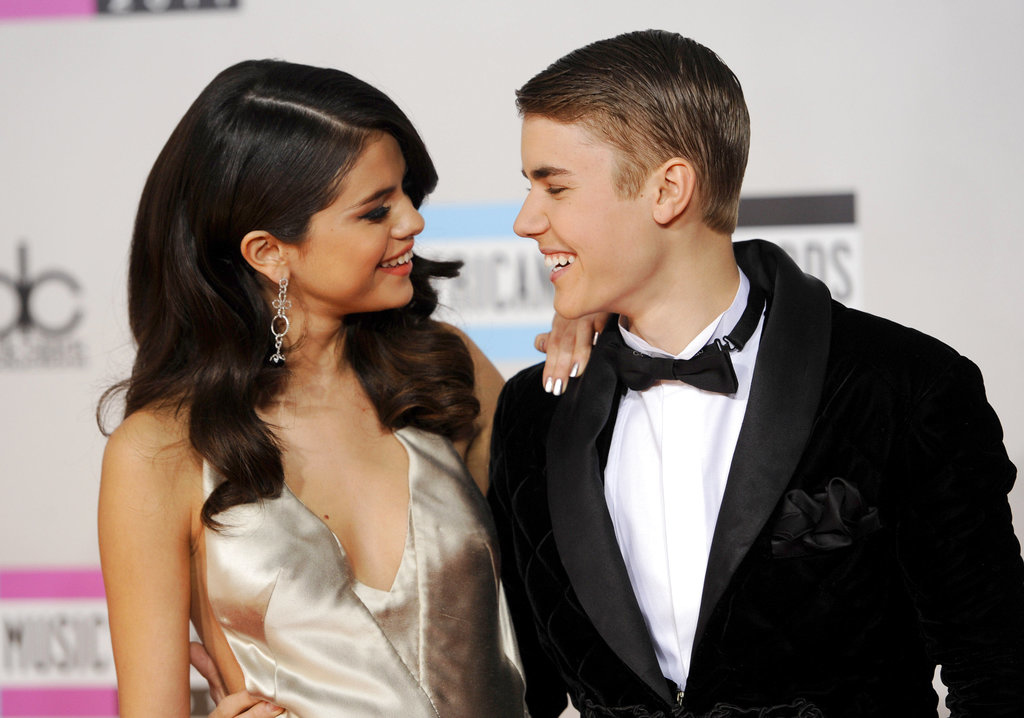 Bieber and Gomez's visit follows that of Russian Tennis Star Maria Sharapova, who vacationed in and around Montego Bay, staying at the famed Round Hill Hotel and Villas. There, Sharapova spent 15 minutes on the tennis court with a guest as part of a charity effort. Another famous pop music celebrity, Shawn Mendez, vacationed in Portland last week, while Singer Solange Knowles, sister of Pop star Beyonce, vacationed earlier this month on the island.

Meanwhile, Billionaire Fashion Icon Ralph Lauren, who owns a vacation home on the outskirts of Montego Bay, spent several days on the island and was recently honoured by Hanover Charities at their yearly Sugar Cane Ball at Round Hill. Prime Minister Andrew Holness and Tourism Minister, Bartlett officially acknowledged Lauren’s love and philanthropic work on the island.

Senior Advisor and Strategist to Tourism Minister, Delano Seiveright noted that, “Jamaica, and in particular Montego Bay, is seeing an uptick in wealthy and celebrity tourists some of whom take to their social media platforms, with millions of young fans each, to publicise their vacation giving us incredible positive publicity. For Montego Bay in particular it is very good”.

Highlighting a surge in celebrity and wealthy visitors, Chief Executive Officer of MBJ Airports, operators of Montego Bay’s Sangster International Airport, Rafael Echavarne recently noted that, “from December 23 to December 31 a total of 60 private jets were accommodated at the Airport with December 26th recording the highest number with a total of 18 private jets accommodated, the place was absolutely full.”

Just late last month, former US President Bill Clinton vacationed in Montego Bay and its environs for a weekend spending on the golf course at Tryall Club. Among the high profile party was former Governor of the US State of Virginia, Terry McAuliffe who also served as chairman of the Democratic National Committee from 2001 to 2005, was co-chairman of President Bill Clinton's 1996 re-election campaign, and was chairman of Hillary Clinton's 2008 presidential campaign.

Bartlett pointed to provisional data from the Jamaica Tourist Board showing a roughly seven per cent increase in the number of stopover tourists for the month of January compared to the same month last year. A record 4.3 million combined stopover and cruise tourists visited Jamaica in 2017.

This according to Bartlett represents a 12.1 per cent increase over arrivals in 2016. “it is the first time that…we brought more than 500,000 additional visitors and near US$500 million more in a single calendar year.” he noted.

8 places to visit in Jamaica outside of Montego Bay