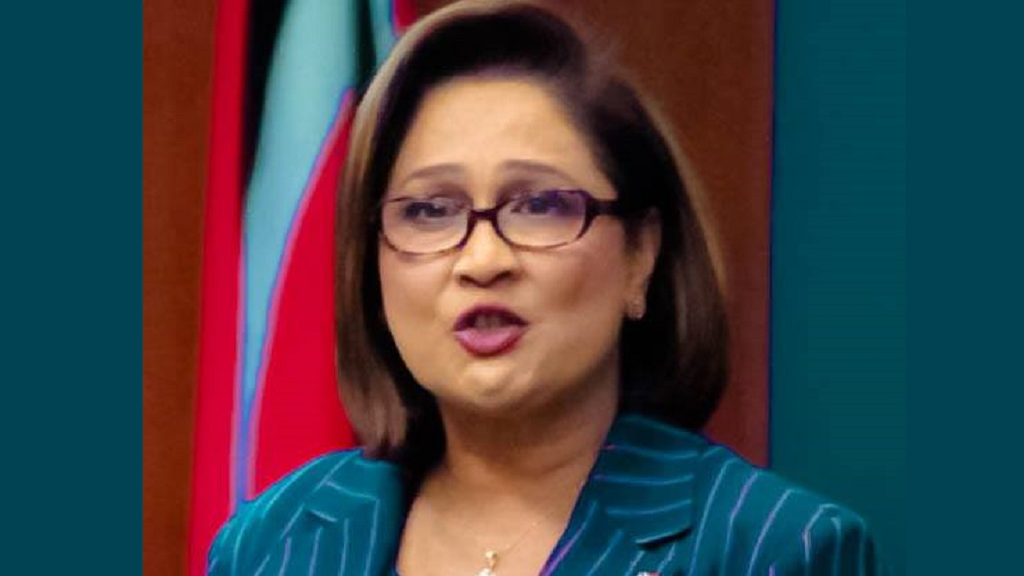 Opposition Leader Kamla Persad- Bissessar has condemned the incident in which Laventille West MP Fitzgerald Hinds was doused with flood water by residents of Beetham Gardens.

The incident occurred on Tuesday during a tour of areas affected by flooding.

Hinds along with Councillor for the Laventille/Picton area, Akil Audain visited Beetham Gardens following flooding which occurred on Monday but, were instead chased out of area by some angry residents, who dashed flood waters on them.

The Laventille West MP has since reported the matter to the police.

Speaking with reporters during a free health clinic at her constituency office in Siparia on Saturday, Persad Bissessar said she does not condone such actions.

However, Persad-Bissessar said she sympathizes with the citizens.

The Opposition Leader said citizens are fed up and frustrated.

“I do sympathize and empathize and understand the level of frustration that people are feeling in this country. People are fed up, they don’t have jobs, they don’t have infrastructure and even when you can’t give everything give love. And this government shows arrogance, they haven’t shown any level of caring. And when people raise issues, instead of listening to those issues, and waking up they become more abusive and more arrogant.”

Meanwhile, the Beetham Gardens Community Council has since issued an apology to Hinds.

In a statement, the Council distanced itself from the incident saying it was the act of only a few residents, who in no way represent the community of Beetham Gardens.

“On behalf of the council and its members the residents of the Beetham Community wishes to sincerely and publicly apologize to the Honourable Member of Parliament for Laventille West and Acting Attorney General of the Republic of Trinidad and Tobago Mr Fitzgerald Hinds and the Councillor for the Laventille / Picton area Mr Akil Audain for the despicable behaviour and gross disrespect shown to their office and to themselves as human beings.”