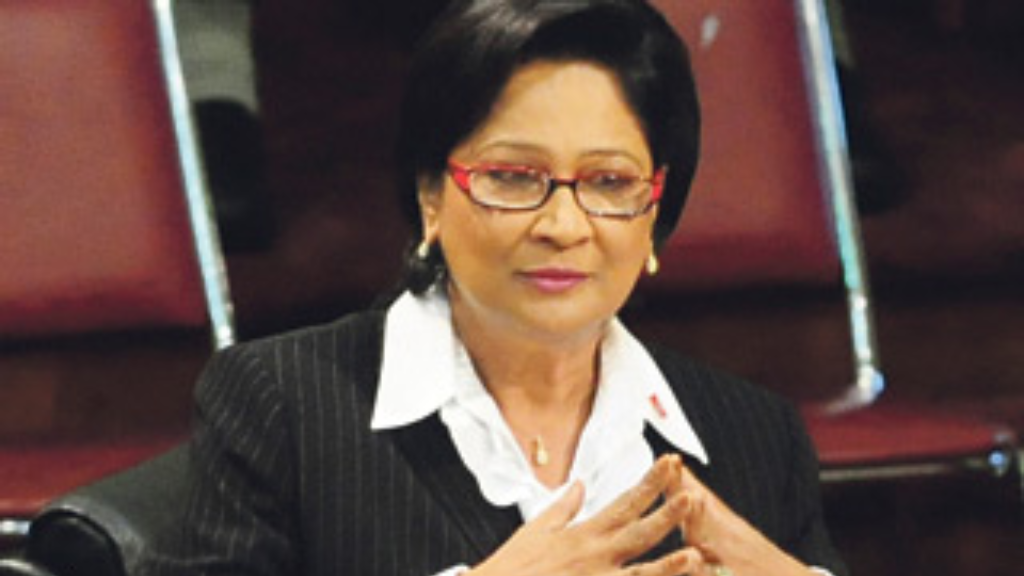 Opposition Leader Kamla Persad-Bissessar is calling on the Government to take a cautious and pragmatic approach to the Petrotrin issue amidst reports that the refinery will be closed with over 2000 people affected.

In a statement issued on Tuesday, Persad-Bissessar advised the Government to handle the restructuring of Petrotrin with caution as it could have immediate and long-term effects on the economy.

She said members of the public have already been asked to wait until Sunday for a statement from the Prime Minister on an issue that has gripped the public’s attention for weeks and which has now been compounded by the statement from the Board of Directors stating that it was cheaper to import fuel than to continue production.

“While people have been concerned about massive job losses and how that will impact an already declining economy, we have been forced to endure endless gimmicks by the Government instead of a sober and deliberate message on the state of our affairs. To embark on a restructuring of Petrotrin, without a detailed and well-articulated roll out plan, but as an ill-conceived attempt of an Administration that has achieved nothing in three years, to claim that they will be our saviours, will be detrimental to our country’s economic viability.”

The UNC leader said Trinidad and Tobago needs a sensible and cautions approach and a Government that cares about the major humanitarian impact any restructuring will have on the people of our country.

“Change is inevitable, but the Keith Rowley administration has already proven that they are willing to act in a callous and arrogant manner giving little to no thought about how their actions affect the everyday lives of people.”

She added that since the Rowley administration came into power, there has been a rise in the cost of living, thousands of people retrenched and thousands more who remain unemployed or underemployed.

In light of this, she called on the government to let good sense prevail as more people live in fear of being placed on the breadline and increasing fuel prices.