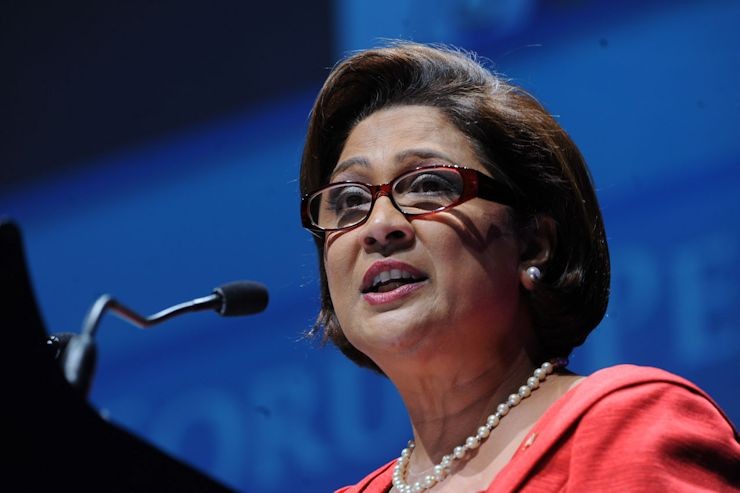 Persad-Bissessar issued a statement on Wednesday night after the AG announced that the Government will probe the firm's link to the former People's Partnership Government regime.

She says the Opposition intends to file a motion of breach of privilege for his claims.

"The Attorney General’s statement, by virtue of what appears to be calculated omissions and deliberate vagueness, amounted to a mischievous effort to mislead the Parliament, and by extension, the citizens of Trinidad and Tobago, in what is undoubtedly an important issue regarding their privacy rights in the uncontrolled and largely unregulated global virtual world of social media."

"This ongoing pattern of using Parliamentary privilege to willingly and knowingly deceive the population is now a dangerous trait of the current PNM administration and its leading members, and it is significantly dangerous to the welfare, democracy and integrity of the Parliament and we intend to file a motion of breach of privilege by the Attorney General in parliament, at the earliest opportunity."

This news comes as former Cambridge Analytica employee now whistleblower, Christopher Wylie, testified before a House of Commons in the United Kingdom, that the firm worked with the T&T government in 2013. He mentioned a former national security minister and the illegal monitoring of internet browsing in T&T.

In response, Persad-Bissessar once again denied her personal involvement with these companies (Facebook and SCL Cambridge Analytica), as well as refuted all claims about the UNC's involvement.

She also referenced an online article which said that a company affiliated with SCL Cambridge Analytica in 2013, did political work in Trinidad and Tobago for the Congress of the People political party.

"It is therefore evident from this respectable and credible news report from the CBC News of Canada that the UNC was NOT the political party referred to by Mr Wylie, nor were any of its sitting members of the People’s Partnership Government."

"It can also be concluded that the Attorney General had easy access to this public information, yet deliberately opted to omit it from his Parliamentary statement in an effort to wrongly and unjustly smear the UNC and its leader and members."