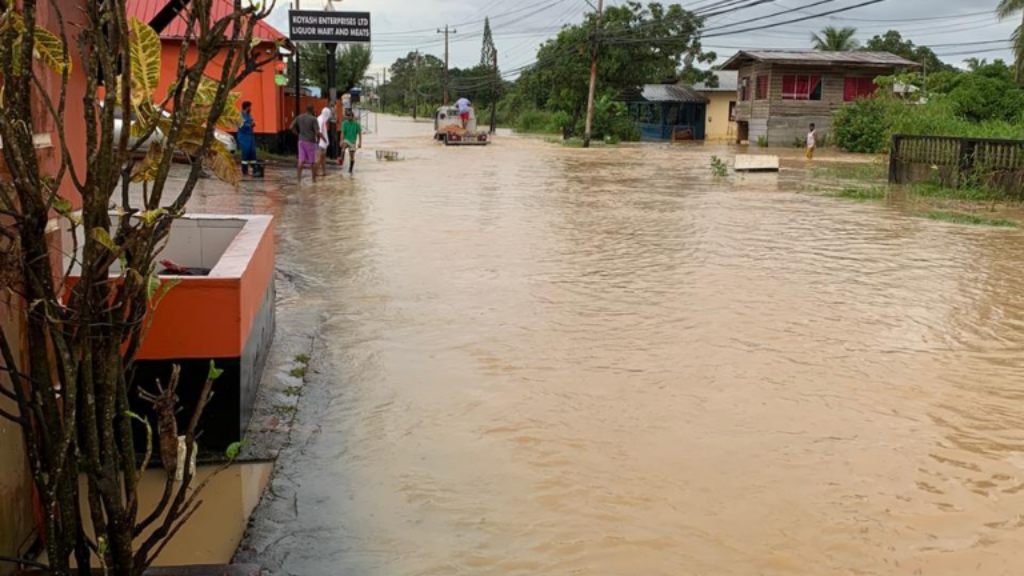 The United National Congress (UNC) has criticised the Government for its absence on the ground as residents in Central and South Trinidad grapple with the aftermath of heavy rains and flash flooding on Thursday.

In a statement on Friday, UNC leader Kamla Persad-Bissessar said the Prime Minister and members of this Government are nowhere to be found in the midst of citizens dealing with flooding.

She said the disaster is being ignored by Government, noting that there was no mention of it at Thursday’s post-Cabinet press conference.

Cabinet on Friday indicated that it is expected to meet on assistance for those severely affected by flooding.

The UNC said, however, that this is the fourth year under the current administration that citizens have been affected by severe flooding.

“This is the fourth year citizens are facing the destruction of property and threats to their lives as they grapple with another flooding disaster.  Many are still trying to get back on their feet after incurring losses in flooding in previous years.”

UNC Members of Parliament and local government representatives, led by Persad-Bissessar, have been on the ground in their constituencies providing relief to affected citizens.

She took a jab at the Prime Minister, blaming him for the current situation with flooding.

“I remind the Prime Minister that he is not Prime Minister of PNM constituencies alone - he is duty-bound to protect citizens and prevent disasters such as this from occurring,” the Opposition Leader said.

“These people continue to suffer as a result of Keith Rowley’s incompetence and inability to govern.”

She called on the Prime Minister to visit the communities in South Trinidad hard-hit by Thursday’s floods.

“I call on the Prime Minister to come down to these places - Barrackpore, Debe, Penal and witness the extent of this flooding crisis,” she said.  “Don’t just come down when you want to beg for votes - come and help the people!”

She said the UNC’s flood relief efforts continue today. She said the party is working to provide hot meals, water, and assistance with cleanup where possible.

Further, she issued a call to the Government to take immediate steps to provide assistance to flood victims and implement a workable plan to address the problem of perennial flooding in the country.

HDC: No flooding in homes in Greenvale