Kamla has no plans to step down, says work not done 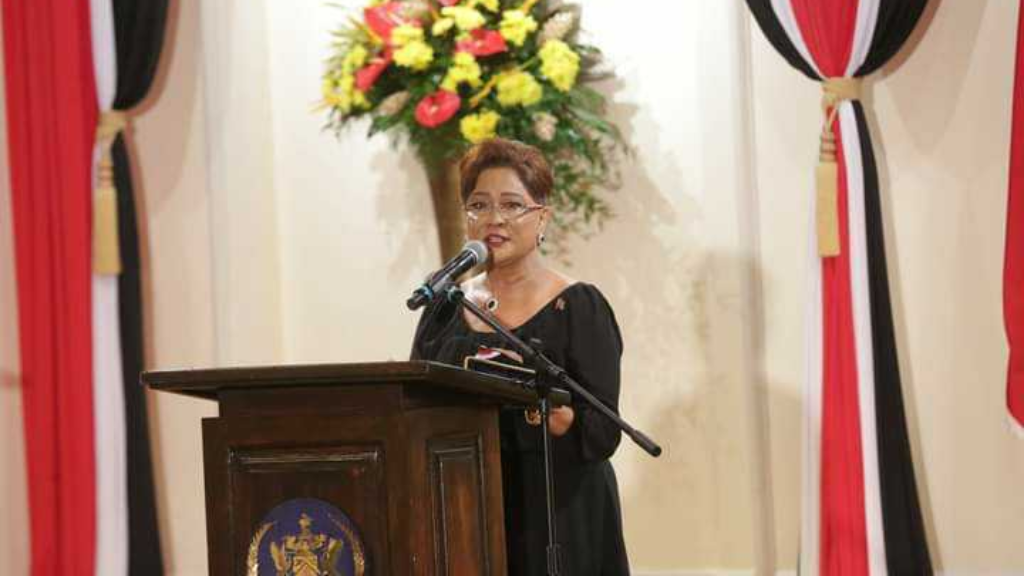 Pictured: Opposition leader Kamla Persad-Bissessar speaks before receiving her instruments of appointment following a ceremony at President's House, St Ann's on August 25, 2020. Photo via Facebook, The Office of the President of Trinidad and Tobago.

Leader of the United National Congress (UNC) Kamla Persad-Bissessar has welcomed contenders to step up to the plate and contest the party’s leadership when its internal election is announced.

Speaking with reporters following her reappointment as Opposition leader, Persad-Bissessar, who has faced criticism following the latest election defeat, said all are welcome to throw their hat into the election ring.

With the leadership election held every three years, the next is due November this year.

Whether she would be seeking to retain her post as political leader of the UNC at the upcoming polls, is still to be determined.

Asked directly on plans to recontest the position, she replied: “That is to be given further thought.” She did not elaborate any further.

Questioned on succession planning within the party, Persad-Bissessar said she did not have a replacement in mind in the event that she decides not to contest the leadership election.

She said she would not “anoint” any member as the next leader.

“I do not intend to voice anyone upon the party as leader, deputy leader or whatever it may be. Let each person put forward their names and it’s a democratic process.

Let the membership decide it; that is their right.”

To criticism from Dr Fuad Khan and Devant Maharaj, two former ministers under her administration, she said, “You notice they both did not get back a seat so let’s move along.”

She said there may be “one or two” calls for her to resign as leader but she is strengthened in her resolve at the helm of the party, buoyed by the support she has received from the “300,000 plus voters” who put their confidence in her at the 2020 polls.

She said the fact that she accepted the appointment as Leader of the Opposition was an clear indicator that she had no plans to step down.

Persad-Bissessar said her work as political leader is not yet complete and she must continue to be the voice of the people both inside and outside of the Parliament.

Kamla: Opposition to be 'formidable force' inside, outside Parliament