Kamla kicked out of Parliament for unruly conduct; Opposition walks out 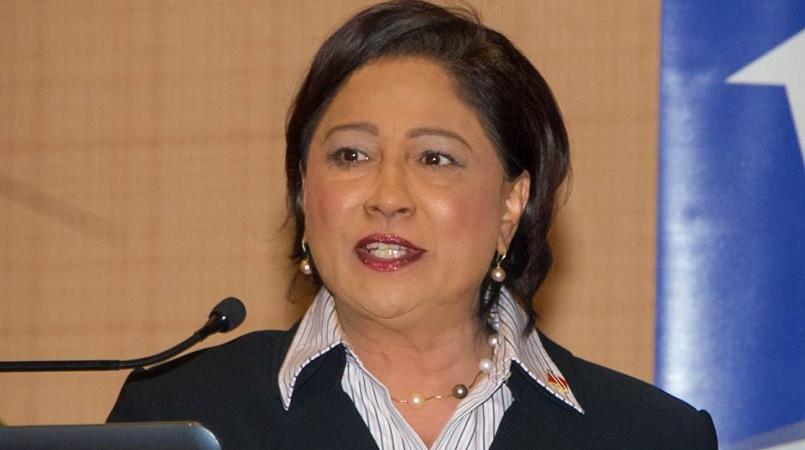 After vowing to support ‘good law’ and work over the weekend regarding pending legislation for the Foreign Accounts Tax Compliance Act (FATCA), Opposition walked out of Parliament on Friday.

Opposition conducted the walkout after Opposition Leader Kamla Persad-Bisessar was asked to leave for unruly conduct during debate on the Tax Information Exchange Agreements Bill 2016.

Persad-Bisessar: “I object, you are speaking untruths. You are not telling the truth in this Parliament. Lies!”

The Speaker then ruled Persad-Bisessar’s conduct as gross disorder and invoked Standing Order number 55(4), asking her to remove herself from the Chamber for the rest of the sitting.

Princes Town MP Barry Padarath then screamed "absolute nonsense" following the Speaker's ruling, and was also asked to leave, which led to all of Opposition leaving Parliament around 4:30 pm.

“The Opposition is currently walking out of the Chamber because you have ruled on unruly conduct by no less a person by a past prime minister, the current leader of the opposition, where there is no explanation whatsoever from the Opposition as to why they cannot sit down and do the people’s business today on three issues.”

“The members walk out unable to identify a single line of amendment, unable to propose any form of solution, having spent tax-paying dollars, to publish issues.”

“Today we offered them the opportunity to offer a full debate, they published an advertisement to say that they are prepared to work around the clock. I am convinced that the Opposition always intended to walk out of this Parliament.”

Failure to pass the Bill by the mandated September 30 deadline will result in heavy penalties between local businesses and US banks.

Government requires 26 votes to pass the Bill, three of which must be given by Opposition, as Government only has 23 votes.

“(4) Conduct shall be deemed to be grossly disorderly, if during proceedings, the Member concerned–

(b) uses or threatens violence against a Member or other person;

(c) acts in a manner that displays flagrant disobedience to rulings of the Chair; or

(d) acts in any other way to the serious detriment of the dignity or orderly procedure of the House.”

The House was adjourned to 1.30 pm next Friday, during which the 2016/17 Budget would be read at that time.

Imbert: PP could have passed law on FATCA