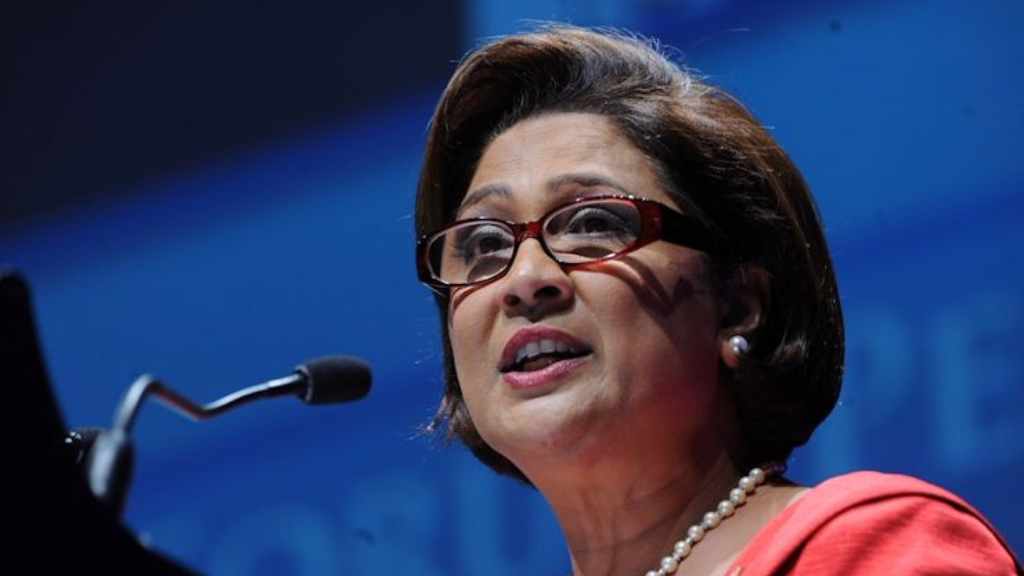 Opposition Leader Kamla Persad-Bissessar has said that the Opposition is willing to work with the Government to ensure that the proposed candidate for the President is a person who is impartial, will prevent excesses and abuses by the Executive, and one who will ensure that we adhere to our Constitutional rights and remits.

"We look forward to having mature discussions with the Government on this most important matter that affects each and every citizen, particularly in light of the current situation in our country, where we are witnessing our institutions failing, and a Government on the verge of collapse, with the economy in decline and crime out of control," she said in a statement on Thursday.

"These discussions are necessary to ensure that the person elected by the Electoral College discharges the functions of that office in a manner that adheres to the Constitution and the rule of law, preserves the separation of powers, and not be a puppet to the current Executive.

She said that when she was Prime Minister, efforts were made to arrive at a consensus in the nomination of a candidate for the Office of the President and the then Opposition supported the candidate proposed by her administration.

"We must underscore the important constitutional role and functions of the President in ensuring good governance and protecting our democracy," she said. "The President’s functions include the appointment of judges and Independent Senators, the Commander in Chief of the Armed Forces, the appointment of members of the Integrity Commission et. al., and it is imperative that the person elected to this office is impartial and independent, and possesses the strength and courage to resist any attempts at manipulation by the Government."

She added that the Opposition is "seeking to guard against any potential abuses by this Government, which has shown that it cannot be trusted. The record of this administration is not one that commands the trust and confidence of the population."

"This administration has proven by its record to be one that has little regard for the rights and freedoms of our citizens and that is why each decision that affects the future of the country and of our people must be carefully scrutinized. This is an administration that clandestinely orchestrated the removal of a sitting governor of the Central Bank when a member of the ruling party was temporarily vested with the powers of the President.

We maintain that the person elected to the Office of President must be an individual that commands the respect of all of the people of our country, must be independent and must inspire solemnity and dignity to the office and our country."

Carmona: T&T in need of hope