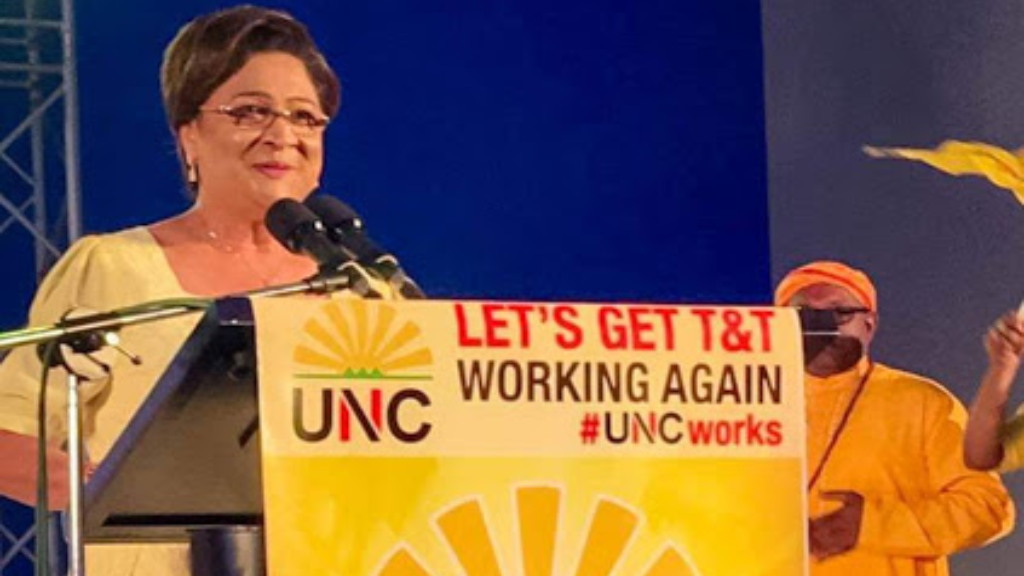 Opposition leader Kamla Persad-Bissessar has called on Attorney General Faris Al-Rawi to reveal how much money he and his relatives received in contracts, rent and briefs from this Government on an annual basis, and for what.

Speaking at the United National Congress' (UNC) Monday Night Forum, she accused Government of showing throughout their term in office that they are only about three F's - friends, family, and financiers.

Referring to a multi-million dollar rental contract for the family of the Attorney General, she noted that there is no formal lease for the rentals of two properties, One Alexandra Place and #3 Alexandra Street, St Clair.

Reading from a copy of an undated draft lease, the Opposition leader noted that the proposed monthly rental for One Alexandra Place is $600,000 plus VAT.

The State has reportedly paid more $165 million in just under a decade for 1 Alexandra Place - reportedly with no formal lease.

The building at #3 Alexandra Street currently houses the Office of the Chief Personnel Officer.

Regarding a change of use memo dated April 15, 2019, the Opposition leader said a request for the change of use from private residential dwelling house to commercial was made.

"How did they even build this multimillion-dollar building without approval? Nearly 10 years the building was rented out – but you’re now asking for change of use?" Persad-Bissessar questioned.

She noted that another two properties owned by Al-Rawi's family are rented by Government - the Ministry of Social Development at St Vincent Street, and property rented through the Ministry of National Security at Agra Street.

The Opposition leader said the Attorney General should reveal the amounts earned from these rentals in the same way citizens are called upon to explain their wealth.

"In this country, Faris can call upon people to explain their wealth but one clan in Port of Spain that finances the PNM owns more than 200 properties in and around Port-of-Spain."

"I want Al-Rawi to tell the country how much money he and his relatives received in contracts, rent and briefs from this Government on an annual basis, and for what," Persad-Bissessar declared.

Groups gather at One Alexandra Place, call for AG's resignation