Kamla questions Rowley's inaction in the aftermath of Bret 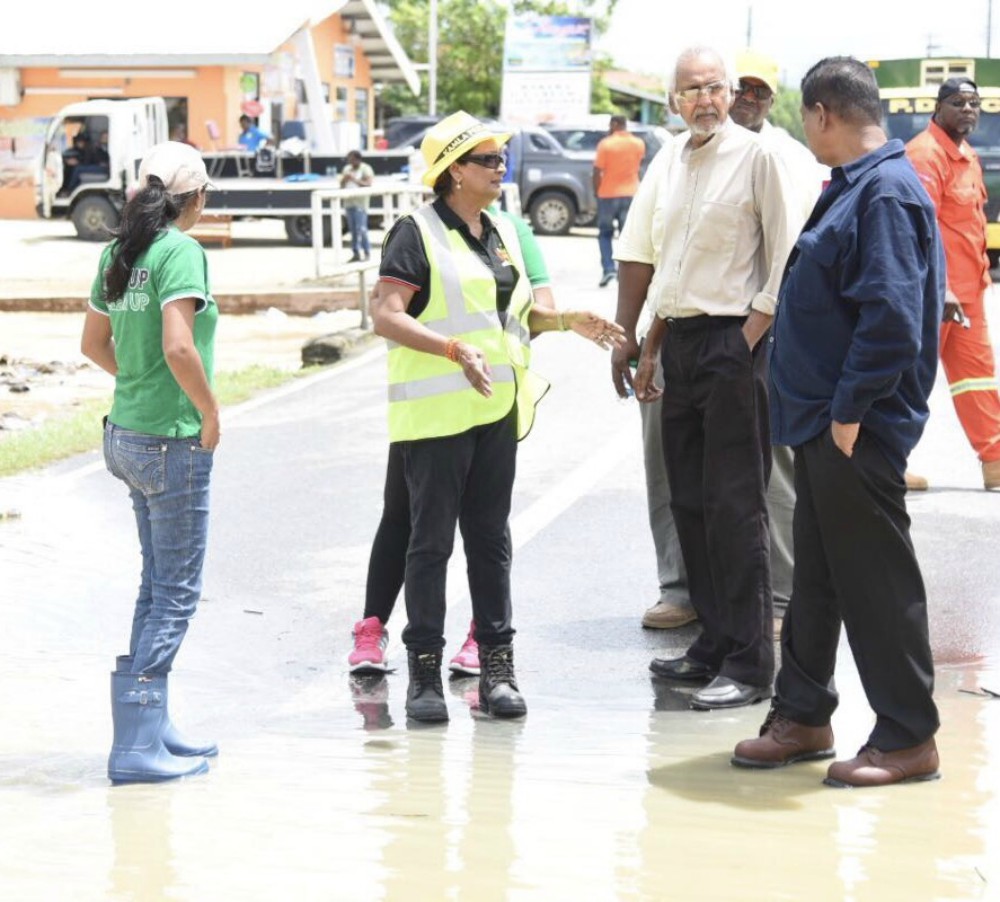 Opposition Leader Kamla Persad-Bissessar is seeking to give pointers to the Government on its handling of the clean-up and recovery efforts following Tropical Storm Bret.

Persad-Bissessar issued a statement on Tuesday, urging the Rowley-led regime to move urgently to mobilise national human and technical resources to treat with persons affected by the storm.

She said resources must be assigned to assist homeowners with lost roofs, to alleviate floods, clear drains and other water courses, remove fallen trees and other debris and, in other ways, respond to the widespread damage caused by the extensive rainfall and strong winds.

The Opposition Leader also noted that an emergency fund should be established to aid relevant State agencies to finance such vital and pressing operations.

“I have spent time in the constituency of Siparia and other areas hard-hit by Bret and I am struck by both the extensive damage and by the resilience and the commitment of families to improve their condition.

Through this national crisis, there has been a stark absence of leadership from Prime Minister Dr. Keith Rowley and his Cabinet, who have remained distant and aloof of an emergency that is seriously impacting hundreds of thousands of people.”

The Siparia MP said Trinidad and Tobago requires hands-on and decisive leadership through the allocation of relevant resources in order to ease the pain and hardship caused by Tropical Storm Bret.

She said citizens also need the assurance that the relevant agencies will stay involved until circumstances are normalised.