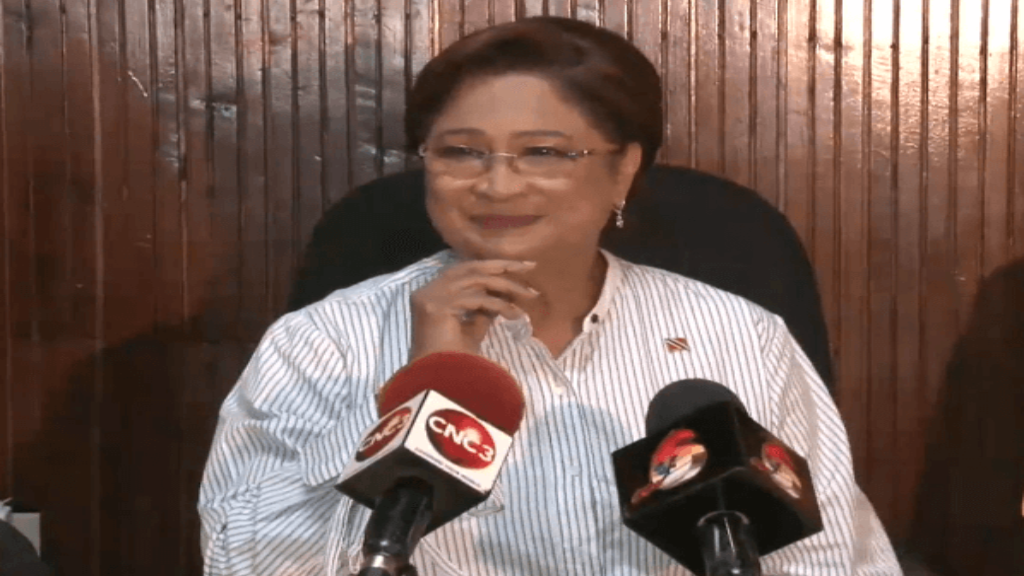 Opposition leader Kamla Persad-Bissessar says she knows better than to put her mouth where it does not belong.

Commenting publicly for the first time on allegedly tipping off Marlene McDonald about her impending arrest on corruption charges, she said she would not going to go into “Marlene-gate” as the matter is before the court.

She made the comment while addressing supporters at the United National Congress (UNC) Pavement Report at the New Grant Government Primary School in Hindustan on Wednesday.

Responding to a comment made by Prime Minister Dr Keith Rowley in which he likened her silence on the matter to a chicken disease known as “pip”, Persad-Bissessar said as a lawyer she knows when to remain silent.

“I want to assure you that I do not have any pip but I do have a bit of a flu virus, common cold flu virus,” she said.

“I am not going to go into Marlene-gate. I think there are a lot of people who are very anxious for me to talk about Marlene-gate, all I will say about Marlene-gate is this – the matter is sub judice and I am a lawyer, I know better than to put my mouth where it doesn’t belong.”

Persad-Bissessar turned her attention to the Prime Minister, weighing in on his comments on a report by the BBC on Venezuelan migrants in this country.

She described his response as worrying.

“I am getting really worried when we hear the incoherent rant of the Prime Minister as to what is happening and who is in charge of this country when this man, sitting down and watching BBC TV and what he seeing…'code'.

“Everybody else watching TV and enjoying life, he watching BBC TV and says the United Kingdom government is sending coded messages through the TV. You have to wonder if this is the man in charge of our country," Persad-Bissessar said.