Kamla to Rowley: Get your act together, help flood victims 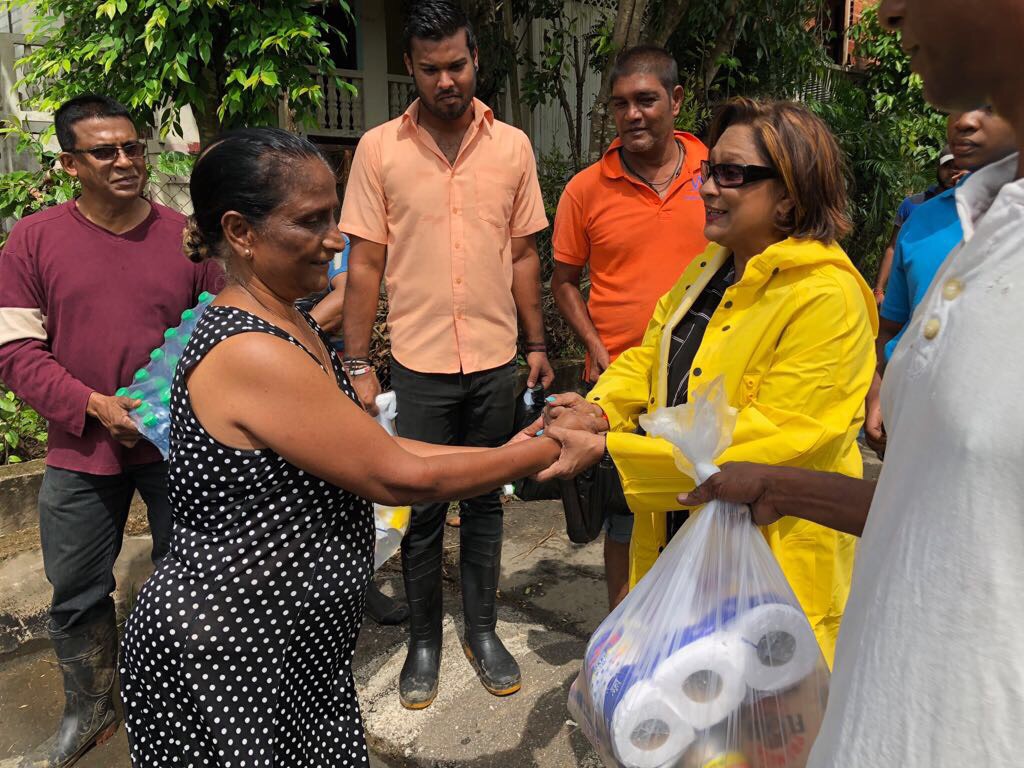 Persad-Bissessar issued a statement on Monday following her visit to El Socorro South, a situation she described as “distressing and disheartening,” as several areas continue to be affected by flooding following last week's heavy rainfall.

The Opposition Leader said she was saddened to see so many families struggling to come to terms with their losses. She said despite this, flood victims demonstrated their resilience as they managed to pool together to help each other cope.

"My team and I visited several areas, many of which are still inundated, and I was touched by the outpouring of love from these people, who, in spite of their hardship, continue to try to help their neighbours, friends and families."

"It is inspiring to hear and see how the people have come together in this time of crisis. This is the spirit of the people of Trinidad and Tobago, and I applaud all citizens who have done what they can to help those in need. Let us continue to work together, to give some measure of hope and comfort to the victims of the flooding across Trinidad."

Persad-Bissessar said, however, that she remained disappointed by Dr Rowley's inaction. She accused the Prime Minister of abandoning citizens in a critical time as she said he has given no indication or assurance that action would be taken to ease the plight of affected citizens.

"The people of Trinidad and Tobago have seen that this Government, led by Keith Rowley, does not have a vision or a plan to effectively govern.  He has abdicated his responsibility to the people of this country."

"The Prime Minister has a duty to protect and to provide for every citizen of this country, and it is time that Rowley gets his act together and gets the job done."

The Siparia MP reiterated the call for the Prime Minister to take immediate steps to provide assistance to those affected and tell the country what will be done to do prevent another disaster such as this, from reoccuring.

Rondon slams ‘fake news’ on Manzanilla house being swept away