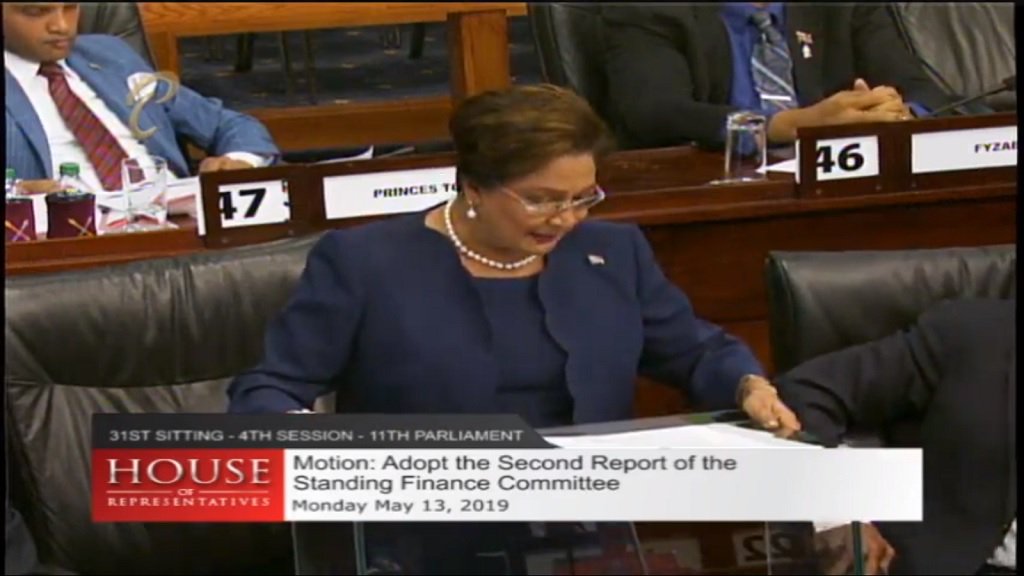 Opposition Leader Kamla Persad-Bissessar has slammed the 2019 mid-year budget review presentation by Finance Minister Colm Imbert, claiming that it proposed nothing to change the direction, of what she described as the downward spiral of the economy.

Responding to the presentation in Parliament on Monday, Persad-Bissessar said she came amid great expectations, but claimed that the Finance Minister presented nothing new.

“I came here today with expectation. Like most of the country, I wanted to hear what plans the Government had to improve our situation. But what we heard was more deflection, more distraction, more incompetence,” the Opposition Leader said in her opening statements.

She further criticised claims of an economic turnaround, instead labelling it as a ‘backtrack.’

“If we are witnessing what the Government calls a turnaround, I call it a backtrack. A backtrack to failed PNM policies of the past with the same result-collapse of the economy.”

She also accused the government of trying to resuscitate a ‘dead economy.’

This, as she questioned the growth projection figures provided by the government.

“Government is engaged in a futile exercise to resuscitate a dead economy. This is like the installation of a pacemaker after the heart has stopped beating,” Persad-Bissessar said.

The Opposition Leader added that announcement by BPTT that it may not be able to guarantee a continued gas supply for Train 1 of the Atlantic LNG plant is a cause for concern.

Persad-Bissessar said Government owes an explanation on what will happen to Atlantic LNG Train One, in light of the announcement by the energy giant.

“Does Government have a plan to keep Train One going? Clearly, future revenue and growth projections will be harmed if there is not enough gas to support Train One.”

Earlier, the Finance Minister said the concerns raised were ‘totally unnecessary’ as gas production is still expected to average 3.8 bcf per day in 2018.

The Opposition Leader also called for clarity on the tax amnesty announced by the Finance Minister.