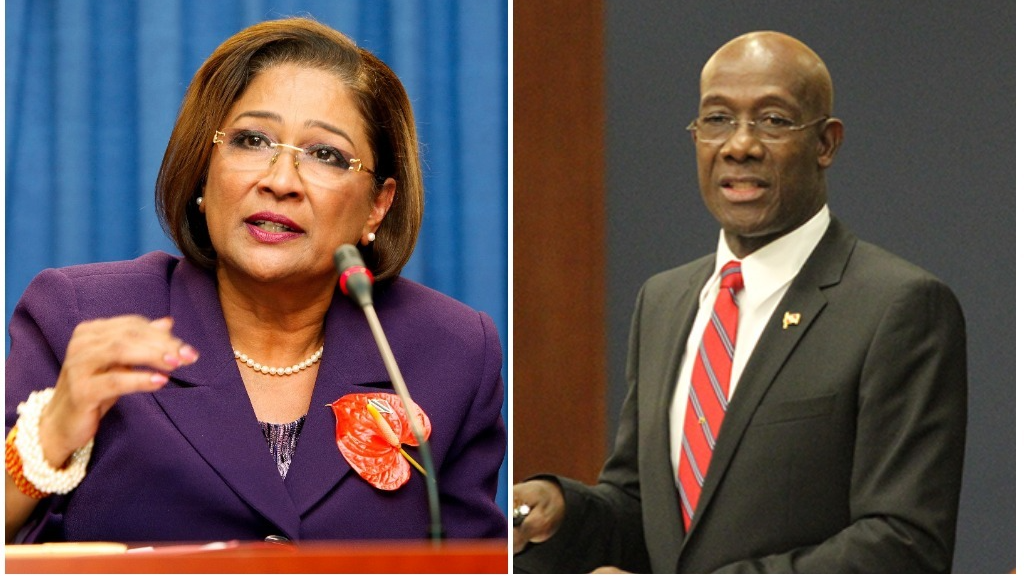 The war of words between the Government and the Opposition over the defeat of the Anti-Gang Bill continues, with the Opposition leader accusing the Prime Minister of being a “spin doctor” and telling him “to stop being a cry baby.”

Speaking at the United National Congress’ (UNC) Monday Night Forum, UNC leader Kamla Persad Bissessar criticised the Prime Minister for statements he made in Parliament on Friday about the Anti-Gang legislation, in which he accused her of engaging in an orchestrated course of malicious character assassination against him.

“All I can say to him is stop being a cry baby. He was crying, weeping and wailing and gnashing his teeth that the leader of the Opposition (and) other members of the Opposition, that we were assassinating his character…This is a man, this is spin doctor Rowley every time he speaks he insults someone, assassinates the character of others and he comes to cry like a little baby because we (were) standing up for what is right,” she said.

Persad Bissessar further accused the Prime Minister of being untruthful about the matters relating to the defeat of the Anti-Gang legislation.

Related article :Anti-Gang Bill 2017 defeated as Opposition votes against it

The Opposition leader questioned why the government voted against Opposition’s recommendation of having a two-year sunset clause in the Bill.

The UNC leader added that the two-year sunset clause was needed to prevent the “draconian” government from abusing the law.

MP: Anti-Gang bill could have led to victimisation of Opposition

Shamfa: I get to represent the best people