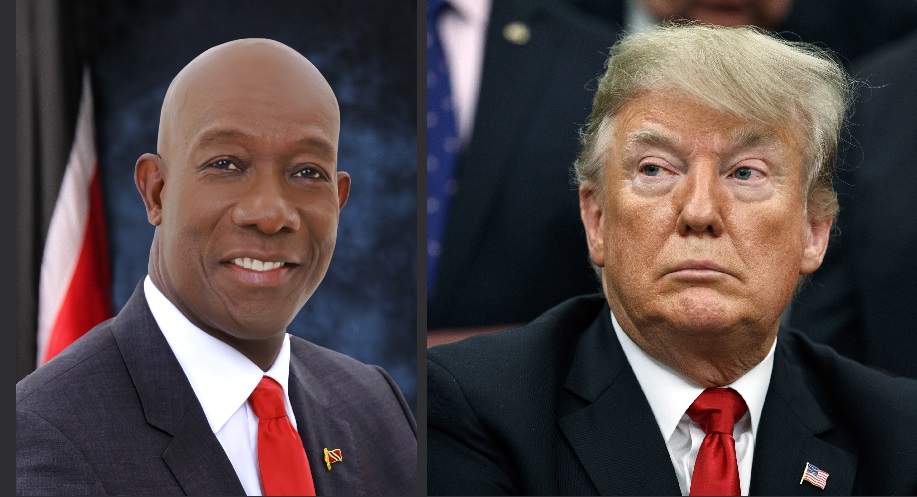 Trinidad and Tobago could be in hot waters with the United States (US) over statements made by Prime Minister Dr Keith Rowley.

Last Friday, Dr Rowley slammed the "hypocrisy" of the US as it relates to its own migrant policy after its State Department gave Trinidad and Tobago a failing grade in its 2019 Trafficking in Persons Report (TIP).

Opposition Leader Kamla Persad-Bissessar is now warning that T&T citizens could face the effects of the Prime Minister's response. She was speaking at the Monday Night Forum at the Aranguez North Secondary School.

"There is a Caribbean Basin Initiatives programme that we have with the US to allow for the trading, to allow certain exemptions and so on, so our goods can be sold there, in the US. We have certain preferential treatments under that Caribbean Basin programme and that has to come up for renewal in the Congress of the United States of America next year. You want to know what Trump could do you? Trump has the power to determine whether that programme will continue for the benefit of the people of Trinidad and Tobago, that is what Trump could do you."

Persad-Bissessar further criticised the Prime Minister whom she accused of misunderstanding the TIP report. This, as Dr Rowley lambasted the US for its migrant policy while the report was on Human Trafficking.

"How could you embarrass yourself and our country again?... Mr Rowley sir, the report was about Human Trafficking. It was about human trafficking, showing where we were weak, it was not about bouffing up how you were treating Venezuelans or what you were doing or not doing for Venezuelans. Like they (Dr Rowley) didn't even read the report but so quick to run out there and behave like wajang and rottweiller."

She added that Dr Rowley had no diplomacy in dealing with other nations as she recalled that he engaged in a tit-for-tat with the US Ambassador to Trinidad and Tobago. This, as in January, Dr Rowley said he took "umbrage" at the US Ambassador for criticising the government's position on Venezuela.