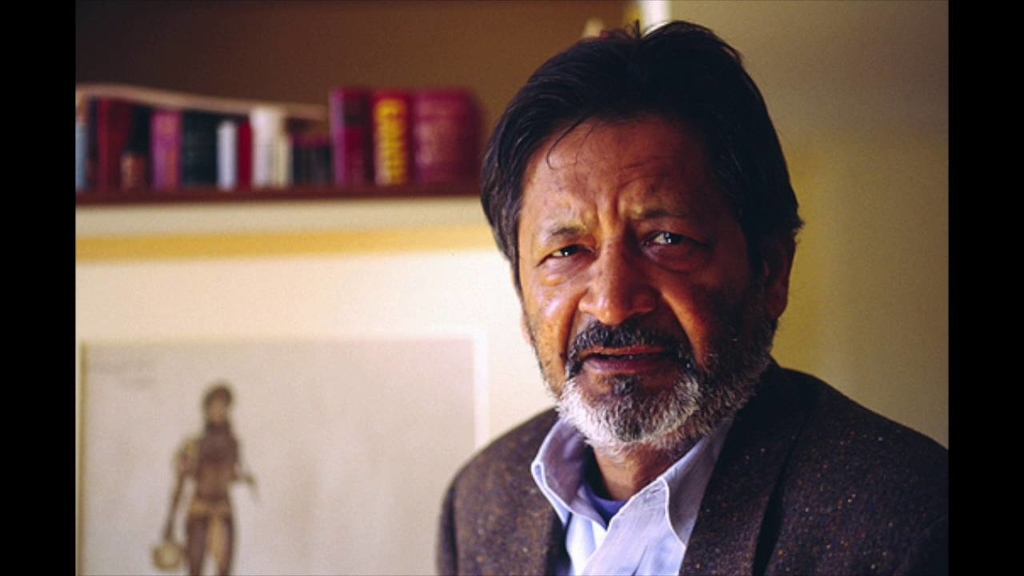 Naipaul passed away on August 11 at his London home. He was 85-years-old.

In a statement issued on Sunday, Persad-Bissessar said the numerous glowing tributes from around the world that have poured in thus far, by some of the greatest contemporary literary and political figures, are testament to Naipaul’s unparalleled greatness as a writer.

She said he redefined the craft of literature and reinvented the art of fiction and nonfiction writing to reflect the turbulent historical era that he was born into.

However, the Opposition leader said Trinidadians hold Naipaul in an even more special place, having been born in Colonial Trinidad, as his early and greatest bodies of work have been dedicated to the nation that shaped his aspirations, sensibilities, consciousness and lifelong desires.

She noted that to her, Naipaul’s work held great significance as it was relatable to a young girl growing up in the post-colonial era.

“...for people of my generation, the children of the post-Colonial society that was Trinidad and Tobago, a society and people struggling to find and assume our identity after centuries of being ruled as marginal addendums to a social, economic and political framework that previously treated us as merely tolerated outcasts, Sir Vidia’s work was inspiring and uplifting.

Like so many of my local and regional contemporaries, I would have been raised on books from Europe and England which described and deified people, cultures and civilizations that essentially reflected all that I could never be, until, as a teenager and young adult I read Miguel Street, The Mystic Masseur and A House for Mr Biswas, amongst others.

And it was in these works, still so dear and personal to me, as they also are undoubtedly, to many other of my countrymen and women, that Sir Vidia’s greatest contribution to our country and the world became not only clear but inspiring in the greatest possible way.

For it was in these works that he made our society, our everyday working-class people, who, until then, barely got recognized as worthy, into the literary heroes that ranked with the greatest characters and societies of every other renowned writer in English, to date.

To read our dialect, or idiosyncrasies, our paradoxes, our flaws, our beauty, our struggles, our lessons and our indelible richness of humanity portrayed so frankly, so unashamedly, so proudly and so intellectually in a Naipaul literary piece gave me personally a sense of pride and belonging, a sense of worth in a global and regional society, something that no other writer had previously given and to date, no other writer has produced to a prolific reader as myself.”

Naipaul was born in 1932 to Trinidad Guardian journalist and writer, Seepersad Naipaul and Droapatie Capildeo, a daughter of the famous Capildeo family of ‘Lion House’ of Chaguanas.

According to Persad-Bissessar, Naipaul's greatest body of work was ‘A House For Mr Biswas’ in which he chronicled his father’s life as a man born into poverty in the cane fields of Central Trinidad in the period of Colonialism and Indentureship. He spoke of his father’s successful battle to achieve relevance through fulfilling his dreams of being an individual, a writer, a man of worth and one who owned his own home in a world where people of his social standing were destined to exist as a classless and irrelevant people.

She said at just 30-years-old, this work established him as one of the greatest living writers of the English language.

“... he exceeded literature’s greatest expectations by redefining the craft and giving voice, relevance and historical worth to the lowest rungs of Colonised outcast societies, making their stories, experiences and characters of a world deemed too insignificant by grand Colonial powers and systems, exist as equally or even more so relevant, necessary and influential as their own.”

Persad-Bissessar said in every other work to follow, Naipaul improved on his mastery of social observation, analysis and craft. He would go on in his lifetime to continue to stun critics, admirers and literary masters of every part of the globe by his mission to fulfil the writer’s self-appointed task of, as he once put in his own words, “meeting people and end up seeing the world through their eyes, seeing their frailties, their needs.”

The Opposition leader added that it was perhaps this compunction that fuelled, in addition to his tremendous works of fiction, his equally amazing prolific body of non-fiction travelogues where he chose to chronicle his observations in his travels from the 1960s to the 1990s to various civilisations once governed by Colonial masters in the throes of social, religious and political upheaval, and thus redefined the travelogue into a work of literary worth, impact and art.

“In this body of work, he produced frank, exacting and analytical social and political commentaries on the Caribbean, Africa, Indian, Middle East and the USA in books such as The Middle Passage: Impressions of Five Societies – British, French and Dutch in the West Indies and South America (1962), An Area of Darkness (1964),The Loss of El Dorado (1969), India: A Wounded Civilization (1977), A Turn in the South (1989), India: A Million Mutinies Now(1990) and Beyond Belief: Islamic Excursions among the Converted Peoples (1998).”

She said although Naipaul endured controversy which he generated in these works, along with his famed acerbic, arrogant and highly dismissive personality, he inspired not only awe and reverence among his greatest fans but equally significant hostility from his fellow writers and detractors who disagreed with his analysis and general world philosophy.

“Yet, when the prestigious Nobel Prize for Literature was finally awarded to him in 2001, undoubtedly the greatest addition to his long list of top international literary awards in his life thus far, no one, critics nor detractors alike, would deny that it was not only well deserved, but long overdue.”

The Opposition Leader ended by saying that she hoped Naipaul’s loved ones are comforted in the knowledge that his great legacy can never be undone and will undoubtedly continue to inspire generations to come and endure for eternity.