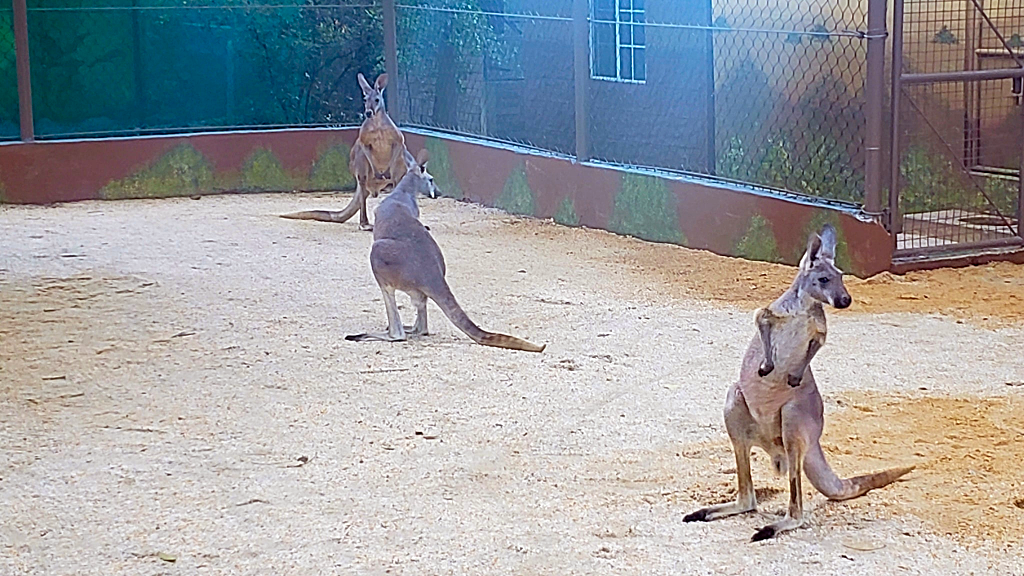 The Emperor Valley Zoo is calling for a total ban on fireworks after it said one of its recently introduced red kangaroos died.

The Zoo said in a social media post Friday that the Independence Day fireworks in the Queen's Park Savannah were to blame:

"We have already spoken about the loud noise levels and close proximity to the Zoo of this year’s Independence night fireworks. This has affected not only our animals but animals and their families across Port of Spain."

"We have heard numerous stories. Within a short time of the fireworks starting we observed the intense fluttering of some of our smaller birds who died within minutes and several other animals were visibly traumatized."

"We have worked to stabilize those affected animals but unfortunately we are sad to announce that one of our small male kangaroos did not recover from the shock and trauma experienced."

"On the night and since then we did our best with our animals. Now we must do more. We make a public call for a complete ban on fireworks in Trinidad and Tobago. Our animals and the families they are part of cannot continue in this way," the Zoo said.

The zoo previously made social media posts about the loud noise coming from fireworks at the Queen's Park Savannah on the night of August 31, 2019.

Fireworks usually take place at the Savannah every year, but the Zoo said that this year, the location of the fireworks was closer to the Zoo's location.

Four red kangaroos were introduced to the Zoo in early August; the animals had been bred in captivity in the US and were brought to the zoo for the purpose of education and research.