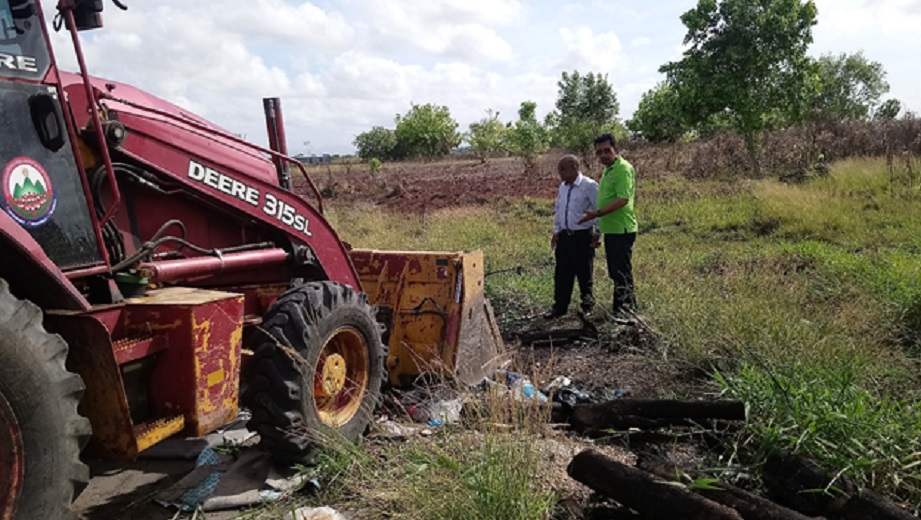 On Friday, the Minister was joined in the battle against illegal dumping by Chairman Henry Awong, CEO Satrajie Maharaj and staff on the Couva Tabaquite Talparo Regional Corporation in Camden, Couva.

The Corporation’s equipment was mobilized and clean-up of the site commenced immediately.

The Minister was also supported by Superintendent Carlisle Huggins of the Municipal Police Constables Division who warned citizens of the existing fines imposed on those caught dumping garbage illegally. Fines range from $4000 for individuals and $8000 for corporate entities found guilty of this offence.

Minister Hosein continues to warn citizens against this illegal method of waste disposal as it is unsanitary, presents a health hazard to citizens and poses a tremendous environmental hazard. As a result, citizens are being warned that stricter controls are being implemented to curtail this unpatriotic act by negligent persons.

Minister Hosein urges all citizens to take responsibility for their actions as waste disposal programmes are implemented in all Corporations. He advises all citizens to contact their Corporations regarding disposal of bulk waste and for other provisions as the local government bodies exist to service their needs.