Skip to main content
Breaking News |
Fables: Papa Bois
PM: No plans to take over LIAT
UNC accuses PM of 'turning his back' on stranded nationals
PM, Deyalsingh issue further warning to bars
Gov’t forced to do CPL damage control after someone impersonates CMO
MoE announces school terms for upcoming academic year
How and why to inform the EBC that you’ve changed your address
ASJA: We don't support any political party
Rowley: T&T sure to head to the IMF if UNC wins
One killed, three injured following shooting incident in Sangre Grande 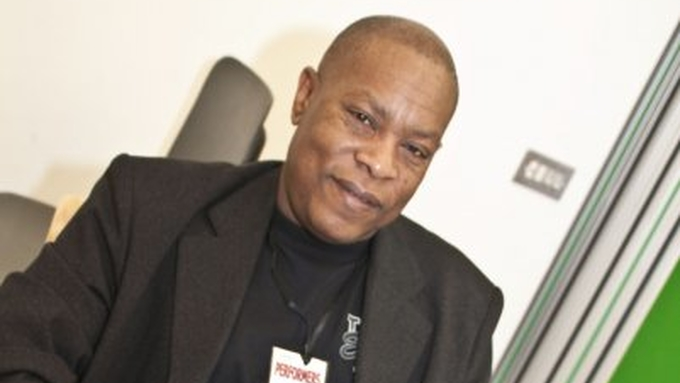 After 40 years of working behind the scenes, producing for calypsonians and soca artists, Kenny Phillips will experience the Carnival season as a singer.

The veteran producer of the legendary KMP Music Lab and owner of WACK Radio is jumping into the calypso ring with his eyes on the Calypso Monarch prize.

‘Wack Dem’ is both an ad for Phillip’s station which is dedicated to showcasing 100 percent local music and a declaration of his mission to be a culture defender.

The song was written by Calypsonian Kurt Allen, who also works as part of a consortium of writers and producers Phillips assembled to provide and market music for artistes for the last three years including the last two Calypso Monarchs Helon Francis and Renaldo London.

“We were supposed to start work on our 2020 productions and he was all over the place and not writing and people calling so I say ‘yo brother where are the people songs?’ He then calls and says boss it have a song keeping me back. I say for who and he say for you. I say for who? I said you know I can’t sing right, he say nah the song perfect for you. He sent the song and he sing it with the box guitar and I was like wow nobody else can’t sing this, it was written for me,” Phillips recalled.

Describing himself as a studio rat, Phillips said he never considered singing.

“Never thought about it. My job behind the scene was too busy and too fulfilling, it was what I wanted to do,” he said.

His mind made up, Phillips, who said he does not do anything halfway, co-opted his children, Kasey and Kyle, producers of their own production companies Precision Productions and Badjohn Republic respectively, to assist.

“Kasey did the voice and the mixing, Kyle did some touch-ups on the production to make it young, he was like my ears,” he said.

Phillips said there are several reasons he is doing the calypso. One is to lead by example.

“I have a problem with calypso today. Calypso is not dying, it is the treatment causing it to go downhill…soca is glamorous, it gone, it skyrocketing but it have no lyrics with the exception of people like Nadia, Kees and Farmer who singing soca with lyrics. We need to up the tempo and make calypso fun. This is calypso soca, this is a message you could dance to,” he said.

Another more cheeky reason is to get back at those calypsonians who criticised him in song for not playing their music on his station.

“Some calypsonians hit me some lash and I had to take it. This is kaiso, you could hit a man a lash and smile. I have some encore verses I plan to sing in the tent that you wouldn’t hear on the recording,” he said with a laugh.

Phillips plans to go all the way with ‘Wack Dem’. He will be auditioning for tents with the aim of making it to Calypso Fiesta and even the Big Yard for the finals.

Phillips also has a second song in the works called ‘The Next Song’.

Asked if this is the beginning of his career as a calypsonian, Phillips laughed.

“It is a one-off but I wasn’t going to sing before so I can’t say anything about the future,” he said.

A former bank employee, Phillips left his nine to five to pursue his dream of being a studio rat. As a producer and a musician, he has worked with practically every major calypsonian and was an early influence in Machel Montano’s career.

As President of the Recording Industry Association of Trinidad and Tobago (RIATT), Phillips led a march through Port-of-Spain advocating legislation to make radio stations play at least 50 percent local music.

When he applied for his radio license and made it clear his intention was to play 100 percent local music, someone in the Publishers and Broadcasters Association (TTPBA) told Phillips he was ‘wacko’ to think people wanted to hear that and predicted he wouldn’t last a year.

That comment sparked a fire in the San Fernando businessman and he launched his radio station WACK 90.1, which is the acronym for We Are Culture Krazy.

Today, Phillips’ station, located on Coffee Street, San Fernando, has a large and very interactive diaspora audience online and, apart from playing local music from calypso and soca to gospel and jazz, streams live performances from cultural events across the country.