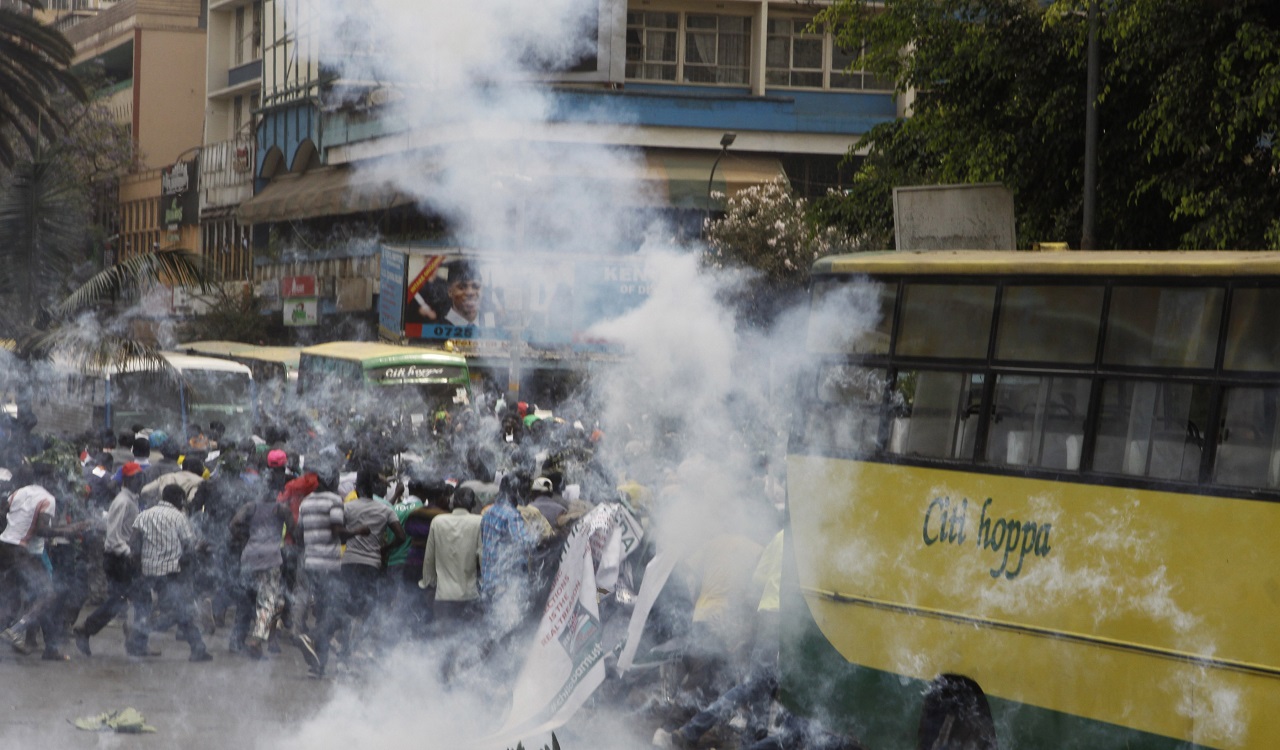 Riot police fire teargas against opposition supporters during a demonstration against the Independent Electoral and Boundaries Commission (IEBC) in Nairobi, Kenya, Wednesday, Oct. 11, 2017.

Kenya's new presidential election faced fresh uncertainty Wednesday as a judge ruled that a minor opposition candidate can run, opening the way for all candidates who participated in the August vote that was nullified by the Supreme Court over "irregularities."

The ruling came a day after opposition leader Raila Odinga withdrew from the Oct. 26 vote, throwing East Africa's largest economy into confusion. Odinga's legal challenge to President Uhuru Kenyatta's win in August led to the new election. No other opposition candidate had received even 1 percent of the vote.

Also Wednesday, lawmakers approved amendments to the electoral law pushed by the ruling party and criticized by the opposition and Western diplomats as making elections more difficult to annul and having fewer safeguards against fraud. The amendments still require Kenyatta's approval.

Elsewhere in Nairobi, police used tear gas to disperse thousands of opposition protesters who regrouped outside the election commission's offices and demanded reforms. In the opposition stronghold of Kisumu city, four people with gunshot wounds were admitted to hospitals after police used live ammunition to disperse protesters, a police official said. The official spoke on condition of anonymity because he was not authorized to speak with reporters.

In Wednesday's court ruling, Justice John Mativo said he did not see any reason for candidate Ekuru Aukot to be barred from participating in the repeat election. Aukot won about 27,000 votes of more than 15 million cast in the invalidated poll.

The Supreme Court last month rejected the August election in which Kenyatta was declared the winner after Odinga challenged the results, saying hackers infiltrated the electoral commission's computer system to manipulate the vote.

Odinga then surprised Kenyans by withdrawing from the fresh election, saying the electoral commission must be changed or the new vote risks having the same problems.

The election commission has said it was meeting with its legal team on the way forward.

Kenyatta, who called the Supreme Court judges "crooks" after their ruling, has said he does not want changes to the commission. His Jubilee Party has instead has used its parliamentary majority to push for the changes to the electoral law.

Diplomats including the United States ambassador this month said the proposed amendments put at risk the election commission's "ability to conduct a better election" and unnecessarily increase political tensions.