'KFC man' in viral video rewarded with $1K in vouchers 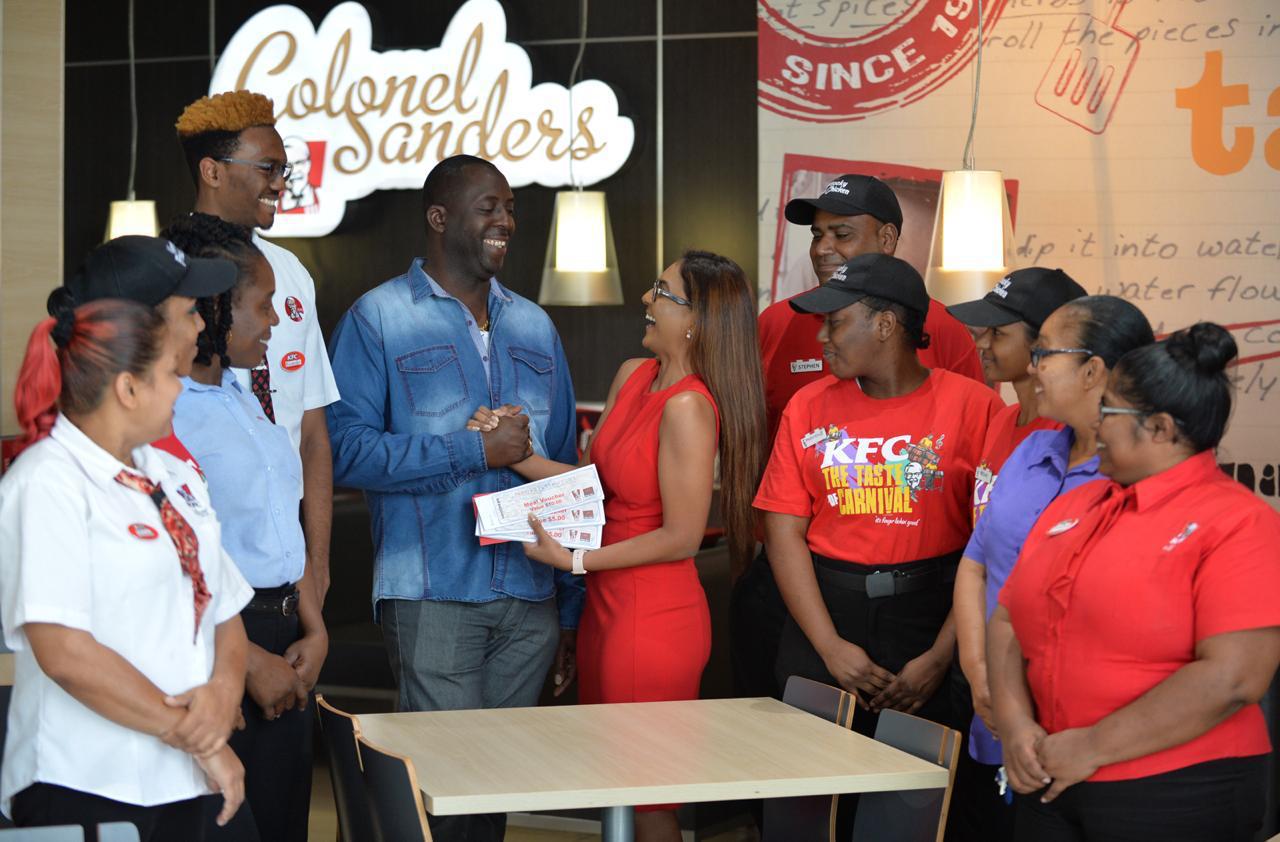 A KFC patron at the South Park, San Fernando outlet of the fast food restaurant who quickly shot to fame after being captured on video while police arrested a suspect in a robbery last week, has been rewarded for his show of bravery.

In an undoubtedly tense situation, as police apprehended a suspect in a robbery at another establishment at South Park, Kurt Adams appeared to be unbothered by what was taking place in the restaurant.

Adams continued having his meal while other patrons and employees alike fled to safety.

He was commended for his grace under fire.

KFC franchise holder Prestige Holdings Limited (PHL) presented Adams with meal vouchers valued at $1000 for displaying courage and a calm demeanor despite the chaos around him.

PHL in a statement noted that while the public was taken with the humour of the moment sharing video and photos across social media, the matter was a serious one.

PHL expressed its gratitude that no one was injured during the incident and that KFC staff and customers were safe while police carried out the arrest.