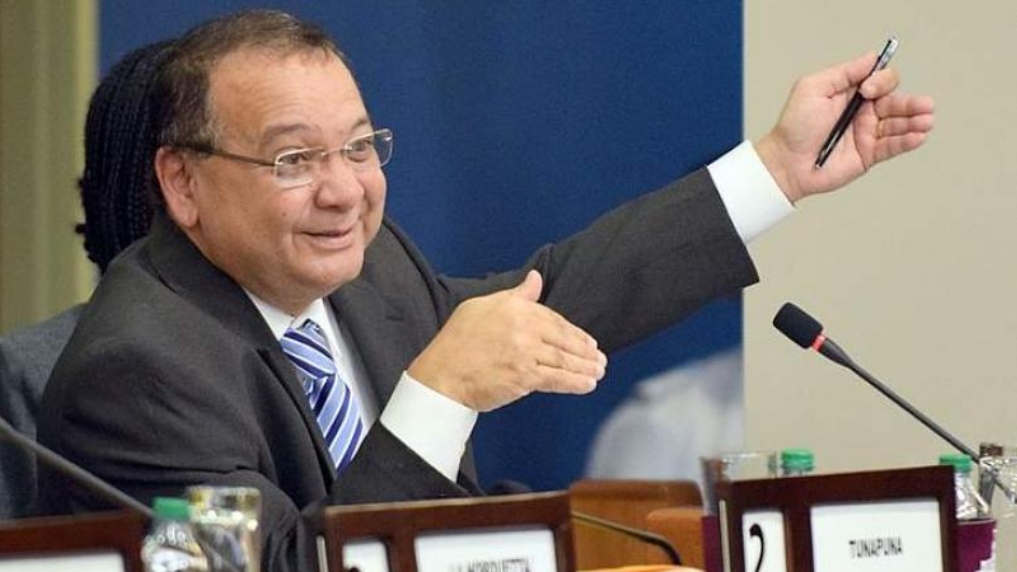 Energy Minister Franklin Khan on Sunday defended the Dragon gas deal between T&T and Venezuela, following reports in the media that the agreement was confidential and secret.

Speaking at a media conference at the Hyatt Regency Hotel to address concerns in the media, the Energy Minister explained that two agreements were signed on Saturday.

The first one, he said was a base sheet for the Dragon gas field, which settled all commercial terms of the as deal agreement including the issue of value and price.

The Energy Minister further explained that President Maduro and Prime Minister Rowley also signed an agreement where both governments committed to the implementation of the project and its continued support to see this project through its finality.

He dismissed reports that the deal was secret, nothing that there was confidentiality cause.

“Everybody in the energy sector especially energy sectors should know that the commercial terms of gas sales agreements are subject to the strictest confidentiality clause. Volumes are sometimes confidential but not all the time. So yesterday, the Prime Minister did indicate to the press, that the volumes that was signed is in the first instances a 150 million standard cubic feet per day with the option to increase with time to high as 300 million standard cubic feet per day. No government, past or present, UNC or PNM, has ever made known to the public any negotiated price of gas,” the Energy Minister explained.

“It is no cheap gas, it is competitively priced gas and is obviously no Dragon secret deal,” he said.