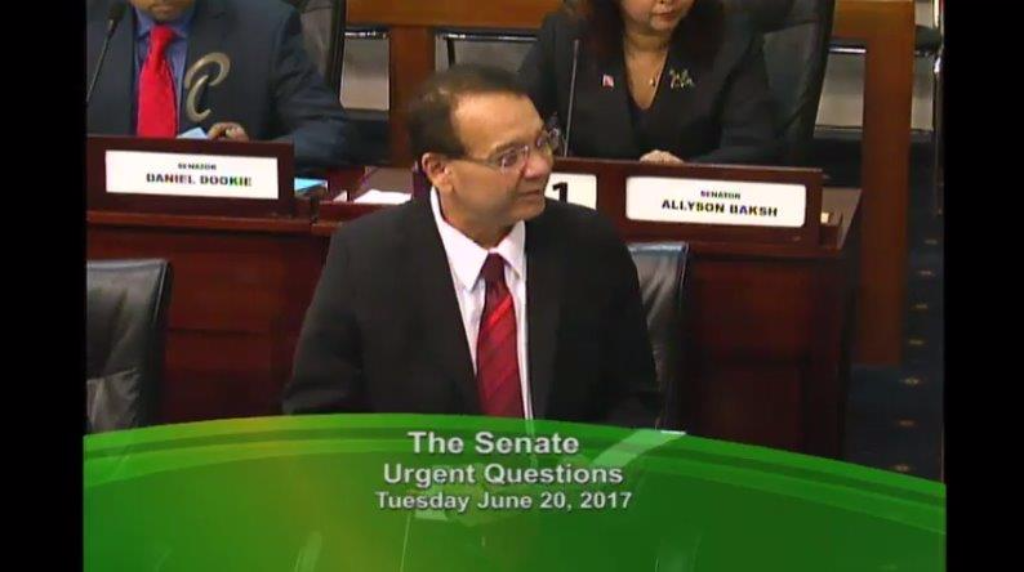 A number of social programmes are available through the various Ministries to those affected by disasters and in need of assistance.

Leader of Government Business Franklin Khan made the statement while responding to a question in the Senate from Opposition Senator Wade Mark on Government’s plan of action in treating with those affected by Tropical Storm Bret.

“There are a series of social services programmes that Government has initiated over time. It starts with emergency grants for buildings that is coming through the Ministry of Housing and Urban Development which is a maximum of $15,000 for people so qualified under the disaster management issue.

Also, from the Ministry of Social Development there are a series of grants when disaster strikes people so affected can apply, if so qualified, they will be granted various sums.

The more important one of these includes: Minor house repairs for disaster that has struck various households, like if your roof has been blown off or you have been flood hit and that reaches a maximum of $20,000 or all those affected by the flood can easily access this facility through the required application.

Also, you have the household appliances grant which I think is $7000, where if your appliances have been damaged – stove, fridge…you can also access that grant.

There are also school books and school uniform grants which if your children’s books and their uniforms have been water damaged or lost, all that can be accessed.”

Khan, who said Government is taking an “all government approach” to dealing with the fallout of the tropical storm indicated that disaster management issues are addressed by the ODPM, the clearing of major watercourses and roadways is done by the Ministry of Works and Transport and the Ministry of Rural Development and Local Government acts as the first responder in the disaster management situation.

He said the 14 regional corporations are still in the process of assessing the extent of damage and attending to reports, the data from which should be available within the next 48 hours.

Questioned by Opposition Senator Khadija Ameen on fatalities following the aftermath of the tropical storm, Khan said that based on his knowledge, no lives were lost.