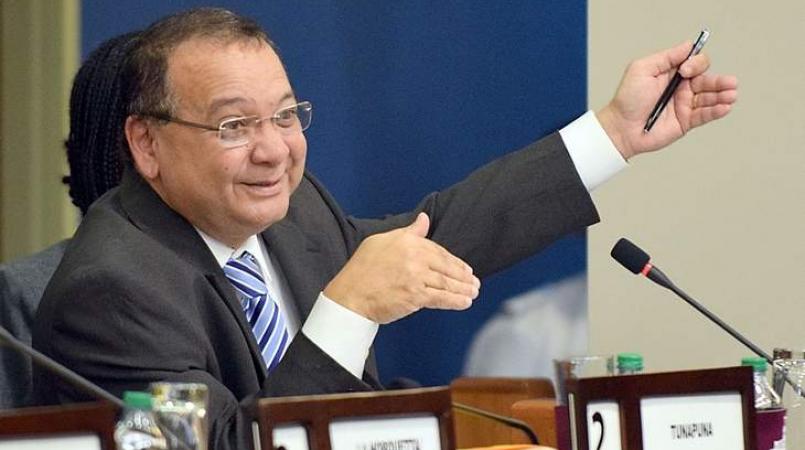 As an audit gets underway at State-owned Petrotrin over discrepancies in the volumes reported from the company’s Exploration and Production fields and what was received at its Pointe-a-Pierre refinery, Energy Minister Franklin Khan has promised that the matter would not be swept under the carpet.

Speaking at a media conference on Monday, the Minister responded to accusations made by Opposition leader Kamla Persad-Bissessar on Sunday at the United National Congress' National Congress in Couva, allegedly revealed in the report following the internal audit at Petrotrin.

Reading from the internal audit report, the Opposition leader alleged that the shortfalls discovered had been occurring since about October 2016, in a field under the control of a close friend of the Prime Minister and a financier of the People’s National Movement.

It was allegedly discovered that the operator, A&V Oil and Gas Ltd was paid for oil which was not produced, an overpayment in excess of $80 million for the period of January to June 2017.

Khan, however, said he is awaiting the findings of the report, which he expects by next week at latest.

He stressed that whatever action is deemed necessary will be taken following the conclusion of the audit.

Asked whether he believed any systemic improvements were required, Khan agreed some adjustments would become necessary.

“Yes, I think definitely that is one of the learnings from this exercise. If it turns out to be true then Petrotrin has to tighten up on its system of allocation in what is called bulk transfer custody transfer of oil, which is the accurate measurement of oil produced… of oil shipped, and the whole integrity of the system.”

Khan indicated that the audit would also reveal whether there were any leaks that have to be addressed, which he suggested could have led to the discrepancy in the figures.

The Minister knocked Persad-Bissessar’s “political spin” on the matter, describing it as unfounded and ill-advised and sought to distance the PNM from the allegations, which he said is a Petrotrin matter.

Khan denied the operator has financed the PNM or is a friend of his.

He also didn’t agree that it would reflect badly on the party if the allegations made by Persad-Bissessar were found to be true.

“I wouldn’t say that at all, that is an internal Petrotrin matter with an operator and their operatives in the company and a commercial relationship between Petrotrin and the lease operator.”

Khan also defended the decision to hold a conference to address the matters raised, stating that the expectation is that Ministers would stand to account for what is taking place under their remit and they are “damned” if they do, and even if they don’t they are still damned.