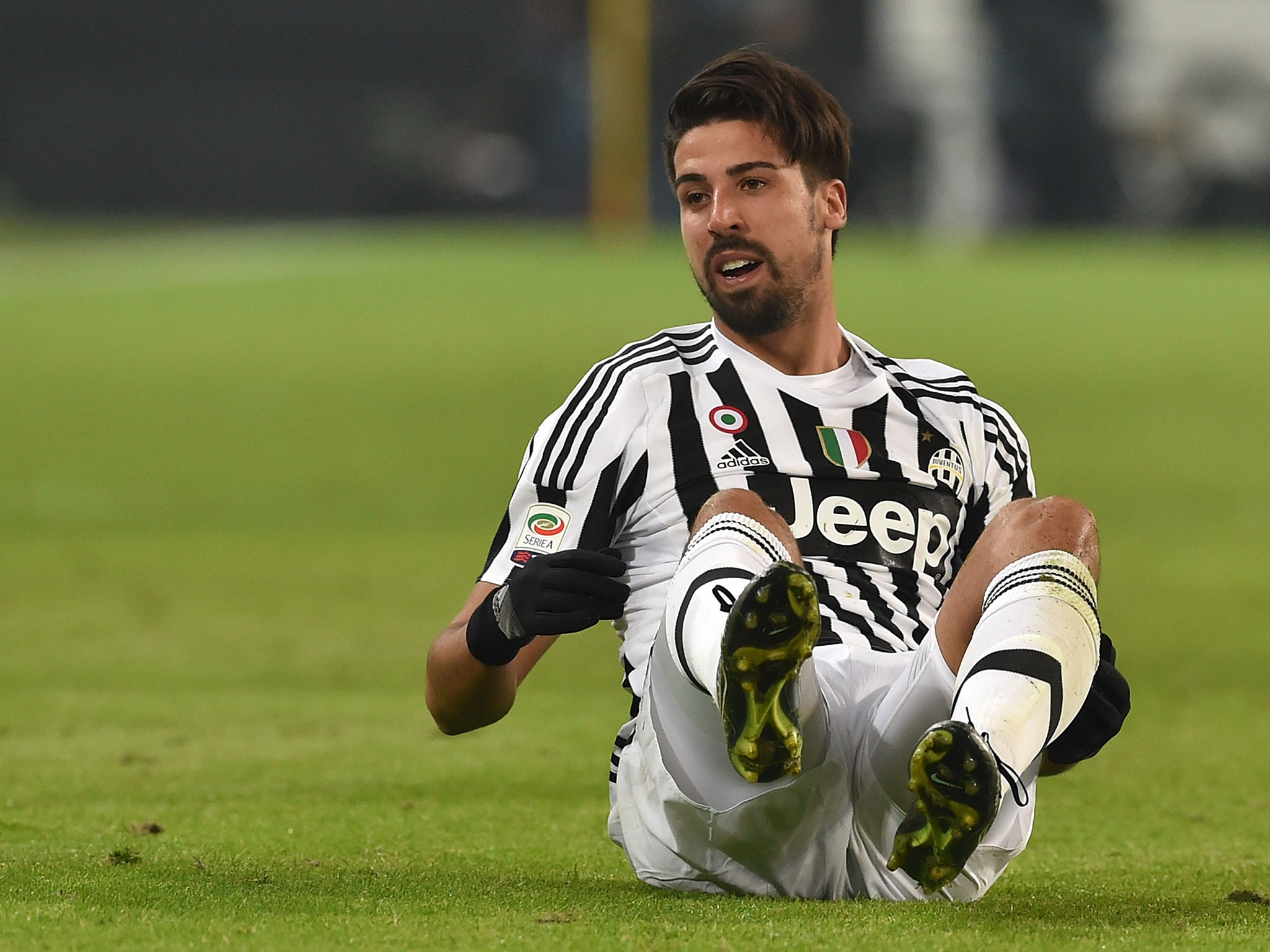 Khedira is out of the Coppa Italia final and is a major doubt for the Champions League showdown with Real Madrid.

Sami Khedira is expected to miss the Coppa Italia final due to injury, Juventus boss Massimiliano Allegri has confirmed.

The Germany international suffered a hamstring problem just 10 minutes into the second leg of the Champions League semi-final tie with Monaco on Tuesday.

Khedira insisted afterwards that the injury was "nothing serious" and it was hoped that he would be ready for the Coppa showdown with Lazio on May 17.

Allegri, however, says the midfielder will be sidelined for that game and the next two Serie A matches against Roma and Crotone.

He is also a doubt for the last league game of the season against Bologna and, crucially, the Champions League final against Real Madrid on June 3.

"Seeing Khedira in the Coppa Italia final or against Crotone next week is impossible," Allegri told a news conference. "We'll evaluate him day by day to see about the Champions League final."

Khedira has been a crucial part of Juve's treble charge this season, making 44 appearances in all competitions and scoring five goals.

Juve can win their sixth Scudetto in a row if they earn a point against second-place Roma on Sunday.