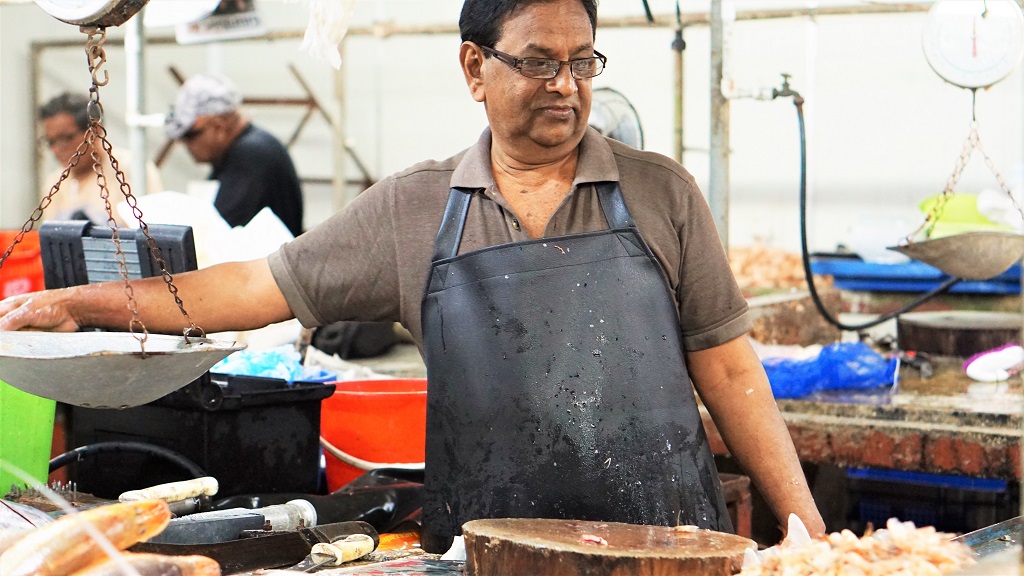 On any given day you will find Mr Kay at his regular booth at the Chaguanas Market, selling fish sourced from the bountiful seas around Trinidad and Tobago.

But his four-footed furry friends know him as the kind man who leaves fresh fish for them every morning.

Tularam John, 65, says he began putting out fresh fish for them some years ago and although they were feral at first, they soon became tame and now they look out for him every morning. 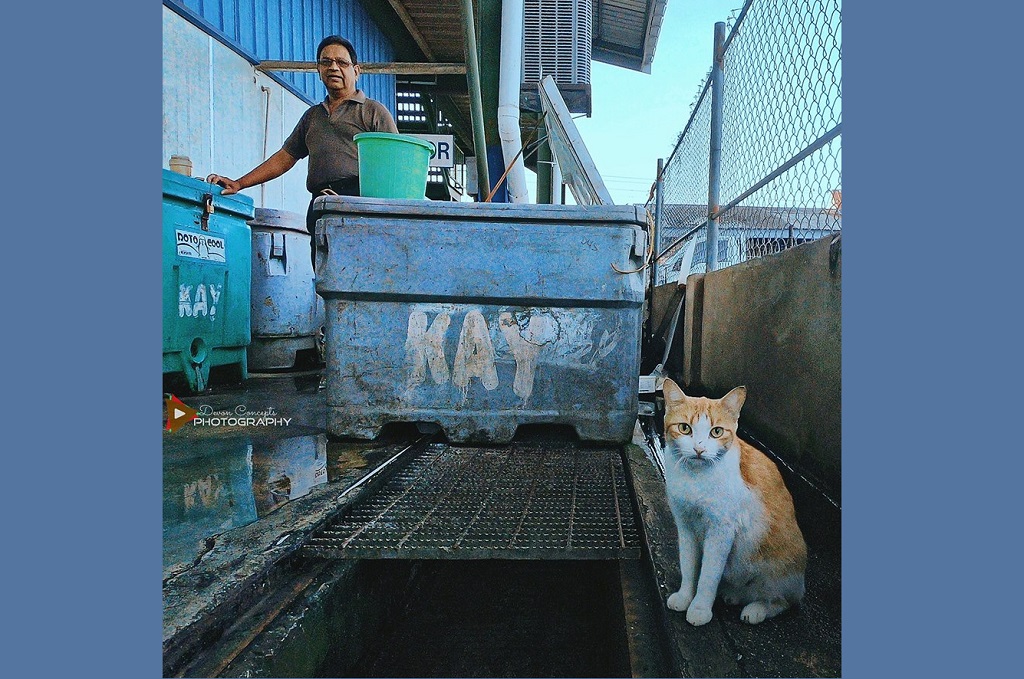 Mr Kay said that for him, it was just second nature - he had extra fish, the cats were hungry. So he fed them. And now they are the best of friends.

"I started feeding them a few years ago. They follow me, they wait until I put on my boots, my apron, they waiting right here. They like to watch for me, they real nice. They know me, they know me real good. They come, they jump up right there, they get tame," he said.

He said however that the cats never venture into the market, only staying on the boundary of the premises. After eating, they disappear. 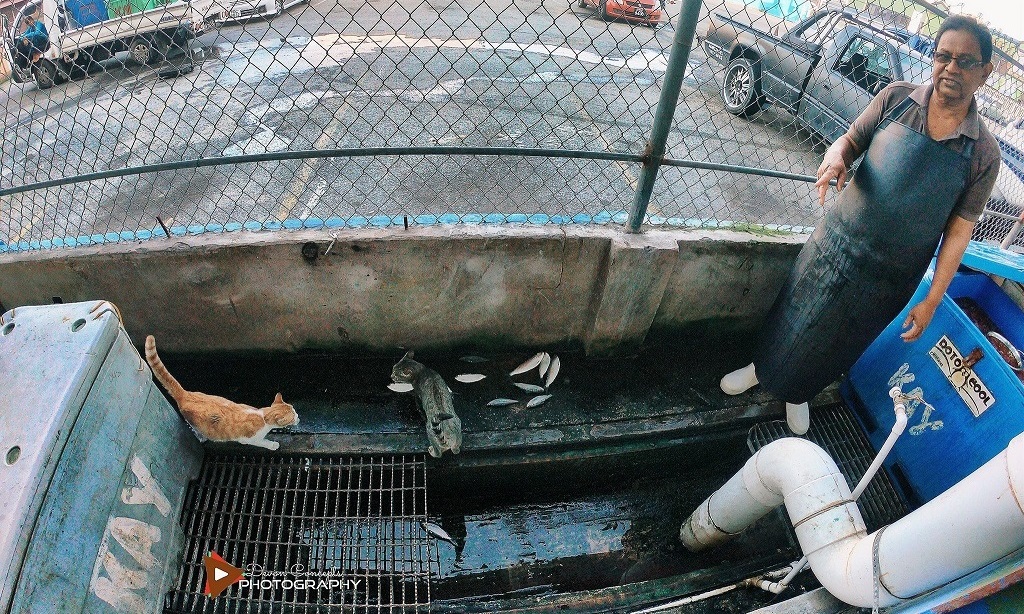 "They come early in the morning and once they eat, they disappear. I don't know where they go. They like that type of fish - herring, sardines, small fish," he said.

He said although he would love to see them taken to good homes, he said if they aren't familiar with the person they would run away.

"They don't know them so they wouldn't go. They run away. But when I'm there, they stay," he said.

John, whose two children have since migrated, said his father and brother sold fish all their lives, although he has worked in various fields, including the construction industry. His father has since passed away and John decided to take on the business after retiring from working in the public sector.

When asked whether he would ever retire for good, the sprightly 65-year-old said he likes keeping busy. 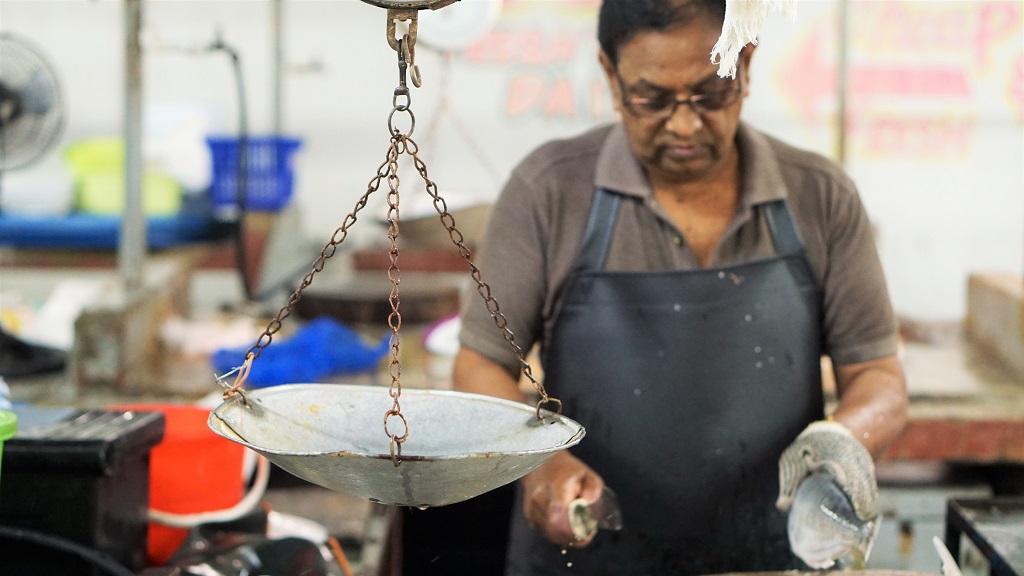 "I like to keep busy, I like meeting people. I have plenty customers, plenty people know me," he said. 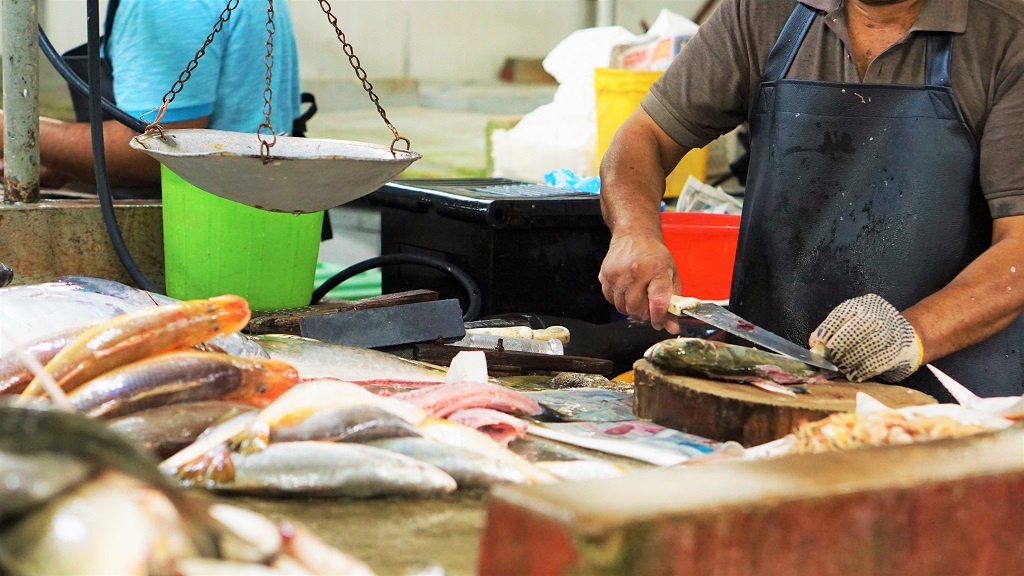 "It's going good, I keep myself occupied, customers tell me they like how I treat them, I make sure they get the best pieces of fish," he said.

John said that he believes that local food is fresher and better.

"Local food is much better, we have plenty fish in Trinidad (and Tobago). I eat plenty fish, I take some home every day, it's good for you," he said.

“Thank you sir.....and I will make it my business to patronize your business whenever the need arises.”

“This man will be richly blessed for feeding these animals.”

“I love this! Not all heroes wear capes!”

Customers can find Mr Kay at his fish stall from Monday to Saturdays at the Chaguanas Market, from as early as 6:00 am until 5:00 pm.

McDonald’s hosts “Great Day” in aid of the Heroes Foundation