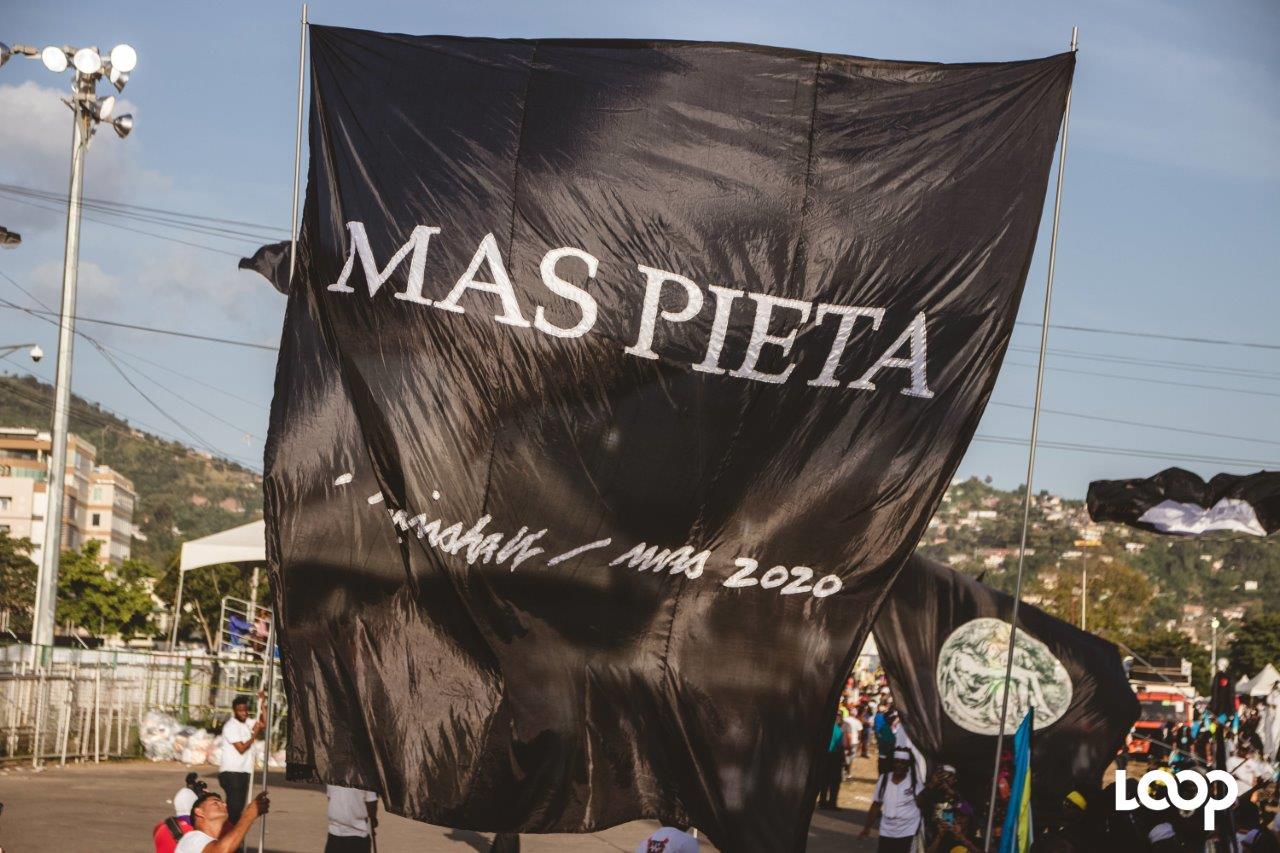 Kinetic Mas is the winner of the Large Bands category in Downtown Port of Spain Carnival with its portrayal of the Peter Minshall-designed Mas Pieta.

It was a double win for the band which also took the National Carnival Commission’s Overall Band of the Year title.

Meanwhile, in the Medium band category K2K Alliance and Partners dominated with its portrayal, The Greatest Show on Earth.

The Small bands title went to First Citizens Original Jab Jab for its portrayal of Power of the Plants.

The results were announced by Aba Kamau, head of the Downtown Carnival Committee at a media conference at the Port-of-Spain Mayor’s Office on Monday.

Speaking on the logistical side of Downtown Port of Spain Carnival, Mayor Joel Martinez said it was “all in all successful” and without major incident.

Regarding security operations, Martinez thanked Police Commissioner Gary Griffith and the Trinidad and Tobago Police Service (TTPS) for their efforts in ensuring the safety of spectators and revellers alike.

He noted that cleanup operations throughout the main city area and environs were mostly complete, with some washing of city areas to take place.

Addressing the plight of Woodbrook residents whose walls were covered in paint by revellers during J’ouvert celebrations on Carnival Monday, the Mayor said it was the responsibility of band leaders to ensure this does not take place.

Martinez confirmed that the City Corporation does not compensate residents for this damage, nor does it repaint the defaced walls.

While he empathised with the residents, he said the Corporation does not receive any allocation of funds to provide this relief.

He said a discussion with stakeholders on the possibility of a fine in the form of a security bond is ongoing.

The Mayor also addressed complaints of loud music which in many cases shook residents' homes to the point of windows rattling.

He called on bandleaders to be mindful of the volume of their music when entering residential areas.

"The music doesn't have to be that loud for you to enjoy Carnival," he said.

A post mortem with the bandleaders is expected to be conducted by the following month.

See full results of the Downtown Port of Spain Carnival below.

Carnival Monday Parade of the Bands

Medium: MHTL Starlift Orchestra “Blast from the Past”

Band of the Day: Trinidad All Stars Steel Orchestra “Fleets in a Middle Eastern Adventure”

Carnival Tuesday Parade of the Bands

Large: Zebapique Production “Side by Side We Stand”

8 years to 11 years: Khayri-Jaalam Williams “D’Art of Black and White… With Colour”

Most Original Boy: Jerome Estrada “Ah See a Young Gunman in the Garden”

Medium: Newtown Girls “Tales from the Forest and Other Folklore”

Mini: In My Mummy’s Garden

Large: Zebapique Productions “Side by Side We Stand”