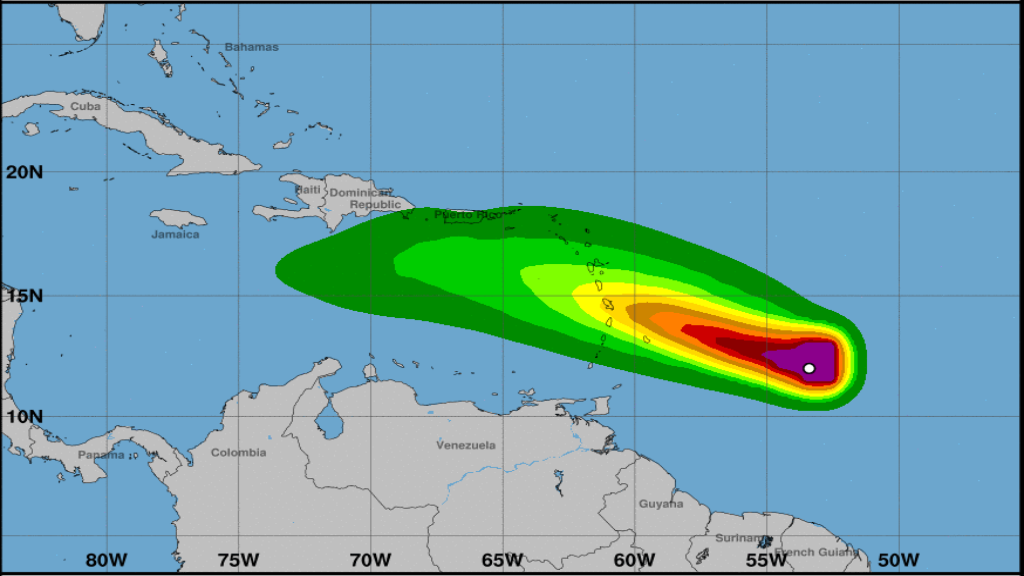 Days after degenerating into a Tropical Wave, Tropical Cyclone Kirk has regenerated in a Tropical Storm.

A Tropical Cyclone is a rotating, organised, low-pressure system of clouds and thunderstorms originating in the tropics. Tropical Depressions, Tropical Storms and Hurricanes are all Tropical Cyclones.

The Met Office gave the assurance as it said it continues to monitor Kirk’s progress in the Eastern Atlantic.

The Met Office advised that as of 5 am on Wednesday, the Tropical Storm was located near 11.8N 52.7W or about 755km East of Barbados and moving towards the West at 30 km/h with maximum sustained winds of 75km/hr.

The Met Office will issue an update on the status of the Tropical Storm at 6 am on Thursday, or sooner if needed.

The Met Office stressed that Trinidad and Tobago is not under any tropical storm threat, watch or warning at this time.

According to the latest news from the National Hurricane Centre in Miami, Tropical Storm Kirk is gaining strength, packing winds of 50 miles per hour.

On the forecast track, the center of Kirk will move over the Lesser Antilles within the Tropical Storm Warning area Thursday afternoon.

Tropical-storm-force winds extend outward up to 115 miles (185 km) from the center.

Kirk is expected to produce total rainfall of 4 to 6 inches across the northern Windward and southern Leeward Islands with isolated maximum totals up to 10 inches across Martinique and Dominica.

The NHC advised that these rains may produce life-threatening flash floods and mudslides.

A tropical storm watch remains in effect for St. Vincent and the Grenadines.

The NHC has advised residents in the central and northern Lesser Antilles to monitor the progress of Kirk as additional warnings or watches could be issued later today.