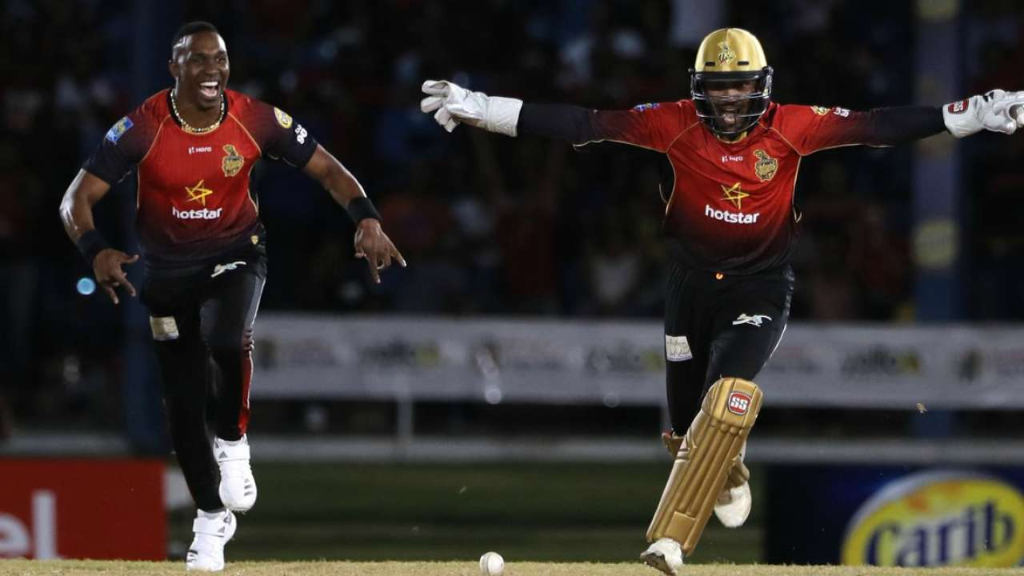 The Trinbago Knight Riders showed great grit and determination to beat the St Kitts and Nevis Patriots by 20 runs in a tense 2nd Qualifier and clinch a place in their second consecutive Caribbean Premier League final.

Both teams met in the 2017 final but Fawad Ahmed took two wickets off three balls in the 16th over to torpedo the Patriots hopes of another finals berth.

Fabian Allen and Carlos Brathwaite hit some lusty blows late to reduce the ask to 27 off the final over.

However, Kevon Cooper bowled a fabulous last over, conceding only six runs to cap off a gritty performance from the Knight Riders.

The home team will now face the Guyana Amazon Warriors in the finals on Sunday and bid to become the first team to win two consecutive CPL titles.

Earlier, the Knight Riders stuttered to 165-6 off their 20 overs with Brendon McCullum scoring 43 off 26 balls during a 71-run partnership with Colin Munro (29).

Denesh Ramdin was not out on 27 off 25 balls, with Darren Bravo (20) and Dwayne Bravo (24) chipping in with useful cameos.

Sheldon Cottrell was the best bowler for the Patriots with 2-24, with Carlos Brathwaite, Ben Cutting and Chris Gayle each taking a wicket.

The Trinbago Knight Riders finished top of the six-team table after the preliminary round but lost to Guyana Amazon Warriors in the 1st Qualifier at the Providence Stadium, Guyana.

The St Kitts and Nevis Patriots booked their place in Qualifier 1 by virtue of their two-wicket win over the Jamaica Tallawahs, also at Providence.