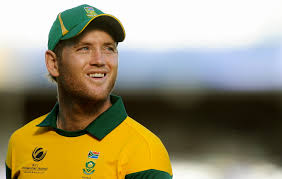 The Trinbago Knight Riders have added Colin Ingram to their squad for the 2018 Hero Caribbean Premier League (CPL).

Ingram will replace Chris Lynn who returns to Australia after the Knight Riders’ final home game on 7 September against Barbados Tridents at Queen’s Park Oval.

He has also played in the T20 Blast, Big Bash and Pakistan Super League.

An explosive middle order batsman who can bowl effective leg spin, Ingram will join the squad ahead of their match against Guyana Amazon Warriors on 9 September at Providence Stadium, Guyana.

Speaking about the departure of Lynn and arrival of Ingram, Venky Mysore, Director of Trinbago Knight Riders said: “Losing a player of the calibre of Chris Lynn is a blow for any team but Colin Ingram is a proven performer and an outstanding T20 player, who will add fire power to the top order and a useful bowling option as well. We are delighted to have him join Team TKR for the conclusion of Hero CPL 2018.”