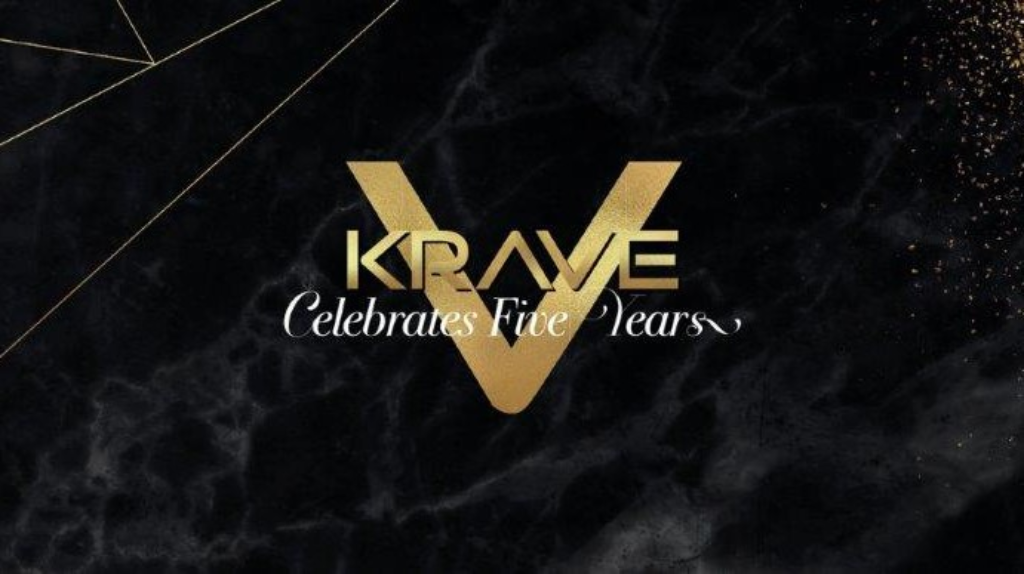 Krave Restaurant is marking its 5th Anniversary with a week of celebration from November 19 to 24.

Since opening its doors five years Krave has become an institution in the restaurant industry of Trinidad and Tobago.

When the Marabella based restaurant opened on November 19, 2014, fine casual dining was not readily associated with South Trinidad.

“The Persads Group decided to take our involvement in the food industry to the next level, first with Viaaa a casual eatery and with Krave. The family felt that the people in San Fernando and environs deserved an elevated dining experience, that didn’t require a drive up the highway!” said the Damion Persad, Director of Persad’s Food Service Division, “Now persons are frequently willing to go “past the lighthouse for a meal or celebration at Krave”.

Krave began its journey with a great team of professionals and many have stayed on with the restaurant to this day.

Executive Chef Dominque Beens brought over 25 years of experience to the table, from his native Belgium, throughout Europe and Panama. He assembled a team of local and international chefs who made it possible for Krave to offer guests cuisine that was diverse, tasty and often visually stunning.

Krave’s commitment to world-class dining has only deepened as evidenced by the Peruvian Food Festival staged in 2018 and 2019, as well as the recent Goatober dinner which showcased the work of two visiting United Kingdom Chefs.

Among “foodies” the Krave experience is synonymous with fun, attentive service, exciting cocktails and innovative food choices that remind them of international experiences.

“Since Krave, our guests' palates have changed significantly and we are able to push the envelope with flavours, cooking techniques and experiences” Executive Chef Beens shared. “Initially, guests would shy away from items like frog’s legs or escargot on the Brunch Buffet, now they ask specifically when these items are next being offered.” 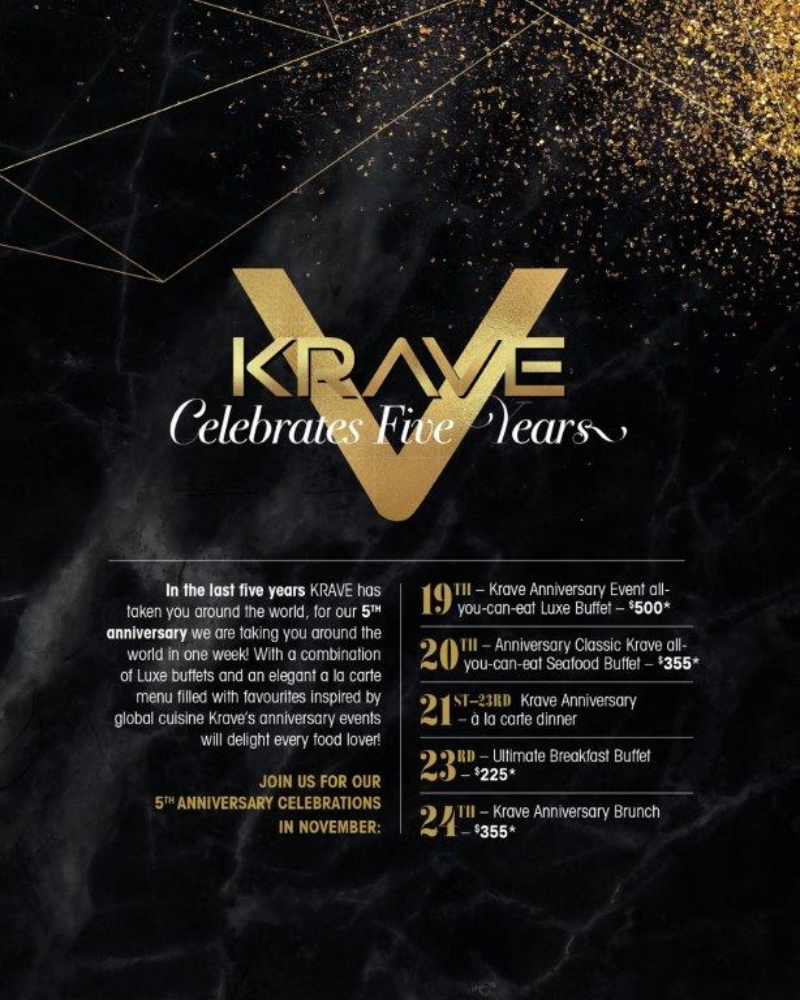 Guests participating in Krave’s 5th Anniversary celebrations will also be among the first diners to enjoy the newly remodelled Krave.

The restaurant now enjoys an entirely new aesthetic, the work of interior architect Kami Jerome. Krave’s dining room and ladies room will be among the most photographed and Instagrammed spaces in Trinidad and Tobago for years to come.

Over the years Krave’s Anniversary celebrations have themselves become sought after experiences and for the 5th Anniversary, the offerings are even more exciting –

Tuesday 19 November – The Krave 5th Anniversary Event - $500 (including Vat and Service Charge). All you can eat Luxe Buffet.

Wednesday 20 November – The Anniversary Classic Krave Buffet - $355 (including Vat and Service Charge), an All you Can Eat Seafood Buffet

Krave is also rolling out a series of pop up contests on their Facebook and Instagram pages. The one currently running on their Instagram profile is encouraging past guests to post their favourite Krave photos for a chance to win dinner for two at Krave’s 5th Anniversary Buffet on Tuesday 19 November.