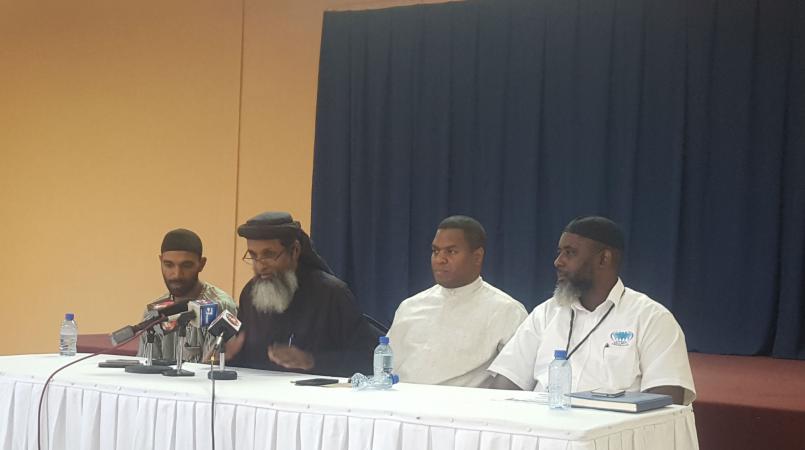 Abdul “Krysis” Wakeel has claimed that he has enough information on corrupt officers in the police service that could potentially cause an immediate reconstruction of the organisation.

Wakeel, otherwise known as Avinash Seepersad, made this allegation on Friday during a press briefing in the Southern Hall of Centre Point Mall in Chaguanas.

At the time, he was supported on a table which included head of the Waajihatul Islaamiyya (The Islamic Front) Imam Umar Abdullah, Nation of Islam Leader David Muhammad, and Citizens Security Programme representative Mtima Solwazi.

During the briefing, Wakeel said he would be working with the police service to weed out these criminal elements, and that he hoped that it would lead to a total overhaul of how policing in the country.

Wakeel also took the opportunity to issue an apology to the nation for his actions and words in several videos which would have gone “viral” on social media over the past two months.

He said he was sorry for any unease or unrest caused, but that at the time, he was a frustrated individual reacting to an even more frustrating situation.

He, however, promised to dedicate his life to bringing peace in the Enterprise community once again and said that he was committed to ending gang violence in his area.

Absent from the press conference was Kerron Alexis, son of deceased Selwyn “Robocop” Alexis. Abdullah said Alexis’ absence was due to him being fearful of being misunderstood by the media, but he assured that he, too, was willing to cooperate.

Abdullah also noted that after conversations with members from both the Rasta City and Unruly Isis gangs, that the names of the two groups would be changed to reflect more peaceful organisations.