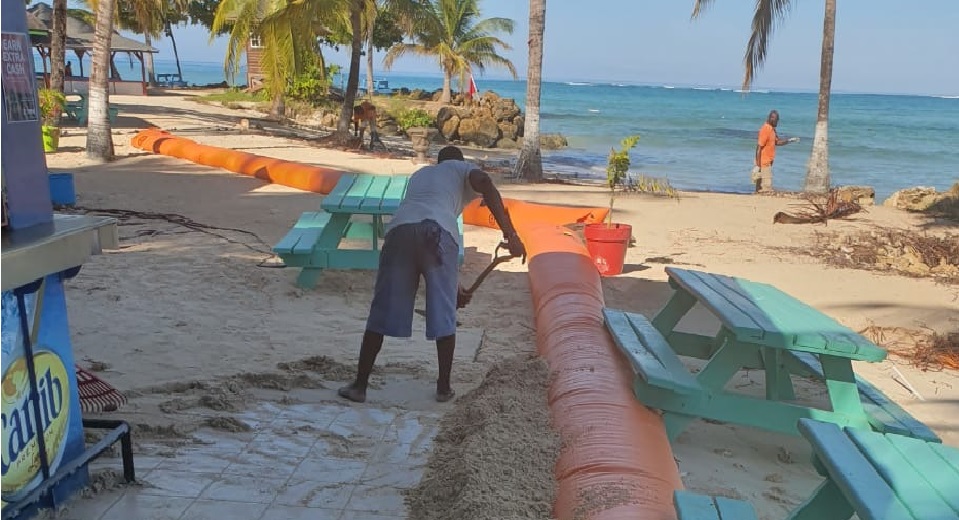 Food shortages, health issues, sea-level rise, and violent storms are just some of the ramifications of climate change, many of which may affect Trinidad and Tobago.

Head of Multilateral Environmental Agreements at the Ministry of Planning and Development, Kishan Kumarsingh, said with the current increase in global temperature, weather extremes experienced in 2018 and 2019 may soon become the norm.

He said the data is still being gathered but scientists are already seeing these patterns unfolding.

“Some of the projected impacts of climate change speak of a decrease in overall rainfall and also increased rainfall density. Sounds familiar?

“We are seeing signs of that – we’re in a country where we have flooding and drought all within the same year,” he said.

“The solution now is to build resilience and strengthen infrastructure.”

These bodies are advisory bodies to the United Nations Framework Convention on Climate Change (UNFCCC).

Negotiations were held to review the ‘Warsaw International Mechanism on Loss and Damage Associated with Climate Change Impacts’ (WIM), with a view to making recommendations. 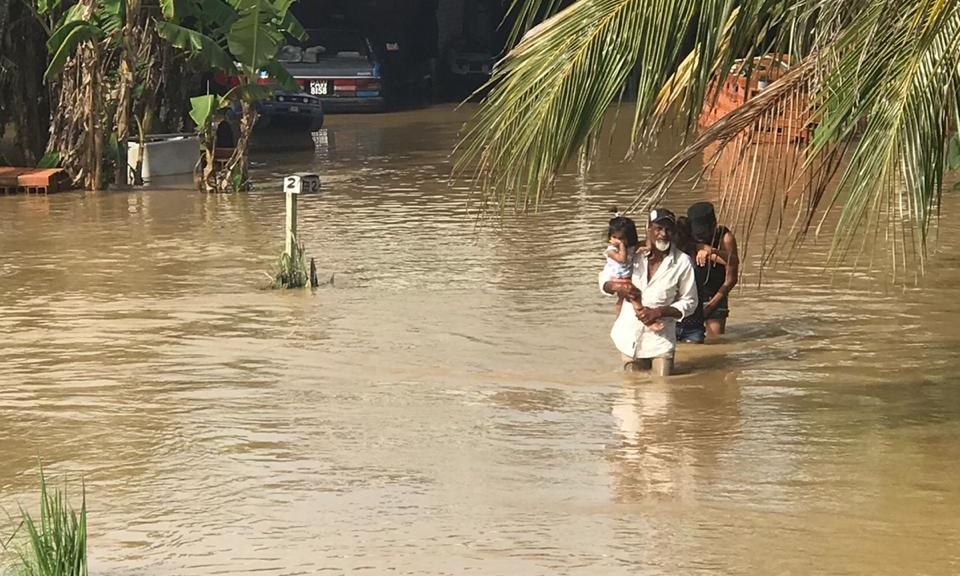 Kumarsingh said the results of the Madrid Climate Change Conference in December 2019 were not as encouraging as hoped, mainly because many developed countries did not agree to several elements of the Paris rulebook - a series of regulations that countries would use to meet their targets for cutting greenhouse gas emissions under the Paris agreement.

“There was a clause related to Article 8 (loss and damage), which says that there shall be no issues of compensation or liability to be incurred…a waiver clause for developed countries, that is, no liability because of things like greenhouse gases.”

“The issue was to have that part also reflected in the decision, (however) that was resisted by developing countries because that could have ramifications,” he said.

Article 8 of the Paris agreement surrounds proposals for compensating developing countries for damages due to climate change.

Trinidad and Tobago received TT$17 million in insurance payouts due to extreme flooding in 2018, and also received payouts in 2017.

Kumarsingh said there is a disconnect among ministries in tackling climate change cohesively, which must be fixed for development to combat the effects of climate change.

“There is a disconnect between ministries which are responsible for various aspects, which we are trying to resolve through a policy approach where there is a harmonised ‘umbrella’ of integrating climate change…into national development,” he said.

He said this includes enhancing, maintaining and preserving the country’s natural defence mechanisms against climate change. 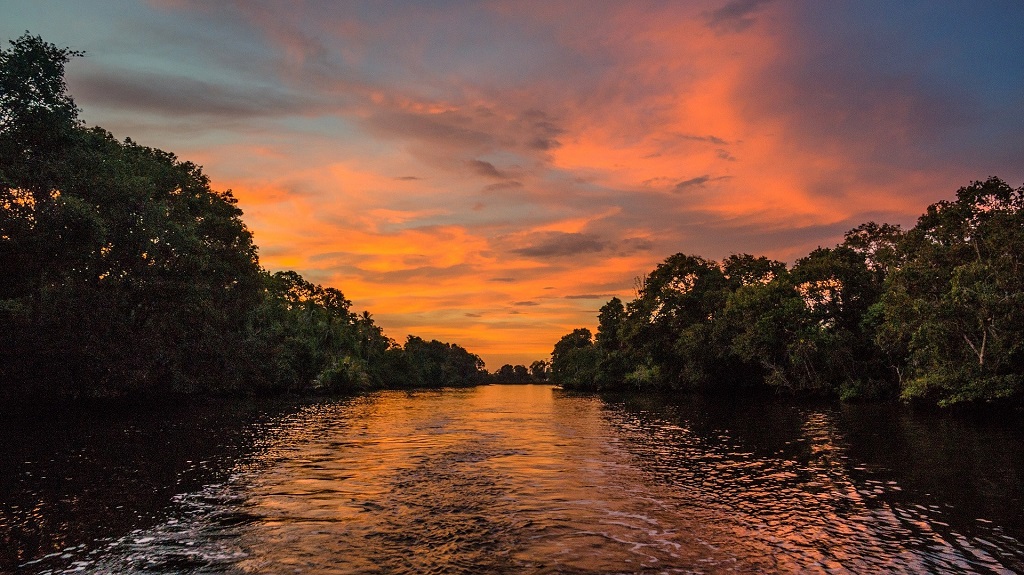 (Image by skeeze from Pixabay)

“For example, to build a road on the coast, there is no need to remove mangrove, it’s a natural sea defence against sea-level rise and storm surge.

“Planning how to do development, it’s not either-or. Development should now take into consideration what the effects of climate change are, what the damage is likely to be, and build accordingly.”

“Infrastructure and development have to be seen as 100-year investments,” he said.

The key, he said, lies in long-term solutions, instead of fixing the same problems repeatedly.

“There is the risk of maladaptation, that is, adapting to the wrong impacts, and then you have to do it all over again. In time it becomes more and more expensive and the risk is you end up fixing the mess over and over, and you end up digging the proverbial hole, borrowing money to pay a debt,” he said.

Trinidad and Tobago’s participation in COP25 will also aid in implementing these policies at a national level, Kumarsingh said.

“All multilateral agreements, environmental or otherwise, have two facets – burdens and benefits. The burden we have now is not only to the international community but also to ourselves. The benefits to be derived from this agreement now have to be translated nationally by integrating and discharging some of the obligations such increasing resilience and decreasing greenhouse gases where we can.

Trinidad and Tobago was the first Caribbean nation to submit its emissions reduction plan in 2015, which outlined an estimated cost of USD $2 billion in order to meet its climate change objectives.

The cost is expected to be met partly through domestic funding and is conditional on international climate financing including through the Green Climate Fund. 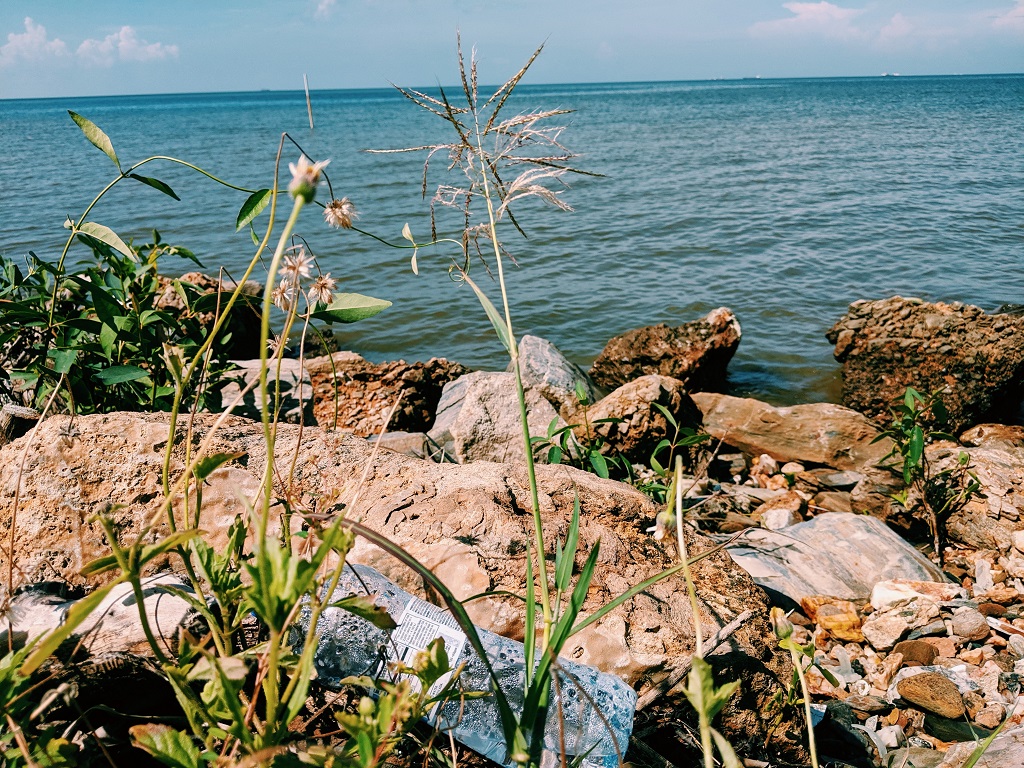 There is time…if we act now

Kumarsingh says scientists have outlined the requirements needed to stop global warming before a threshold is reached.

“The science has shown globally that it can be done with the technology we have now, but it requires political will across the board and we are not seeing that globally.

Scientists have given a timeline of 12 years to limit average global temperature increases to 2°C and avoid catastrophic climate change impacts.

8 things to know about climate change in T&T

1. Trinidad and Tobago is heating up

According to a 2018 report by the UN World Meteorological Organisation, global temperatures are on course for an increase of 3-5 degrees Celsius, almost double the global target which aims to limit temperature rise to two degrees Celsius.

Why is this important? According to NASA, with just a 1.5°C increase, most land regions will see more hot days, especially in the tropics.

At 1.5 degrees Celsius warming, about 14 percent of Earth’s population will be exposed to severe heatwaves at least once every five years, while at 2 degrees warming that number jumps to 37 percent.

According to NASA, if warming reaches 2 degrees Celsius, more than 70 percent of Earth’s coastlines will see sea-level rise greater than 0.66 feet (0.2 meters), resulting in increased coastal flooding, beach erosion, salinization of water supplies and other impacts on humans and ecological systems.

About 10.4 million fewer people would be exposed to these risks by 2100 at the 1.5-degree Celsius threshold, assuming humans don’t adapt.

Risks are projected to be highest in South and Southeast Asia, but sea level rise will significantly impact areas all around the world to varying degrees, NASA said.

If temperatures increase above 1.5°C, oceans will become more acidic due to higher concentrations of carbon dioxide, negatively impacting a broad range of species, from algae to fish.

NASA said based on these reports, ocean warming, acidification and more intense storms will cause coral reefs to decline by 70 to 90 percent at 1.5 degrees Celsius warming, becoming all but non-existent at 2 degrees warming.

4. The fight for food

Cereal, bread, rice, and many other food staples Trinidadians are accustomed to may become more expensive or less available with temperature increases above 2°C.

According to NASA, food security is expected to be reduced at 2 degrees Celsius warming compared to 1.5 degrees, with the largest risks emerging in the African Sahel, the Mediterranean, Central Europe, the Amazon, and Western and Southern Africa.

Rice and wheat will become less nutritious. Projected food availability will be less at 2 degrees Celsius warming than at 1.5 degrees in Southern Africa, the Mediterranean, the Sahel, Central Europe and the Amazon.

Seven to 10 percent of the world’s rangeland livestock will be lost at about 2 degrees Celsius warming.

Trinidad and Tobago’s National Climate Policy was laid in Parliament in 2011. The policy includes a framework for low carbon development with the objectives of reducing greenhouse gas emissions, enhancing carbon sinks, and protecting the environment and natural health.

The policy also supports education on climate change for the wider public.

Trinidad and Tobago must meet its objective to reduce cumulative emissions from the three main emitting sectors (power generation, industry and transport) by 15 percent by 2030.

Government has also agreed to reduce public transport emission by 30 percent, compared to 2013 levels, by December 31, 2030.

Some measures to achieve this include a CNG conversion programme for PTSC and maxi taxi fleets and a pilot project for alternative fuel production for the sea transport sector.

According to the Ministry, the estimated cost of implementation is USD $2 billion which is expected to be met partly through domestic funding and conditional on international climate financing including through the Green Climate Fund.