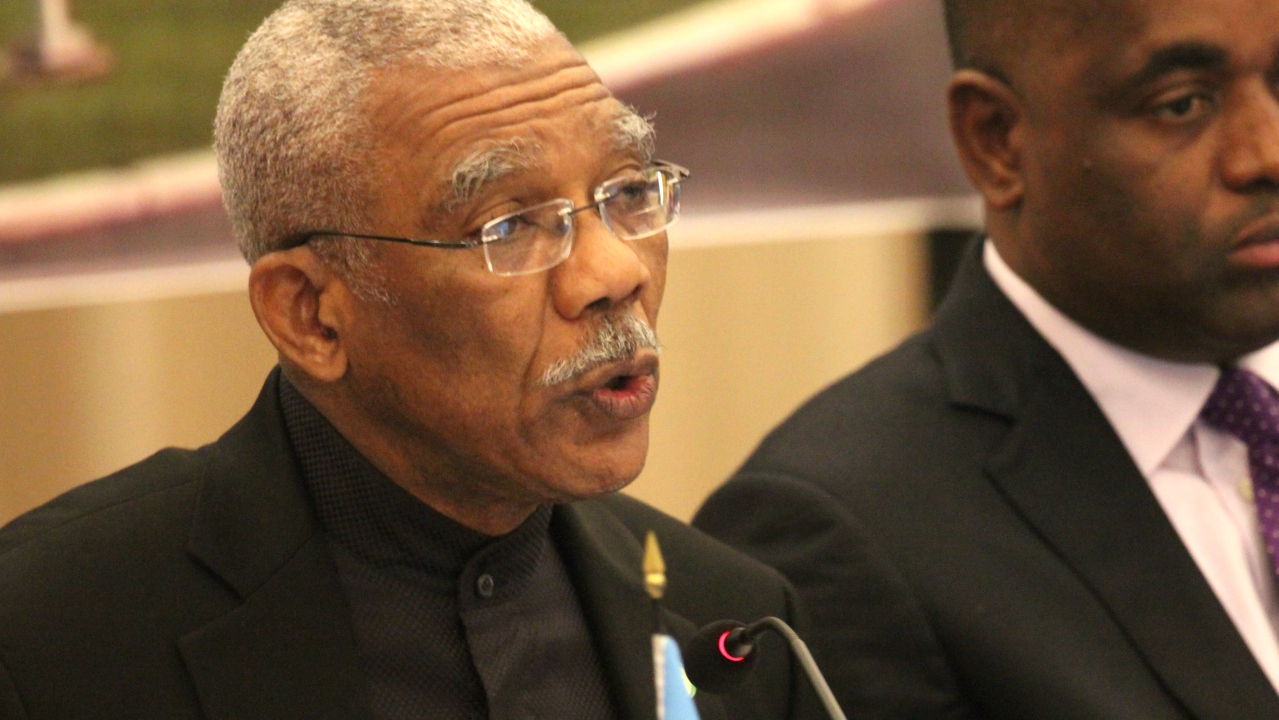 As several Caribbean islands count massive losses in the wake of two Category Five hurricanes in as many weeks, Guyana’s President David Granger has suggested that the country’s large size may be a ‘gift’ to its CARICOM neighbours.

“We are the largest CARICOM (Caribbean Community) state and we have to consider our land space as being the hinterland of the Caribbean.

“We have to sit down and speak to other CARICOM states to see how this gift could be utilised to give the Caribbean people a better life in the wake of these disasters.”

“In my lifetime, I have never seen such a catastrophic series of hurricanes,” Granger said, also noting, “It is clear that climate change is not something that we can ignore; particularly the small island states of the Caribbean have been vulnerable.”

Following the devastating impact of Hurricane Irma two weeks ago on islands such as Barbuda, Anguilla St Maarten, and the British Virgin Islands, Dominica this week became the latest Caribbean country to face loss of life and widespread destruction after taking a direct hit from Category Five Hurricane Maria on Monday night.

Dominica’s Prime Minister Roosevelt Skerrit said there has been “almost complete devastation” in the island of 751 square kilometres and a population of 73,000.

“Private homes have been damaged, some beyond any form of repair – all flat on their faces. Many of our schools have been destroyed. Our main hospital is with no electricity now. They’ve been running very, very difficult operations with no generators. The generators had to be set aside because of the flooding… Nurses have been working the last 96 hours non-stop trying to provide care to the patients… Communication to many parts of the country is impossible. We will have to access villages by sea and also by helicopter.”

“Every part of Dominica has taken a beating,” he emphasised.

Speaking the day after the hurricane hit, PM Browne said 60 percent of the 1,800 people living in Barbuda were now homeless and would have to be accommodated either by relatives in Antigua or in private buildings rented by Government.

Help on the way to Dominica