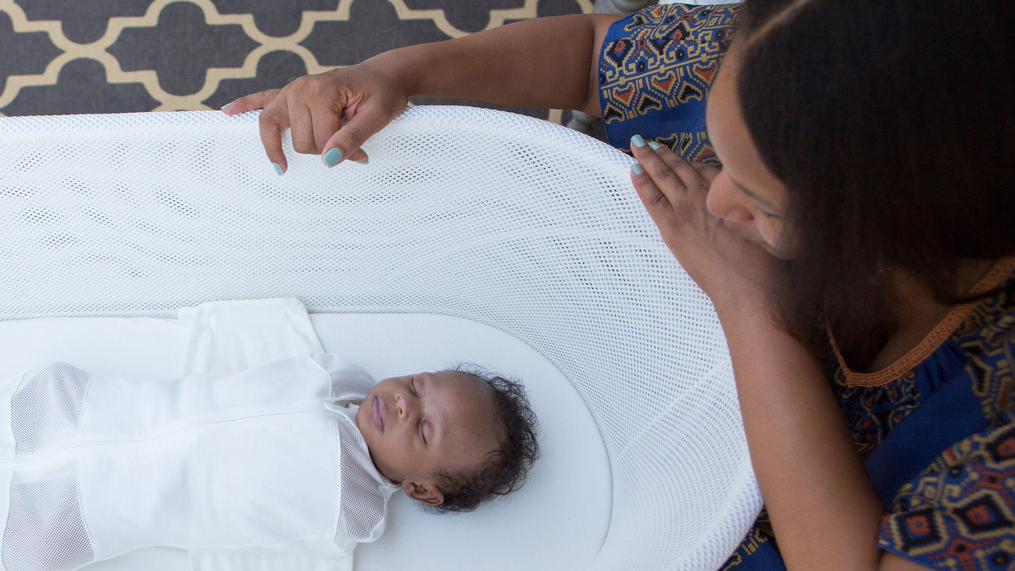 Sudden Infant Death Syndrome (SIDS) is a nightmare for any parent of a newborn.

Also known as cot death or crib death, SIDS is the sudden unexplained death of a child of less than one year of age and usually occurs during sleep.

Many parents have spent countless hours watching their sleeping babies carefully looking for signs of breathing to ensure they are okay.

Now there might be a solution to calm parents' nerves.

Snoo is a bed that makers claim to cut the rate of SIDS.

Happiest Baby Inc., makers of Snoo, said it has reached a stunning breakthrough in the fight against SIDS.

"Babies have slept over 50,000,000 hours in Snoo Smart Sleepers without a single reported death. By comparison, 20–30 deaths would have been expected in a similar population," the company said in a release.

"Snoo is a huge leap forward in infant safety. Its unique sleep sack guarantees that babies stay safely swaddled and securely on the back during sleep for the first six months. That makes Snoo the only bed to meet the American Academy of Pediatrics' (AAP) back sleeping recommendation."

In the world's largest prospective sleep study, Happiest Baby analysed 7,157 babies who slept in Snoo for the first six months of life (available upon request). The report revealed that Snoo increases sleep one–two hours per night. On average, these babies woke up one time less per night.

"By reducing bed-sharing and preventing stomach sleeping, Snoo may be able to dramatically reduce infant death. Happiest Baby surveyed 2,500 Snoo users and found these families were much less likely to bed-share than non-Snoo users (17 percent vs 25–60 percent). Over the past three years, tens of thousands of babies have slept 50,000,000+ hours in Snoos—without a single death.

Happiest Baby said it plans to use this landmark bed to help all new parents and babies across America.

However, in 2018, the company began renting Snoos to top US corporations as an employee benefit. Over 50 companies—Activision Blizzard, Snap, Hulu, Weight Watchers, Under Armour, and more—use Snoo to support new parents and strengthen retention, loyalty and productivity.

In 2019, the company expanded its rental initiative to families across America. Now, parents in any community can enjoy more rest, peace of mind, and round-the-clock help for about the cost of a cup of coffee per day, the company said.

For more information, go to https://www.happiestbaby.com.

Sudden Infant Death Syndrome - What every parent should know

One airline helps you avoid sitting next to babies on flights