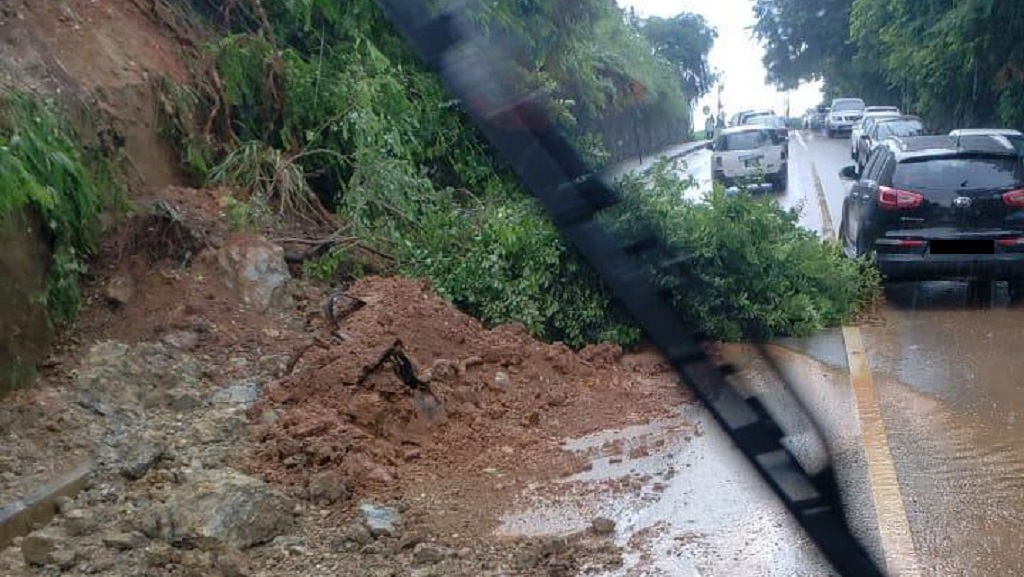 The Ministry of Rural Development and Local Government says traffic is flowing along both lanes of the Lady Young Road with little delay.

This follows three landslides which blocked one lane on Friday. Earlier, we reported that one landslide had disrupted traffic.

In a Facebook post, the Ministry said the rubble is still being cleared. Larger pieces of debris have been cleared from the roadway and will be removed at a later date.

Reports have been received of a landslide along the Lady Young Road.

Drivers are advised to seek alternative routes or delay their travel plans until the blockage has been cleared.

The Ministry of Rural Development and Local Government said teams were mobilising to remove the debris.

"The MOWT and the San Juan/ Laventille Regional Corporation are currently mobilizing resources to clear the site. Motorists are asked to use alternative routes or exercise caution if proceeding along the Lady Young Road," the Ministry said.

The incident occurred after thundershowers in the West on Friday afternoon.

Drivers are advised to wait until flash flooding has subsided and to avoid flood-prone areas.