Las Vegas gunman's girlfriend returns to US for questioning 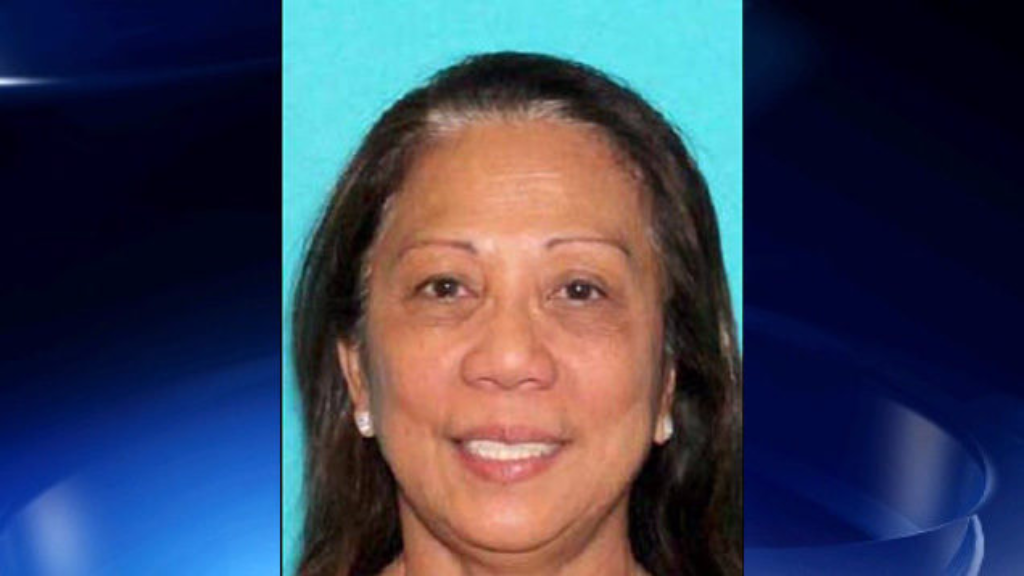 The Las Vegas gunman's girlfriend, back in the United States after a weekslong trip abroad, will be at the center of the investigation into the shooting deaths of 59 people as authorities try to determine why a man with no known record of violence or crime would open fire on a concert crowd from a high-rise hotel.

Stephen Paddock's girlfriend Marilou Danley, 62, who was in the Philippines at the time of the shooting, was met by FBI agents at the airport in Los Angeles late Tuesday night, according to a law enforcement official.

The official wasn't authorized to publicly discuss the matter and spoke to The Associated Press on condition of anonymity.

Sheriff Joseph Lombardo, who has called Danley a "person of interest" in the attack, said that "we anticipate some information from her shortly," and said he is "absolutely" confident authorities will find out what set off Paddock, a 64-year-old high-stakes gambler and retired accountant who killed himself before police stormed his 32nd-floor room.

Danley first arrived in the Philippines on Sept. 15, according to immigration documents there. She departed on Sept. 22 then returned three days later on a flight from Hong Kong. She was traveling on an Australian passport.

"From the very beginning, we have been providing them necessary information that would aid their investigation," Mangrobang said.

Danley's Australia-based sisters say they believe Paddock sent her away so she wouldn't interfere with his plans.

Australia's Channel 7 TV network interviewed the sisters with their faces obscured and their names withheld. They said they believe their sister couldn't have known about his ideas.

The woman said Danley is "a good person" who would've stopped Paddock had she been there.

One of the sisters, who live near Brisbane, Queensland, said they believed Marilou knew Paddock had guns, but not as many as he had.

"She probably was even (more) shocked than us because she is more closer to him than us," her sister said.

Paddock traveled at least twice to the Philippines, where his girlfriend was born, according to a Filipino official who was not authorized to discuss the trips publicly and spoke on condition of anonymity.

The official said Paddock visited the Philippines in 2013 and 2014, around his birthday, staying for five to six days on both occasions. There were no immediate details available about those trips, according to the official.

Paddock transferred $100,000 to the Philippines in the days before the shooting, a U.S. official briefed by law enforcement but not authorized to speak publicly because of the continuing investigation told The Associated Press on condition of anonymity.

Investigators are still trying to trace that money and also looking into a least a dozen financial reports over the past several weeks that said Paddock gambled more than $10,000 per day, the official said.

As for what may have set Paddock off, retired FBI profiler Jim Clemente speculated that there was "some sort of major trigger in his life — a great loss, a breakup, or maybe he just found out he has a terminal disease."

Clemente said a "psychological autopsy" may be necessary to try to establish the motive. If the suicide didn't destroy Paddock's brain, experts may even find a neurological disorder or malformation, he said.

He said there could be a genetic component to the slaughter: Paddock's father was a bank robber who was on the FBI's most-wanted list in the 1960s and was diagnosed a psychopath.

"The genetics load the gun, personality and psychology aim it, and experiences pull the trigger, typically," Clemente said.

Paddock had a business degree from Cal State Northridge. In the 1970s and '80s, he worked as a mail carrier and an IRS agent and held down a job in an auditing division of the Defense Department, according to the government. He later worked for a defense contractor.

He had no known criminal record, and public records showed no signs of financial troubles.

Nevada's Gaming Control Board said it will pass along records compiled on Paddock and his girlfriend to investigators.

His brother, Eric Paddock, said he was at a loss to explain the massacre.

"No affiliation, no religion, no politics. He never cared about any of that stuff," he said outside his Florida home.

Eric Paddock said his brother did show a confrontational side at times: He apparently hated cigarette smoke so much that he carried around a cigar and blew smoke in people's faces when they lit up around him.

Lombardo said the investigation is proceeding cautiously in case criminal charges are warranted against someone else.

"This investigation is not ended with the demise of Mr. Paddock," the sheriff said. "Did this person get radicalized unbeknownst to us? And we want to identify that source."

On Wednesday, President Donald Trump is set to arrive in Las Vegas to meet with public officials, first responders and some of the 527 people injured in the attack. At least 45 patients at two hospitals remained in critical condition.

All but three of the dead had been identified by Tuesday afternoon, Lombardo said.

Some investigators turned their focus Tuesday from the shooter's perch to the festival grounds where his victims fell.

A dozen investigators, most in FBI jackets and all wearing blue booties to avoid contaminating the scene, documented evidence at the site where gunfire rained down and country music gave way to screams of pain and terror.

While Paddock's motive has proved elusive, investigators have found no shortage of evidence of how Paddock carried out the elaborate attack.

He planned the massacre so meticulously that he even set up cameras inside the peephole of his high-rise hotel room and on a service cart outside his door, apparently to spot anyone coming for him, authorities said.

Investigators also found a computer and 23 guns with him at the hotel, along with 12 "bump stock" devices that can enable a rifle to fire continuously, like an automatic weapon, authorities said. Nineteen more guns were found at Paddock's Mesquite home and seven at his Reno house.

Two Las Vegas hotels temporarily stepped up screening of bags in response to the attack.

A hotel spokesman said they've since returned to the practice of only scanning bags and guests when they "believe the need arises."

Authorities released police body camera video that showed the chaos of the attack as officers tried to figure out the location of the shooter and shuttle people to safety. Amid sirens and volleys of gunfire, people yelled "they're shooting right at us" while officers shouted "go that way!"

The cameras Paddock set up at the Mandalay Bay hotel casino were part of his extensive preparations that included stockpiling nearly two dozen guns in his room before opening fire on the concert below. McMahill said the cameras included one in the peephole and two in the hallway.

"I anticipate he was looking for anybody coming to take him into custody," Lombardo said.

During the Sunday night rampage, a hotel security guard who approached the room was shot through the door and wounded in the leg.

"The fact that he had the type of weaponry and amount of weaponry in that room, it was preplanned extensively," the sheriff said, "and I'm pretty sure he evaluated everything that he did and his actions, which is troublesome."

Vegas gunman had device that lets guns fire like automatic