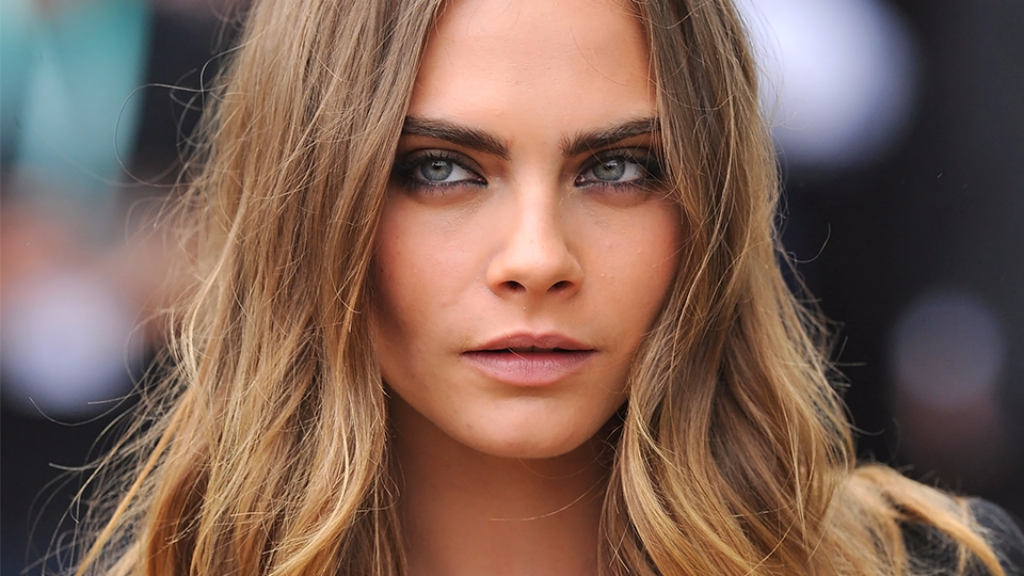 The Latest on sexual harassment allegations against Harvey Weinstein (all times local):

She says in a lengthy Instagram post that Weinstein brought up sexual subjects during more than one business meeting and also tried to get Delevigne to kiss a woman in front of him.

She says she did not participate and left the room. She says she subsequently appeared in a Weinstein Co. film and adds that she "felt awful that I did the movie." She says she was afraid to speak out at the time of the incident because she feared she may have somehow been responsible and didn't want to hurt his family.

Delevigne says in a second post Wednesday that abuse of women by powerful men happens in every industry. She urged victims to speak out.

A message sent to a Weinstein spokeswoman was not immediately returned.

NBC News President Noah Oppenheim says that the story about Hollywood mogul Harvey Weinstein's alleged sexual assaults that Ronan Farrow wrote for The New Yorker magazine was not the same one that Farrow brought to NBC executives last summer.

Oppenheim spoke at a town hall meeting to his employees Wednesday after questions were raised about why NBC News passed on an explosive story reported by one of its contributors.

Oppenheim said that NBC didn't feel the story as presented by Farrow this summer had all the elements needed for airing. He said the notion that NBC would try to cover for a powerful person was deeply offensive.

After Farrow took the story to The New Yorker, Oppenheim said he "greatly expanded" his reporting.

The University at Buffalo is moving to have alumnus Harvey Weinstein's honorary degree revoked in response to multiple accusations of harassment and sexual assault against the Hollywood mogul.

The university said Wednesday it is "well aware" of the allegations against Weinstein, who was an English major there from 1969-1973. The university says it has begun the process for revoking the honorary degree it bestowed on him in 2000. The decision lies with the State University of New York board of trustees.

In awarding the honorary SUNY doctorate of humane letters, the university noted that Weinstein and another student started a concert promotion company in 1972 called Harvey and Corky Productions, which became a fixture on Buffalo's music scene.

Britain's film academy says it has suspended producer Harvey Weinstein over the multiple accusations of harassment and sexual assault against him that recently became public.

The British Academy of Film and Television Arts said Wednesday that Weinstein was informed "that his membership has been suspended, effective immediately."

The organization says Weinstein had supported its charitable work, but called his alleged behavior "completely unacceptable and incompatible with BAFTA's values."

The British academy has about 7,500 members who work in film, television and games. It offers training and support for people in the industry and organizes annual movie, TV and games awards.

One of Hollywood's most powerful producers, Weinstein has been fired by the company he co-founded after multiple women accused him of sexual harassment and assault. He denies non-consensual activity.

Actress Lindsay Lohan says she feels "very bad" for Harvey Weinstein, who was fired by the company he co-founded amid decades of allegations of sexual harassment.

Lohan made the comments in a since-deleted Instagram video Tuesday. The video was captured by followers who posted it to social media. In it, she says that she has done several movies with Weinstein and he never harmed her.

Lohan also called on Weinstein's wife Georgina Chapman to "take a stand and be there for her husband." Chapman said Tuesday that she plans to divorce Weinstein. An emoji with a halo under the name "Harvey" was displayed on screen during the clip.

Lohan has been sharply criticized on social media over the video.

Her representative didn't immediately return a request for comment Wednesday.

Two of Hollywood's most powerful women may have sealed the fate of Harvey Weinstein.

Tuesday's accounts from Gwyneth Paltrow and Angelina Jolie of harassment they say they endured from Weinstein were the latest shocking revelation in the mogul's downfall. The accounts published in The New York Times came hours after The New Yorker reported that three women have accused Weinstein of raping them.

Weinstein has been silent on the accusations, but many in Hollywood were not. Condemnation rained down Tuesday from one-time Weinstein collaborators Ben Affleck and Matt Damon, and numerous other Hollywood actors and executives.

Cathy Schulman is the president of the advocacy group Women in Film. She says Weinstein's says it remains to be seen whether Weinstein's downfall will lead to meaningful change in Hollywood.