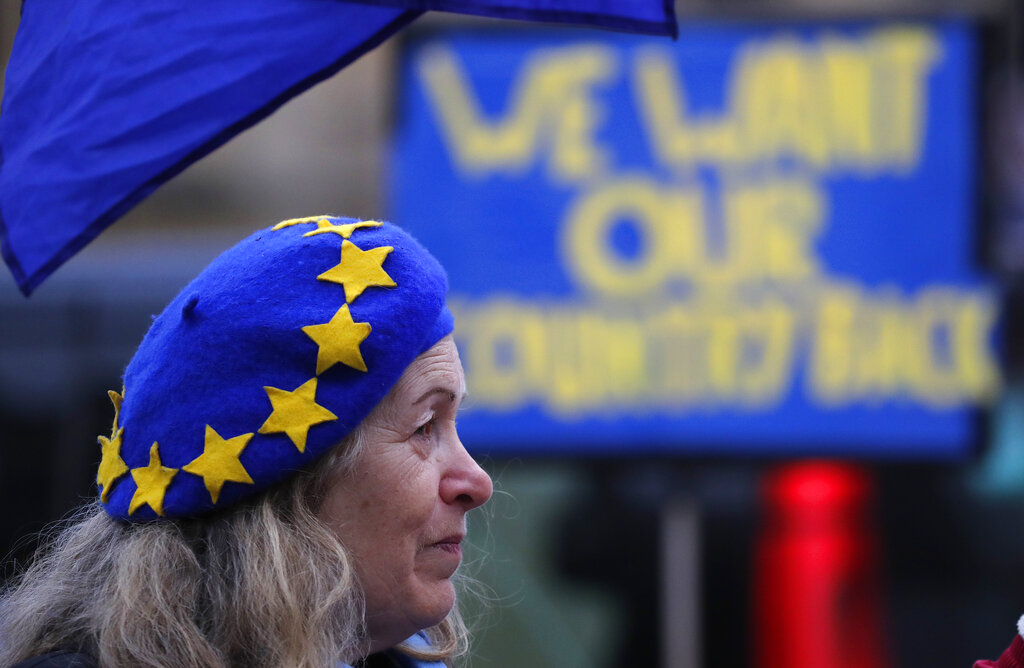 The British government has published a letter from European Union leaders that it hopes will ease U.K. lawmakers' worries over the Brexit agreement between Britain and the bloc.

The letter to Prime Minister Theresa May from European Council President Donald Tusk and European Commission President Jean-Claude Juncker offers an assurance that the most contentious part of the deal — the "backstop" insurance policy to maintain an open border between Northern Ireland and EU member Ireland — is intended as a temporary measure and "would only be in place for as long as strictly necessary."

But the letter also reiterates the bloc's refusal to renegotiate the divorce deal. The two men say "we are not in a position to agree to anything that changes or is inconsistent with the Withdrawal Agreement."

U.K. lawmakers are due to vote Tuesday on the Brexit deal, and it looks likely they will reject it.

British Prime Minister Theresa May plans to tell lawmakers she has received further assurances about her Brexit deal from the European Union, in a last-ditch attempt to win support for the unpopular agreement.

May is due to make a statement in the House of Commons Monday afternoon, a day before lawmakers are due to vote on her EU divorce deal.

May argues that defeating the deal could open the way for EU-backing legislators to block Brexit, with "catastrophic" results for Britons' faith in democracy.

A handful of previously opposed legislators got behind the agreement in the last few days, but they remain outnumbered by those determined to vote against it.

Defeat would throw Brexit plans into disarray, weeks before the U.K. is due to leave the bloc on March 29.

May says postponed Brexit vote to be held in January