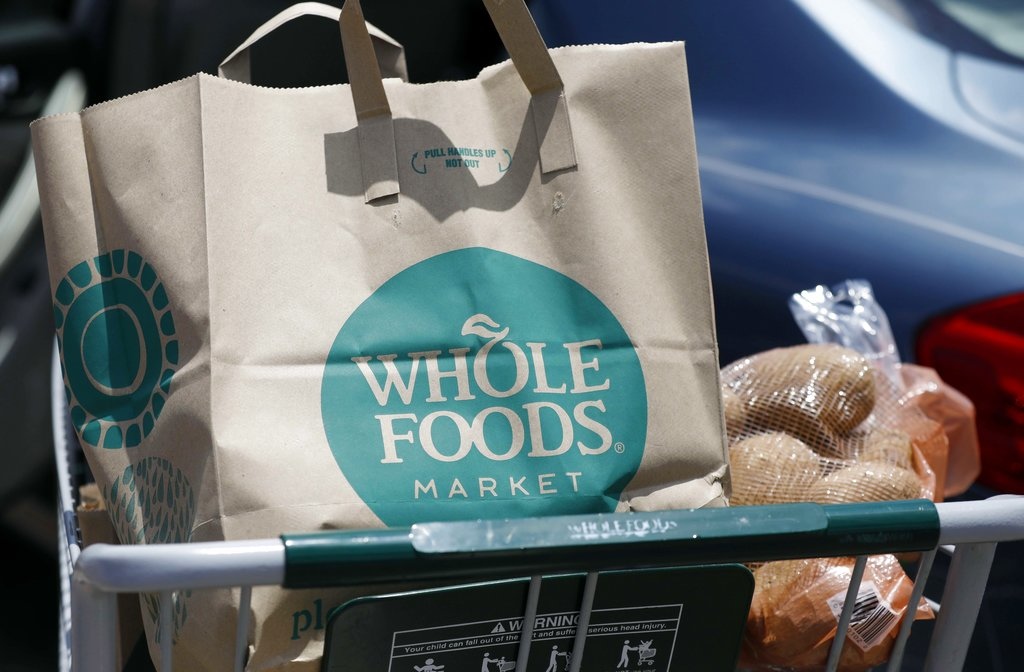 In this Friday, June 16, 2017, file photo, groceries from Whole Foods Market sit in a cart before being loaded into a car, outside a store in Jackson, Miss. On Wednesday, Aug. 23, 2017, Whole Foods shareholders will be voting on whether to approve Amazon’s $13.7 billion takeover bid of the organic grocer. (AP Photo/Rogelio V. Solis, File)

The Latest on Amazon's deal to acquire Whole Foods (all times local):

The US Federal Trade Commission says it will not block Amazon's $13.7 billion takeover of Whole Foods Market.

The agency said Wednesday that it had investigated to see if the deal would substantially lessen competition or constitute an unfair method of competition, and decided not to pursue the matter further.

A union that represents food-industry workers has asked the FTC to scrutinize the proposed acquisition closely, saying that it could hurt competition and lead to job cuts.

Regulators tend to block deals when two direct competitors are combining, and Amazon — despite its dominance in the online marketplace — doesn't currently have a big groceries business.

Whole Foods shareholders had voted earlier in the day to approve the deal.

The approval from Whole Foods shareholders on Wednesday is one of the steps required to close the deal. It also needs the go-ahead from government regulators. Seattle-based Amazon.com Inc. has said it expects the deal to close before the end of the year.

Before agreeing to the $13.7 billion offer, Whole Foods had been under intense shareholder pressure to improve results and retain customers who have more choices about where to get natural foods.

Amazon announced plans to buy Austin, Texas-based Whole Foods Market Inc. in June. The takeover would give the e-commerce giant more than 460 Whole Foods stores and the possibility of making big changes to the supermarket industry.