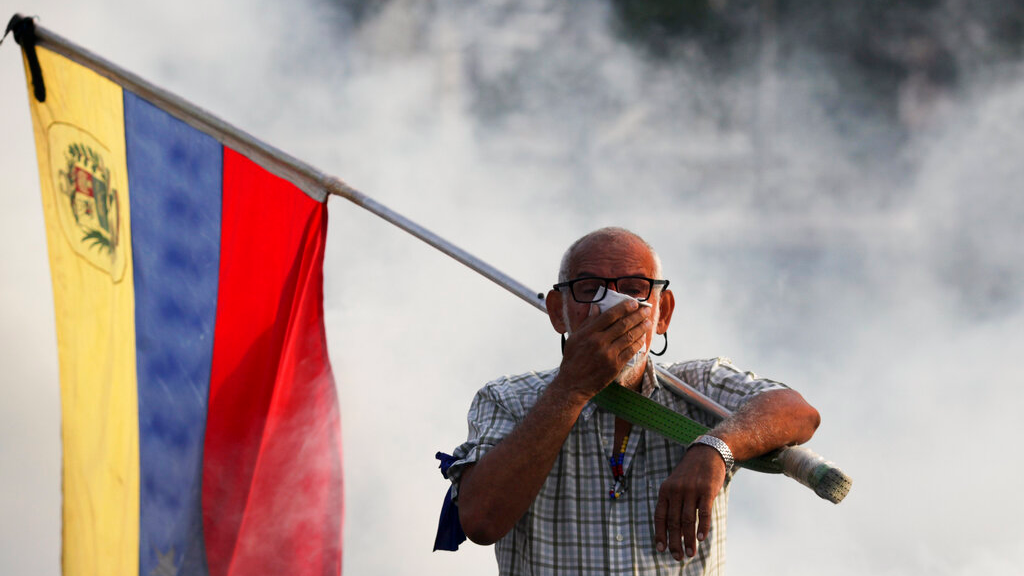 Spain's government has confirmed that Venezuelan opposition activist Leopoldo López is at the Spanish Embassy in Caracas following an attempted military uprising on Tuesday that aimed to overthrow President Nicolas Maduro.

Spain's government says López, who is Juan Guaidó's political mentor and Venezuela's most prominent opposition activist, is at the Spanish ambassador's residence in Caracas along with his wife and daughter.

The Chilean Foreign Minister Roberto Ampuero had already said on Twitter that López and his wife had made the "personal decision" to go to the Spanish Embassy because the Chilean Embassy "already had guests."

Detained in 2014 for leading a previous round of anti-government unrest, López said on Tuesday he had been released from house arrest by security forces following an order from Guaidó.

He called it the moment for Venezuelans to reclaim their democracy once and for all. But as the hours dragged on, opposition leader Juan Guaidó stood alone on a highway overpass with the same small cadre of soldiers with whom he launched a bold effort to spark a military uprising and settle Venezuela's agonizing power struggle.

Like past attempts to oust President Nicolas Maduro, the opposition seemed outmanoeuvred again Tuesday. What Guaidó dubbed "Operation Freedom" triggered a familiar pattern of security forces using repressive tactics to crush small pockets of stone-throwing youths while millions of Venezuelans watched the drama unfold with a mix of fear and exasperation.

The opposition's hoped-for split in the military didn't emerge, a plane that the United States claimed was standing by to ferry Maduro into exile never took off and by nightfall one of the government's bravest opponents, who defied house arrest to join the insurrection, had quietly sought refuge with his family in a foreign embassy.