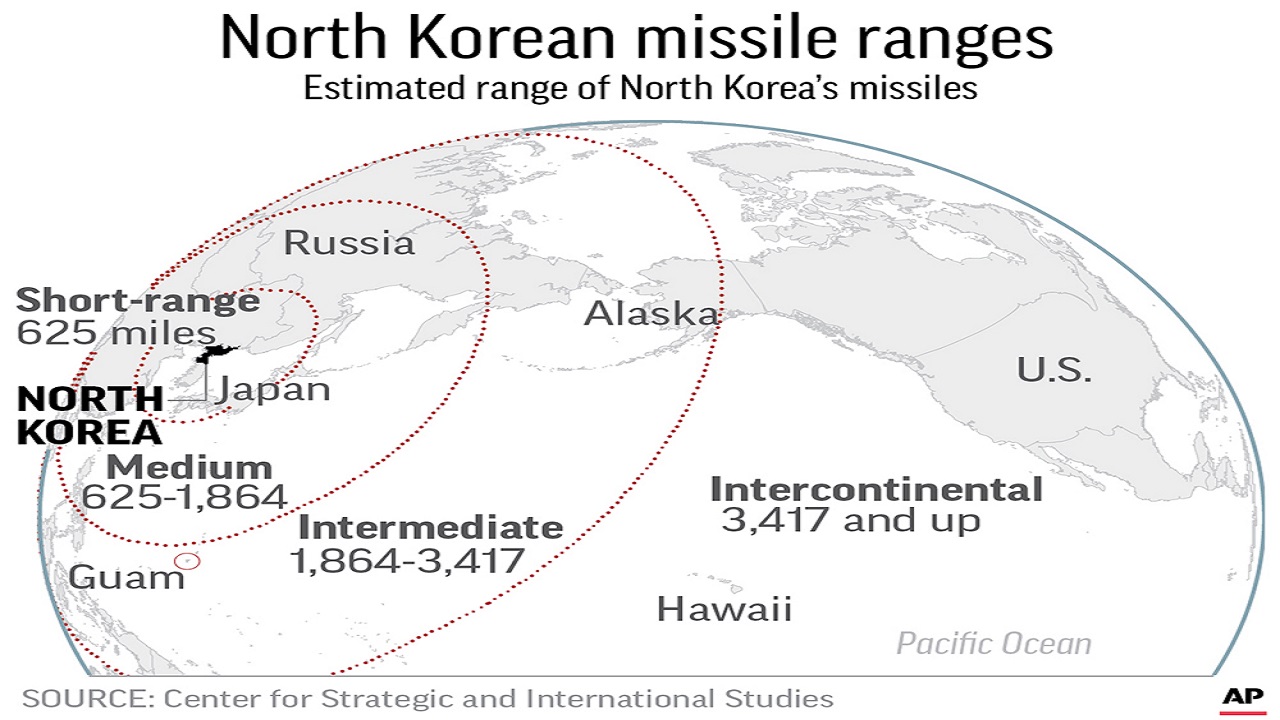 The Latest on North Korea's missile launch (all times local):

Japan's U.N. Ambassador Koro Bessho says the government has told the North Koreans "that we criticize their behavior in the strongest terms possible" following a new missile launch.

He told reporters Tuesday at U.N. headquarters that "we are very concerned and we have condemned them publicly."

U.N. Security Council President Sebastiano Cardi says he has been in contact with key U.N. members, but no request has been made yet for a meeting.

Cardi says he is scheduled to brief the Security Council on Wednesday.

Japan's chief Cabinet secretary says the missile might have landed inside the country's exclusive economic zone in the Sea of Japan.

Cardi says if it fell in that zone, it would be an "even greater" danger.

Japan's chief Cabinet secretary says North Korea has fired a missile that might have landed inside the country's exclusive economic zone in the Sea of Japan.

Yoshihide Suga says the missile appears to have been fired from North Korea's western coast and the government is gathering information and analyzing the launch data.

Suga says repeated provocation by the North is unacceptable and Tokyo has lodged a strong protest.

The Pentagon says it detected and tracked a single North Korean missile launch and believes it was an intercontinental ballistic missile.

Pentagon spokesman Col. Rob Manning said Tuesday that the missile was launched from Sain Ni, North Korea, and traveled about 1,000 kilometers (about 620 miles) before landing in the Sea of Japan.

Manning says the Pentagon's information is based on an initial assessment of the launch. He says a more detailed assessment was in the works.

Press secretary Sarah Sanders says in a tweet that Trump "was briefed, while missile was still in the air, on the situation in North Korea."

At the time of the launch, Trump was in a meeting with Senate Republicans on Capitol Hill.

The official wasn't authorized to speak publicly on the matter and demanded anonymity.

The Pentagon on Tuesday was more cautious, calling it a "probable" missile launch. Col. Rob Manning, a spokesman said, "We detected a probable missile launch from North Korea" at approximately 1:30 p.m. EST. He said the Pentagon is assessing the situation and has no further information to provide, including what kind of missile may have been launched.

It would be the first North Korean missile test since it launched an intermediate-range ballistic missile on Sept. 15 that flew over northern Japan and into the Pacific Ocean.

The Yonhap news agency is reporting that North Korea has launched a ballistic missile.

The Yonhap news agency reports that North Korea has launched a ballistic missile.

South Korea's military says the missile was fired from an area north of Pyongyang early Wednesday.

The news agency reported South Korea's Joint Chiefs of Staff saying that it and U.S. authorities are analyzing the trajectory.

The launch is the first since Sept. 15 when North Korea fired an intermediate ballistic missile.