The Latest: May asks for delay of Brexit until June 30 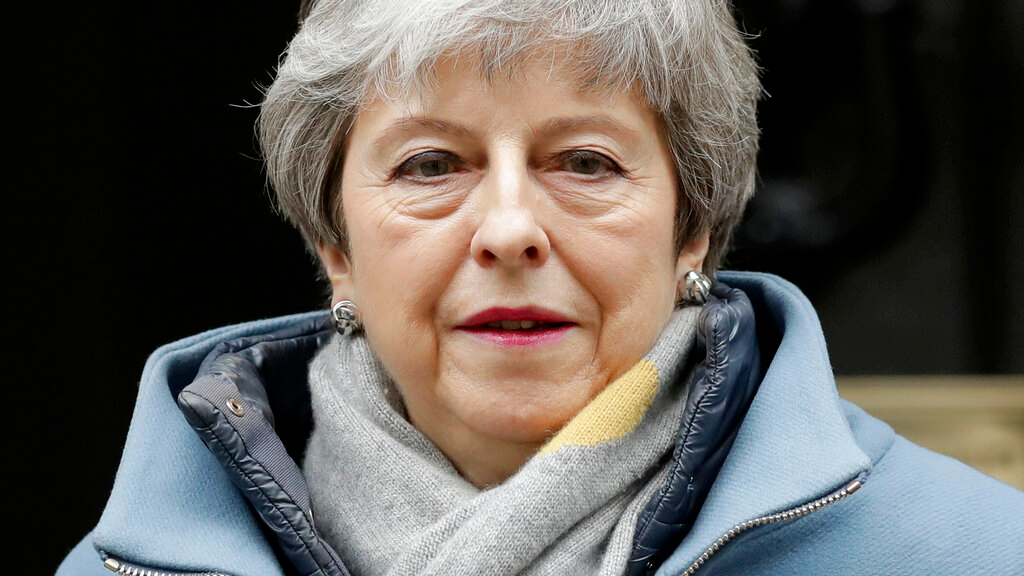 The Latest on Brexit talks (all times local):

The U.K. is currently due to leave the bloc in nine days, but Parliament has twice rejected May's divorce deal with the EU.

May told European Council President Donald Tusk in a letter seeking the extension that she intends to try a third time to get the deal approved.

A delay to Brexit needs approval from all 27 remaining EU member states, who are meeting in Brussels on Thursday.

Britain's Press Association is citing sources in the prime minister's office as saying May will write to EU leaders on Wednesday to formally request "a bit more time." Parliament last week voted for a three-month delay to the end of June, but some EU leaders have suggested another two years might be necessary.

Education Secretary Damian Hinds told the BBC on Wednesday that a shorter delay is the right option.

Hinds says the process has already gone on for more than two years, "and I think people are a bit tired of waiting for Parliament to get our act together and get the deal passed."

The head of the European Union's executive branch says a decision on a delay to Brexit is unlikely at this week's EU summit and the bloc's leaders may have to meet again next week.

British Prime Minister Theresa May is expected to ask the EU for a delay to Brexit, currently scheduled for March 29, ahead of an EU summit starting Thursday. European Commission President Jean-Claude Juncker said that he hadn't received a letter as of Wednesday morning.

Juncker told Germany's Deutschlandfunk radio: "My impression is ... that this week at the European Council there will be no decision, but that we will probably have to meet again next week."

He added that "Mrs. May doesn't have an agreement to anything, either in her Cabinet or in Parliament."