The Latest: Military takeover in Zimbabwe 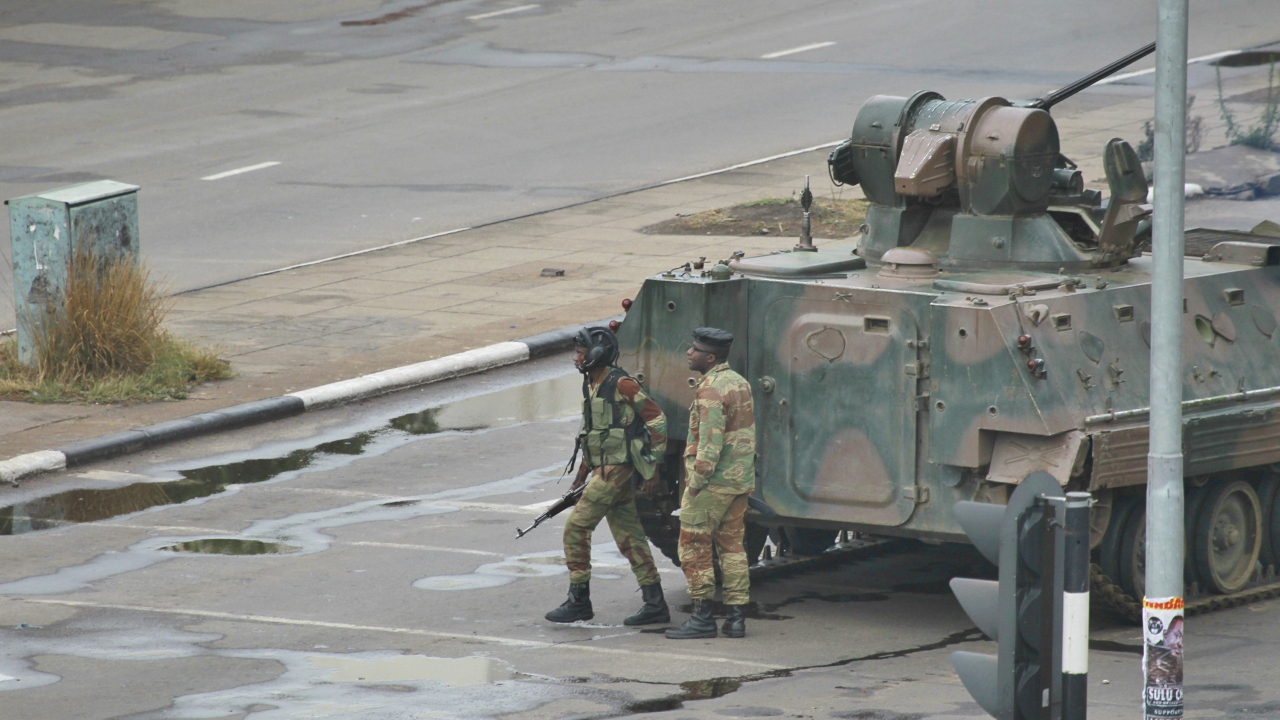 A military tank is seen with armed soldiers on the road leading to President Robert Mugabe's office in Harare, Zimbabwe Wednesday, Nov. 15, 2017.

HARARE, Zimbabwe (AP) — The Latest on the military takeover in Zimbabwe (all times local):

The head of Zimbabwe's influential war veterans association says they stand with the army and that President Robert Mugabe should be recalled as president and ruling party leader.

Victor Matemadanda told reporters in the capital, Harare, that the country has been sliding into a "state of chaos."

He says the ruling party should establish a commission of inquiry into Mugabe and why he decided to let his wife insult veterans and the armed forces.
___

12:55 p.m.
South Africa's president says he has spoken with Zimbabwe President Robert Mugabe and that the 93-year-old leader is confined to his home but is "fine."

A statement by President Jacob Zuma's office continues to refer to Mugabe as Zimbabwe's president.
Zuma is sending South Africa's ministers of defense and state security to Zimbabwe to meet with Mugabe and the military there.

Zuma, in a statement issued from his office Wednesday, called for "restraint and calm" and "expressed hope that developments in Zimbabwe would not lead to unconstitutional changes of government as that would be contrary to both SADC and African Union positions."

Zuma urged all members of the Zimbabwe government and the military to "resolve the political impasse amicably."

In the wake of the military takeover in Zimbabwe, the national police force has recalled all officers on leave. A top police official who insisted on anonymity because he was not authorized to speak to the press told The Associated Press that all police on leave have been ordered to return to their posts immediately.
___

Zimbabwe's army said Wednesday it has President Robert Mugabe and his wife in custody and is securing government offices and patrolling the capital's streets following a night of unrest that included a military takeover of the state broadcaster.

The night's action triggered speculation of a coup, but the military's supporters praised it as a "bloodless correction."

Overnight three explosions were heard in the capital, Harare, and military vehicles were seen in the streets.

The military actions appear to put the army in control of the country.

Coronavirus cases in the Caribbean to date: 70,444