The Latest: NATO wants pressure ramped up on North Korea 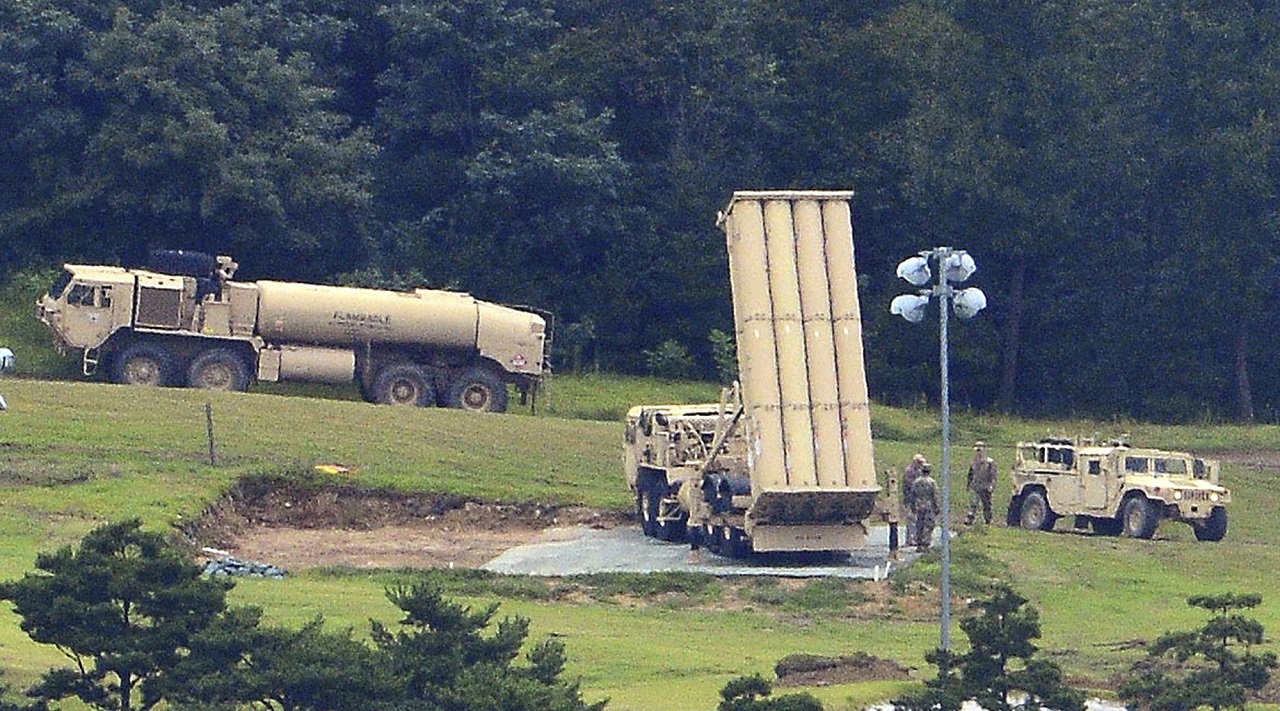 The Latest on North Korea's nuclear test (all times local):

The NATO military alliance is calling for international pressure to be ratcheted up against North Korea following its latest nuclear test.

NATO ambassadors said after talks in Brussels on Wednesday that "it is now imperative that all nations implement more thoroughly and transparently existing U.N. sanctions" against the North.

They urged more efforts to pressure North Korea to abandon what they called its "current threatening and destabilizing path."

The 29-nation U.S.-led alliance expressed full solidarity with Japan and South Korea, North Korea's neighbors. No mention was made of other retaliatory measures, such as the possible use of force.

U.S. President Donald Trump has said that "now is not the time to talk to North Korea" and that "all options remain open to defend the United States and its allies."

U.S. President Donald Trump has spoken with the leaders of Britain and Australia about North Korea's latest nuclear test.

To May, Trump stressed "now is not the time to talk to North Korea" and that "all options remain open to defend the United States and its allies." He and May agreed to continue work on "increasing diplomatic and economic pressure on North Korea."

The White House said Trump and Turnbull "confirmed that their two countries will intensify joint efforts to denuclearize North Korea." Trump repeated his commitment to "defending the homeland, territories, and allies of the United States, using all available diplomatic and military capabilities."

Trump is to speak Wednesday with China's president.

Mattis and South Korean Defense Minister Song Young-moo spoke on Tuesday, and the U.S. Defense Department said in a statement Wednesday that Mattis made clear that any threat to the U.S. and its allies would be met "with a massive, effective and overwhelming military response."

Their conversation came days after North Korea's latest — and most powerful — nuclear test.

President Donald Trump — in tweets after the North's test on Sunday — faulted South Korea for what he called its "talk of appeasement" toward the North, and didn't specifically mention that the U.S. is obligated by treaty to defend its ally in the event of war.

China has once again urged the U.S. and South Korea to halt the deployment of a high-tech missile defense system in South Korea.

The U.S. military is to add more launchers Thursday to a Terminal High-Altitude Area Defense battery that it began setting up in rural South Korea earlier this year.

Geng says the THAAD system would aggravate tensions on the Korean Peninsula and jeopardize the strategic and security interests of China and other countries.

Seoul's Defense Ministry said Wednesday that four launchers and construction equipment will be moved to the former golf course where the Terminal High-Altitude Area Defense system has been set up.

A THAAD battery normally consists of six launchers, but only two have been operational so far at the site in rural Seongju.

The placing of additional THAAD launchers will likely trigger an angry response from area residents and activists who have opposed the system.

They have raised worries over rumored health hazards linked to the system's powerful radar and the possibility that the town will become a target of North Korean attacks.

Speaking after the talks with the visiting South Korean president, Putin in televised remarks urged North Korea's neighbors to support the Russian-Chinese roadmap. He said it "offers a genuine way to defuse the tensions and a step-by-step settlement."

Russia and China both share a border with North Korea.

U.S. Ambassador to the U.N. Nikki Haley has dismissed the Russian-Chinese roadmap, saying the United States is "done talking about North Korea."

Russian President Vladimir Putin has called for talks with North Korea, saying sanctions are not a solution.

Putin made the remarks Wednesday after meeting with South Korean President Moon Jae-in in Vladivostok, Russia.

North Korea says it detonated a hydrogen bomb in its sixth nuclear test on Sunday.

Putin, speaking in China on Tuesday, had condemned the nuclear test as provocative, but said that Russia views sanctions on North Korea as "useless and ineffective."

South Korean President Moon Jae-in has said ahead of a meeting with Russian President Vladimir Putin that he hopes their two countries can work together to resolve the North Korean nuclear issue.

The leaders of South Korea and Japan are holding talks with Putin in Vladivostok on the sidelines of a conference on economic development of Russia's Far East.

Moon said Wednesday that the situation could get out of hand if North Korea's missile and nuclear tests aren't stopped. The North says it detonated a hydrogen bomb in its sixth nuclear test on Sunday.

Abe will meet Putin on Thursday. He told reporters before his departure from Japan that "We must make North Korea understand there is no bright future for the country if it pursues the current path."

Trump says 'talking is not the answer' with North Korea

UN Security Council weighs what to do next on North Korea